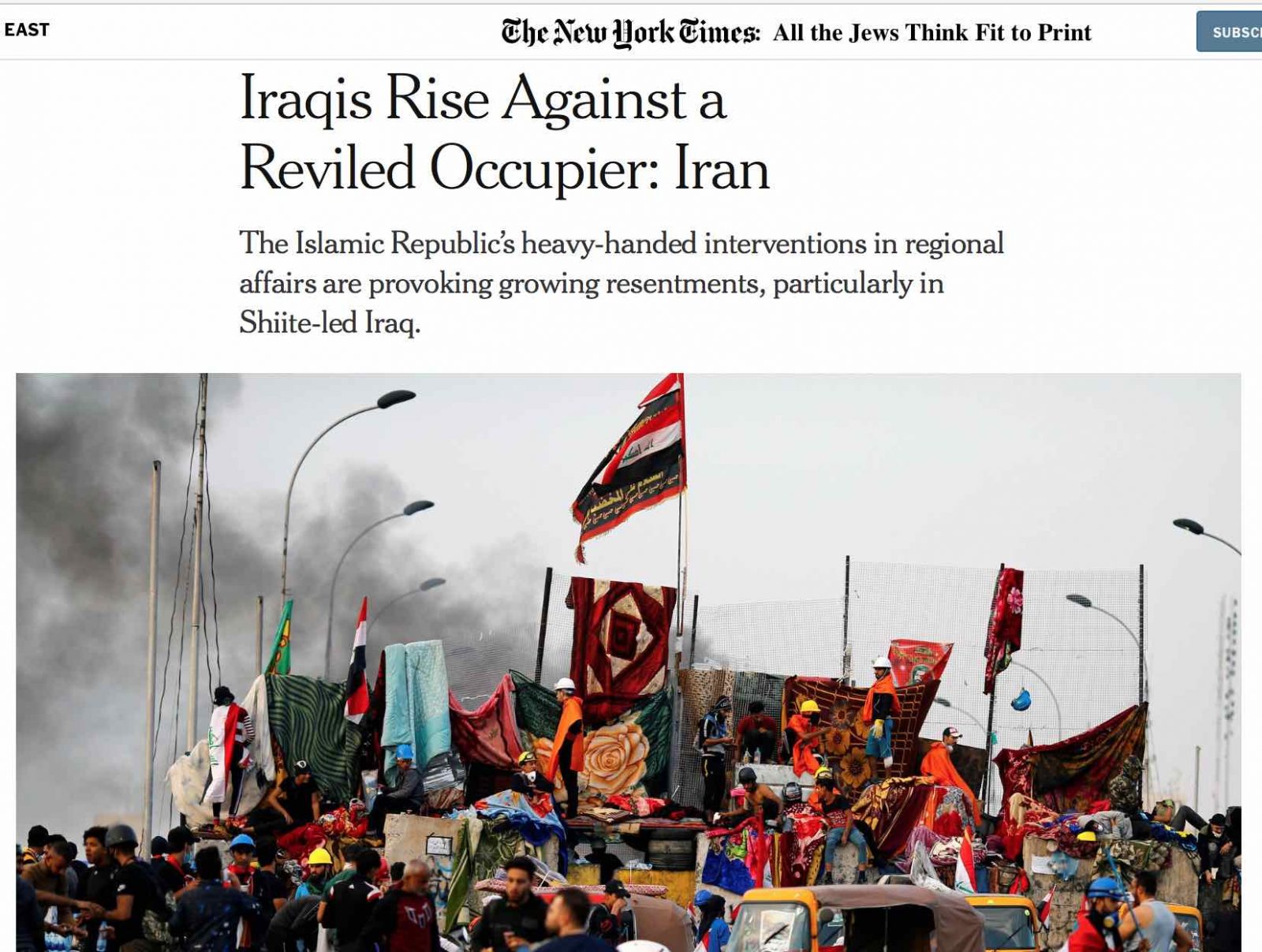 I wrote this article two weeks ago. Since then, it has become abundantly clear that its thesis is correct. -KB

In early October, violent protests broke out in Baghdad and other Iraqi cities. Some of them degenerated into all-out riots. Eight members of the security forces and almost 100 civilians were killed, and more than 5,000 wounded. At the time of this writing (October 21), the situation is beginning to flare up again as the Arba‘in pilgrimage winds down.

The protestors decry economic stagnation and corruption — two very real problems. But circumstantial evidence, including the timing and context of the protests, the Saudi origins of much of its social media support network, and the targeting of relatively independent Prime Minister ‘Adil ‘Abd al-Mahdi less than a year into his term, suggest that American-Zionist colonial forces may be indulging in their usual color-revolution-style shenanigans…