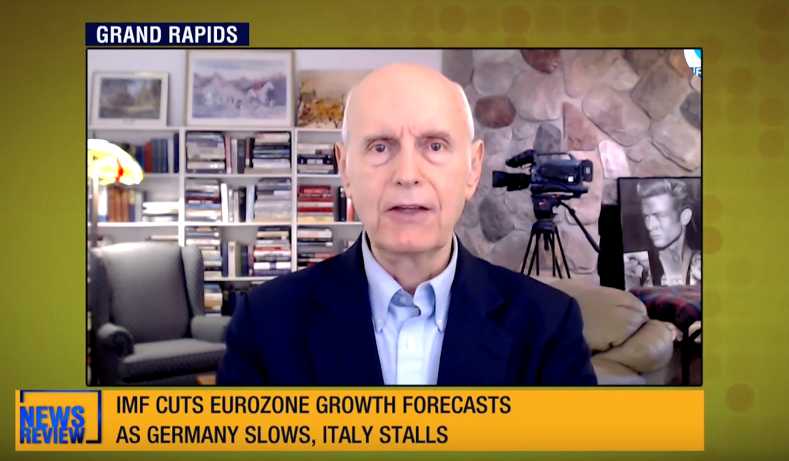 [ Editor’s Note: This was a juicy topic. The EU downturn is partly due to its own foolish moves over sanctions against Russia for “taking over” Crimea when it voted overwhelmingly to rejoin Russian rather than receiving the neo-Nazi treatment from those the EU, US and NATO backed in overthrowing the Ukrainian government.

Sure, the former Ukraine government was corrupt, but the replacements murdered lots of people simply because they were ethnic Russians, and the US government and the EU had no problem with that whatsoever. 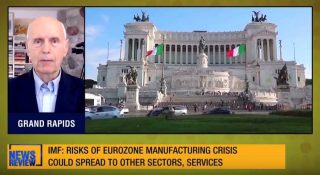 Later, the European JCPOA partners rolled over on the JCPOA by not doing the major trading due with Iran, starting with buying a million barrels of oil a month, hiding behind the Trump sanctions threats with unfulfilled promises of “we’ll live up to the deal eventually”.

Europe lost the largest Airbus buy order, 100 planes, that it may never see again, and Boeing the same due to Trump breaking the deal.

On the Airbus deal, because US parts and technology were used – part of free and friendly trade with the EU – that allowed the US to kill that order. So all the pent-up import demand that could have helped EU economies went up in smoke and it is looking at 1.2% growth, with worse coming for the next two years.

That is not leadership. It is the total absence of leadership. Shame on the EU for not standing up for its people and the Iran deal. What the EU has done is to show that talk is cheap, with five years of negotiation thrown out the door.

That will hurt them down the road, likewise with the US’ sanctionista foreign policy. It will get worse before it gets better, which I cover in the second part of today’s PressTV interview, starting at 3:40 … Jim W. Dean ]