The team suspects the debris—spotted at a depth of 20,400 feet, making it the deepest shipwreck discovered to date—is all that remains of the U.S.S. Johnston DD-557, which was destroyed by Japanese warships in the Battle off (not of) Samar on October 25, 1944. Per the Naval History and Heritage Command (NHHC), Samar was one of four military engagements in the Battle of Leyte Gulf, a major aerial and naval conflict won by Allied forces.

The Petrel, the ROV research vessel responsible for capturing footage of the sunken destroyer, is the subject of a new expedition video posted on Facebook by Vulcan Inc., which owns and operates the vehicle. Researchers released the film to coincide with the 75th anniversary of the Johnston’s sinking and seek the public’s help in confirming the ship’s identity.

Although the archaeologists were able to determine that the wreck belonged to a Fletcher-class destroyer, they remain uncertain whether the debris in question represents the Johnston or the U.S.S. Hoel DD-533, another destroyer sunk at Samar. 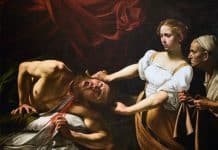 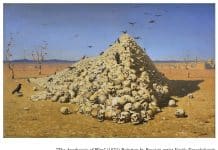 100 seconds to the apocalypse: Philosophy of war and the war of philosophies