[ Editor’s Note: Left out of all the reporting on this story is how both parties know how critical the timing for this is for Trump, even more so with his impeachment going forward.

Trump knows his State of the Union address will be the big kickoff for his 2020 campaign, which will need a big start to take attention away from his legal issues.

He will crow on and on about how he outfoxed the Chinese and how lucky the country is to have a man like him as their president. Not a word will be mentioned about US suppliers losing $40 billion in export business to Huawei, who will be giving it to the EU instead.

His attorneys will be challenging in the US Supreme Court his appeals court ruling that he has to turn over his tax returns to the grand jury. No one knows what it will rule, as it is uncharted territory.

If they lose there Trump could be toast, as insiders indicate that there are years of felonies where the books were juggled to look better for getting loans or saving on taxes, which will implicate the long time company accountant and others.

Lesser known is that the tax charges are just a tipping point that could open up a new case of fraud and maybe even RICO statute charges of “running an ongoing criminal enterprise”. That could trigger asset forfeiture. This mess will “hit the fan” next spring during the campaign season.

Will any of this affect the Trump diehards? No. But you can be sure it will affect independents and even Republicans in Congress who will want to save themselves from going down the tubes with Trump.

The worst-case scenario is Trump stepping down to let Pence take over, but who would not run for the Presidency. Any other Republican wanting a shot at the oval office will have to be ready to go at a moment’s notice. Mitt Romney is currently the only one waiting in the wings, and he has his own baggage that VT will be ready to republish.

Some of the conflicts in the world could get quickly wrapped up next year, as many have been suspecting that Trump has been stalling on a number of things to publicize successes at needed points in the campaign season.

As for impeachment, the Senate is a long shot for convicting him. But if they don’t do it even on a strong case and more comes out with the tax case, then the Trump blood will splatter onto the Senate Repubs and they will have to face that during their re-election campaigns.

Expect 2020 to become known as the take-no-prisoners, political gang-wars year. We could see things happen that we have never before seen – both good and bad… Jim W. Dean ] 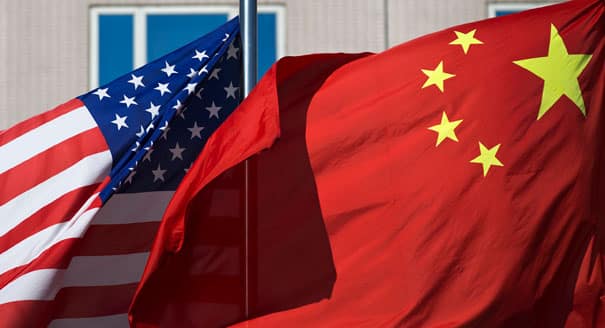 China’s Commerce Ministry said on Thursday that an agreement has been reached with the United States to proportionally cancel existing tariffs between the two countries in phases. According to the ministry’s spokesman Gao Feng, the amount of tariff relief that will come in the first phase will depend on the content of that agreement.

The first phase of the trade deal is expected to be signed in the coming weeks. A comprehensive trade agreement can only be signed under a condition that all tariffs are removed “simultaneously and proportionally,” he stressed.

The announcement comes as US President Donald Trump and his Chinese counterpart Xi Jinping are expected to meet in the near future to discuss the long-awaited interim trade deal. A senior Trump administration official told Reuters on Wednesday that the deal could be delayed until December as discussions continue over terms and venue.

Dozens of venues have been suggested for the meeting, which had originally been scheduled to take place on the sidelines of a now-canceled mid-November summit of Asia-Pacific leaders in Chile.

According to the official, London is among possible locations. The two leaders could meet after a NATO summit that Trump is due to attend from December 3-4, the official said. “It’s under consideration but nothing decided,” said the US official.

The trade row between the world’s two biggest economies has been going on for over a year, resulting in multiple rounds of tit-for-tat tariffs and restrictions. An interim US-China deal is widely expected to include Washington’s pledge to scrap tariffs scheduled for December 15 on about $156 billion worth of Chinese imports, including cell phones, laptop computers and toys.

Washington and Beijing have been exchanging tariff hikes on billions of dollars’ worth of each other’s goods. In 2018, the Trump administration began imposing tariffs and other trade barriers on China to force Beijing to make changes to what it called “unfair trade practices.”

The latest escalation took place in August, when the US began gradual imposition of tariffs on some $300 billion worth of Chinese imports. Beijing retaliated with levies targeting around $30 billion-worth of US imports, mostly affecting products that are sensitive for the US agricultural sector.

In September, the US temporarily exempted some 400 types of Chinese products. The list included coffee filters, patio torches and skateboards. All the products were part of the $250 billion worth of Chinese goods that the Trump administration targeted last year. The US exemption followed the decision by China’s Ministry of Finance to exempt 16 US product lines from Chinese tariffs.