The cat is out of the bag. The UK is potentially complicit in a war crime. With typical insouciance the U.S. military dropped this bombshell by tweet and apparently without realizing the implications for U.S. partners: 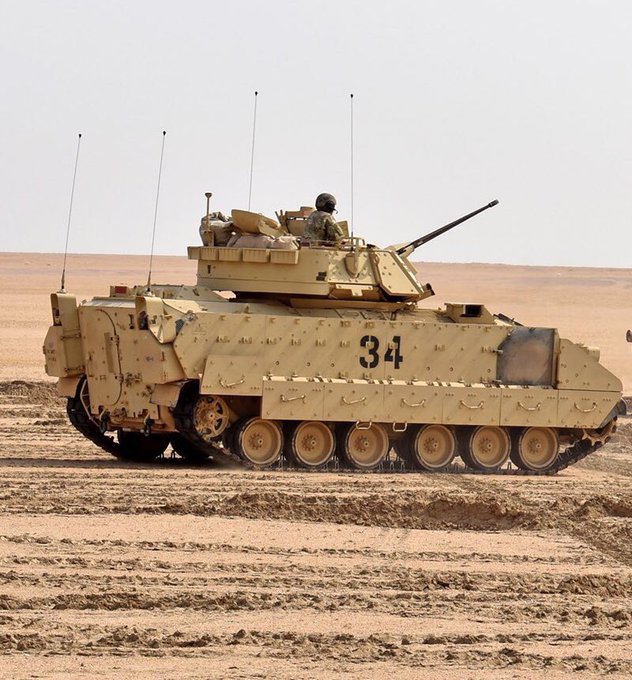 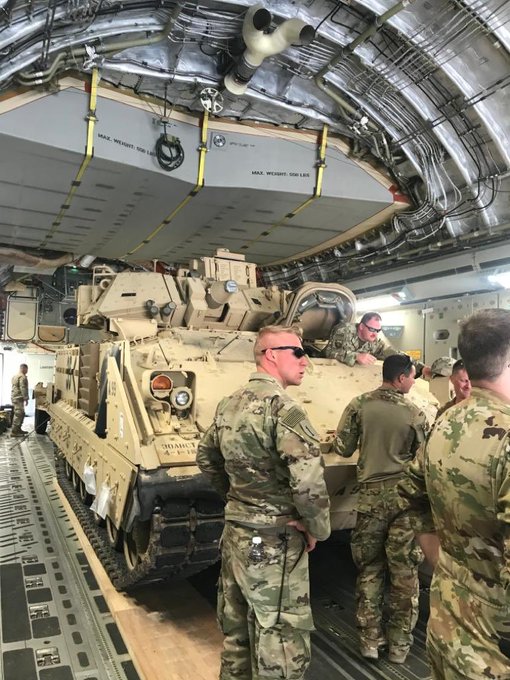 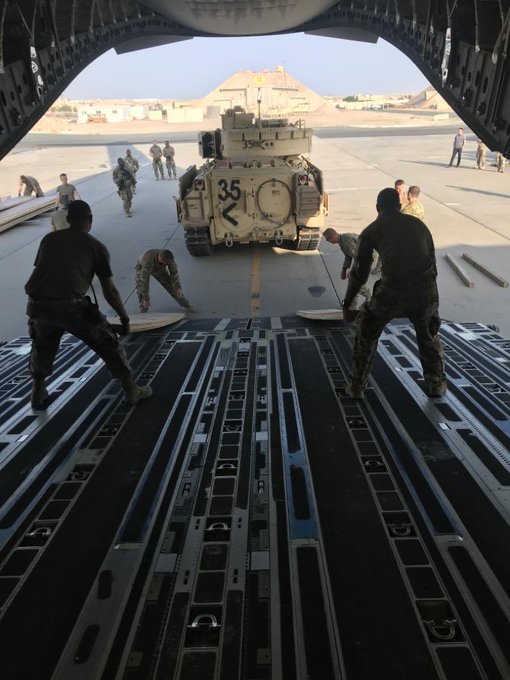 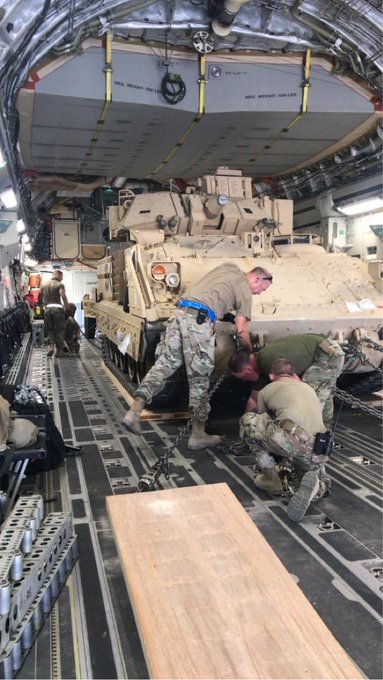 143 people are talking about this

If, as per the spokesman’s statement, the forces being redeployed to Syria’s oil-producing areas are Inherent Resolve forces, it follows that those troops are doing so in the name and under the aegis of the Coalition. Simple. Ah yes, but awkward for the British government to admit – awkward for practical, political and legal reasons.

In practice, if this is a Joint Task Force Operation as we are told by the U.S. spokesman, it would be next to impossible for the deployment in Deir Ez Zor province to be taking place without some input from the senior UK officers embedded with the U.S. military in the Coalition Joint Task Force headquarters (the Deputy Commander is a British general) and active in carrying out Operation Inherent Resolve.

Politically this matters because hitherto all the opprobrium leveled at President Trump for allegedly ‘looting’ Syria’s oil has spared other participants in Inherent Resolve, including the UK, France, and Germany. How awkward it might be for Boris Johnson, facing an election, to find himself tarred with yet another Trump brush to put alongside Trump’s alleged grab for the UK National Health Service.

Legally this matters because if Trump puts into practice his promise to seize Syrian oil production, that will constitute, according to authoritative legal experts, a violation of international law against ‘pillaging’ enshrined in the Fourth Geneva Convention and thus constitute a war crime. Any party complicit in pillaging, and that would surely include other parties in the Joint Task Force, even if only headquarters staff and not boots on the ground, could also be culpable. The British government might find itself challenged in a UK court even if no international court could be found willing to act.

A nightmare for British government lawyers

This is the stuff of nightmares for British government lawyers.

Parliament is already alerted. The independent peer Baroness Cox prompted the following exchange with a government minister by putting down a tricky parliamentary question.

We can take that as an embarrassed ‘yes’.

You can picture Lord Ahmed squirming.

The British government may soon find itself complicit in harboring and funding terrorists because of Inherent Resolve’s involvement in pillaging Syria’s oil.

The U.S. says it will work with the Syrian Democratic Forces (SDF) to ‘safeguard vital infrastructure’ and will route proceeds of oil sales to the SDF to pay for its role, described as being anti-ISIS. What this overlooks is that the oilfields are not in Kurdish areas, which are mainly in the north, near the Turkish border, but in southern Deir Ez Zor province, which is dominated by Sunni Arabs who formed a core constituency for ISIS. This area is not far from Raqqa. The nominally SDF forces in the area, with which the U.S. will have to work, are mainly Arab and notoriously marbled with ISIS fighters. This part of the SDF has been described as ‘SDF by day, ISIS by night’. Not that they will not make excellent guards. These fighters, far from attacking the U.S., will likely be delighted to find the U.S. not only creating a safe haven for them but funding them as well.

Aiding terrorism, committing war crimes: a prospect to make any UK politician gulp. No wonder the parliamentary answers were evasive, even more so than usual with the grand yet nebulous ‘Global Coalition’. (In answer to another awkward question asking how many ISIS the Coalition had killed or detained in Syria in the last two years the FCO claimed implausibly that the government ‘does not hold this information’, no doubt to avoid having to acknowledge that the number is tiny and that the main purpose of the Coalition is to deny territory to Assad.)

With the UK Parliament already on alert, how long will it be before Congress wakes up to this scandal-in-the-making?

Peter Ford is a former British Ambassador to Syria and Bahrain, he also served as a UN expert on refugees.