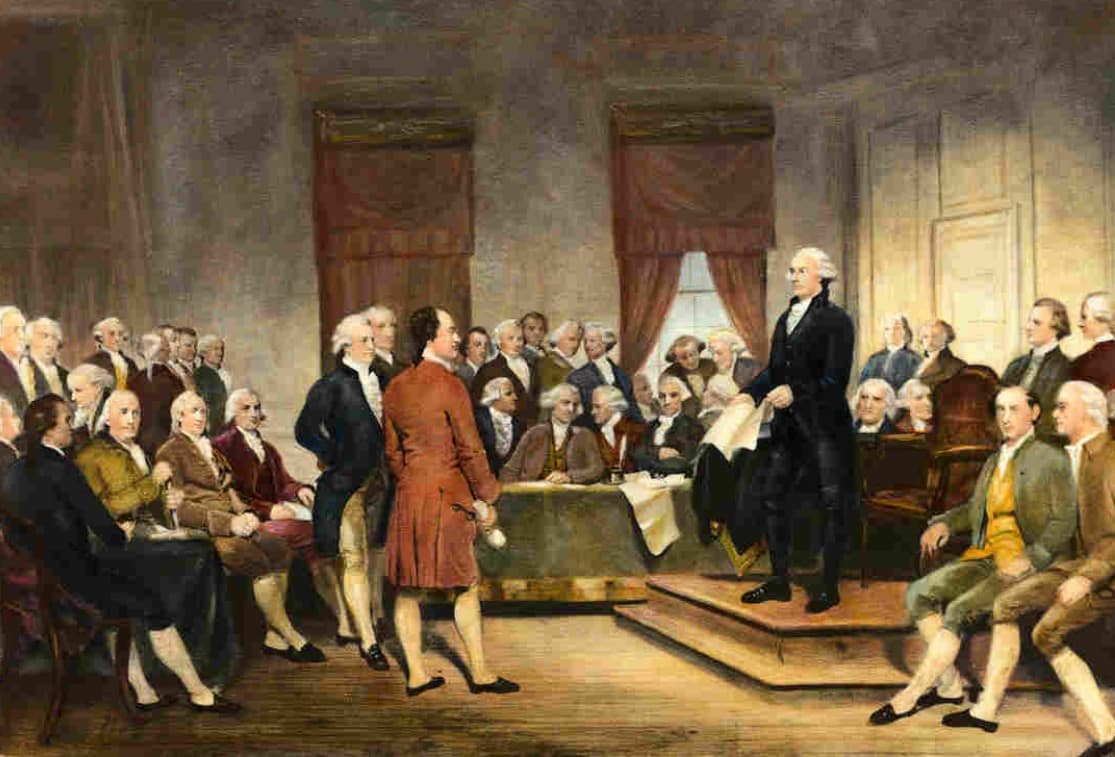 By Bill Willers for Veterans Today
–
“We shall have world government, whether or not we like it. The question is only whether world government will be achieved by consent or by conquest.” — James P. Warburg, February 17, 1950
–
“Patriotism is the exact opposite of nationalism. Nationalism is a betrayal of patriotism.” — French President Emmanuel Macron, November 11, 2018
–
Macron spoke the words shown above on the centennial observance of the Armistice following World War 1. He was in front of the Arch of Triumph, itself a symbol of French nationalism, this making his statement surprisingly and amusingly ironic. Nearby were many world leaders, including German Chancellor Angela Merkel who, in a similar vein, has said that nations must “give up their sovereignty“.
–
One widely reported interpretation of Macron’s statement in English was “Nationalism is treason”, although the “treason” was implied. In any event, Macron’s blunt comment was a rebuff of President Trump, who was also present at the speech, as Trump had openly touted his “America First” policy, and has since defended it before the UN.
–
Regarding “nationalism” vs “patriotism”, both the Merriam-Webster Thesaurus and the Oxford American Writer’s Thesaurus — and certainly any other you might consult —  show the two to be virtually synonymous when “nationalism” is tempered with common sense and respect for others, rather than a form of racist chauvinism.
–
That so, Macron’s statement is just a politician’s gibberish. And although some correctly consider the speech rude insult, given the goal of the globalist initiative, of which Macron is a prime mover, there is a logic behind the comment and its timing.
–
Central to the one world governing structure envisioned by globalists, such as Macron, is the free circulation of capital all over the world, with all nations incorporated within the single system. In their model, no nation or collective of nations would be permitted to bow out of the global financial system to go it alone. Given the nature of the model, it would be natural for globalists to favor the breakdown of national boundaries, and to consider nationalist inclinations within populations to be in conflict with globalist goals.
–
Demonizing the attachment of individuals to their respective nations — nationalism — is a facet of the globalist movement that wants open borders. Over time, the erasure of national borders would naturally lead to a breakdown of cultural identities among impacted peoples.
–
Nevertheless, even nationalistic tendencies based on the most hospitable, non-aggressive of sentiments —  love of home and of culture —  represent barricades on the globalist’s road to one-world government. Globalists are therefore impelled to stamp them out by any means, including linking them to anti-immigrant racism and eco-fascism.
–
Everyone’s country is exceptional and the best in the world, for the self-same reason that everyone’s mother is the best in the world, for both are a part of the individual’s psychological and emotional core. They are the same natural and affirmative sentiment expressed at different levels.
–
It is innate in the human psyche to cherish the landscape of home and to see to its integrity. It is also perfectly proper for citizens to harbor love of their country’s unique culture — its language, idiom and literature, art, music, architecture, cuisine, even unique peculiarities. But this is exactly what is being trashed as part of the multi-pronged strategy toward one-world government, with its demands for open borders, where people made rootless “human resources” may be utilized and prompted to migrate according to centralized interests.
–
It is bitter irony that de-nationalizing of the individual is being depicted as a move toward the desirable status of “world citizen”, when the precise opposite is the truth. A sophisticated world citizen would certainly rebel against the leveling environment resulting from the erasure of national boundaries with its collateral erosion of unique cultures. It is characteristic of the truly cosmopolitan personality to treasure the rich diversity of the world’s distinctive cultures, in addition to one’s own, and to have a civil interest in seeing to their integrity and continuance.
–
As national boundaries become eroded, the privatization of virtually everything is being advanced apace, often inserted into society as “public-private partnerships” in which the dominant partner is never in doubt. This privatization surge is not focused at the level of personal belongings or family homes, but on control of the world’s natural resources and life’s necessities —  as basic as water and food —  by global powers primarily in the form of multinational corporations lacking any national allegiance, and the financial entities that serve them. Aided naturally by accommodating political players and media.
–
But nothing is as insidious is the prospect of a single universal electronic currency, and that is clearly the goal toward which humanity is being herded. That every keystroke one makes can be —  and certainly is —  recorded by governments is common knowledge. Only the fact that physical money is available makes privacy possible. But pressure to eliminate cash continues to mount. –
–
Bankers everywhere are creating digital forms of money, and the Federal Reserve, pressed by Congress, is on the cusp of doing so. If physical paper and coin are disappeared, to be replaced by electronic currency — ultimately a single global form — the last vestige of privacy will have been snuffed  and the human family, with credit cards their sole means for survival, will have become effectively “chipped”. Enter: the new internationalized citizen, complete with detailed file.
–
In the final analysis, killing nationalism is a key to the homogenization of humanity that is necessary for the World Government James Warburg assured the U.S. Senate we shall have.
–
In the current divisive and simplistic climate, in which an ill-informed and fearful majority has neither time nor inclination to appreciate fine distinctions in interpreting current issues, it has been easy to frame nationalism as a simple either-or situation:
–
Either you’re a bigoted, fascistic nationalist, or you’re with us globalists! Patriotism is dead! Nationalism is treason! Down with national borders! Long live globalism and One World Government!