[ Editor’s Note: This was a smooth move by Russia, getting an airbase set up in northern Syria for protecting joint Turkish and Russian patrols – but from who I might ask? Will they be attacked by the SAA or the SDF Kurds? I don’t think so.

These helicopters can be used for a lot more important adversaries than the Kurds. If the US wants to defend getting its oil from ISIS who stole it from Syria, I certainly think that Russia could defend Syria’s oil WITH its permission.

At the end of the day, Russia’s always bothering to have a legal basis for its deployments – as opposed to the unipolar short-cut version of “We do what we want to do for whatever reasons we choose” – and that will help Russia win the credibility war. A growing number of Americans including veterans are beginning to understand the real US foreign policy: “We have the power to take what we want, why not use it.”

The US Special Operations command is risking putting a big stain on its reputation, in that many might view their morphing into what could be considered a mercenary force – guns for hire in an overseas Wild West show of grabbing resources, with the US taxpayer debt funding the effort.

Who are the big dummies in all this? Are any of the parents that put their kids into the military having second thoughts – some of whom opening admit they did so for the educational benefits, not really to defend the country?

Defend it from whom? Is Iran a bigger threat than Israel is to us?

Are China and Russia circling us with bases, or installing medium range missiles into “first strike” positions; for instance having to “protect Canada” from us to justify military intervention? Of course, these are ridiculous assertions until the US makes them.

It’s not more preposterous than the latest US fake explanation that US troops are returning to Syria to defend its oil fields from ISIS, when most of the remaining ISIS is under US and Turkish control. Who makes this sh_t up? … Jim W. Dean ] 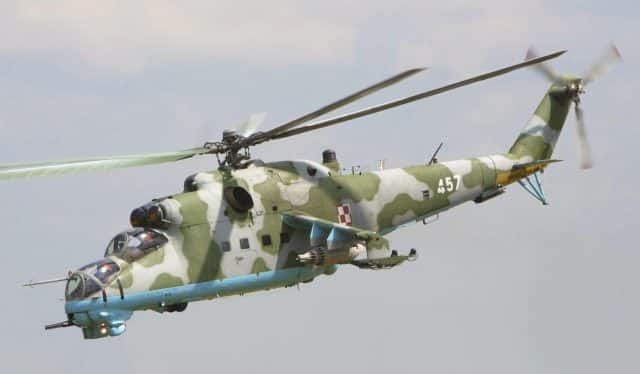 Russia has deployed military helicopters to assist and protect its military police patrolling along Syria’s border with Turkey.

Russia’s Interfax news agency reported the deployment on Friday, citing a military pilot as saying that flights would be conducted on a daily basis in an altitude of 50-60 meters along several patrol routes.

Turkish and Russian troops have been engaged in joint patrols in northeastern Syria in a bid to verify the withdrawal of Kurdish militants from an area bordering Turkey.

Last month, an agreement was reached between Moscow and Ankara in Sochi on the parameters of a “safe zone,” an area void of Kurdish forces which Ankara regards as terrorists, to be drawn 30 kilometers deep into Syria from the Turkish border.

The Kurdish-led Syrian Democratic Forces (SDF) were consequently given 150 hours to pull out troops from the region. The Kurds announced their complete withdrawal from the border area on Sunday.

Turkey has in response halted its military operation, which it launched into northern Syrian against US-aligned Kurdish forces on October 9. Sporadic clashes have been reported in the front line since.

Ankara launched the long-planned operation after Washington effectively granted the military operation a green light by calling for the withdrawal of US troops from northeastern Syria.

On Thursday, al-Masdar news agency cited a Syrian military source as saying that several tank battalions had been deployed in Hasakah’s Tal Tam district and the town of Ayn Issa north of Raqqa, reinforcing Syrian troops in areas where Turkish forces had previously sought to reach.

Al-Masdar described the deployments as a probable prelude to future clashes between Ankara and Damascus.

Last month, US President Donald Trump backtracked on earlier orders to withdraw all troops from northeastern Syria, saying that the soldiers would remain there to “secure” the oilfields.

Trump has even said that US appropriation of the oil fields could be a fair “reimbursement” for Washington’s military deployment in the region.

Last week, the Pentagon further raised international concern when it threatened to use “military force” against any party, including the Syrian government and its allies, seeking to gain control of Syrian oilfields.

On Thursday, however, the Pentagon sought to dismiss some of those concerns, claiming that US troops were in Syria solely to defeat the Daesh Takfiri terrorists in partnership with the Kurdish-led Syrian Democratic Forces (SDF) and that “deconfliction channels” could evade clashes with Damascus-aligned troops.

Oil revenues would only be used by the Kurdish forces, Pentagon spokesman Jonathan Hoffman said. The claims were, however, doubted by many observers.

On Friday, The Guardian, reported that Trump’s strategy in Syria had perplexed Pentagon officials as they “struggle to explain” the mission of up to a thousand troops in Syria. The paper highlighted that the Pentagon’s Thursday statement regarding oil revenue going exclusively to Kurdish forces “contradict the president.”

“This region is agricultural and oil rich, and that created leverage with Assad and Russia,” said Melissa Dalton, a senior fellow at the Center for Strategic and International Studies speaking to FP, referring to the Syrian president.

“If the actors on the ground maintain control over these resources, that would strengthen their hand in negotiations,” she added.

FP further highlighted that the troops recently deployed to Deir al-Zawr in northeastern Syria reinforced the existing troops in Tanf in countering what Washington sees as “Iranian influence” in the region.