Home Investigations The Gordon Duff Files Blockbuster NEO: Why America is a Threat? 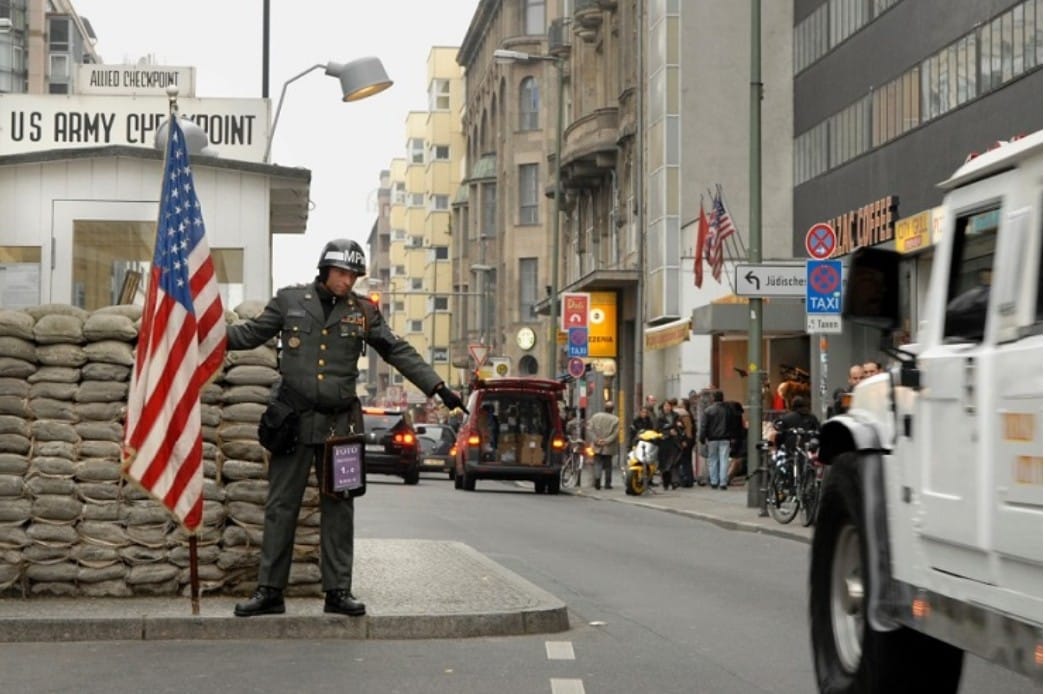 The announcement in October 2019 that the United States was “keeping” Syria’s oil for itself, opened the eyes of millions of Americans blinded by 20 years of absolute censorship, total propaganda and political turmoil.

What became clear is that the US government itself has no ability to trade in oil, it runs no refineries, owns no gas stations, no pipelines. The oil was going to private companies and, in reality, had been for years, under the guise of fake terrorism, “ISIS” and as most are aware, under the US occupation of Iraq as well, so many years before.

Thus, Trump’s announcement was nothing really new, just arrogance on Trump’s part and ignorance of his real role, as “liar in chief” of a government-controlled by international gangsters.

It was Russia that stood up and told the world, those nations with access to free press, that the oil was being stolen and given to foreign corporations that paid off American politicians who rented out the American military.

That story was told by Marine General Smedley Butler during the 1930s, who had admitted these now-famous words, “I was a gangster for Wall Street.”

The next wrinkle here was Britain’s role, that political processes in Britain were being secretly financed by oil money from the British firms also operating in Syria, stealing oil, paying politicians, controlling elections there and destroying Britain’s truncated version of democracy, such as it is.

Let us now broaden the issue a bit. A recent episode of the TV drama Evil, a series about Vatican investigators of exorcism and prophecy, opened some new doors. In America it is always fiction that is closest to reality, a story we could tell a thousand times.

The plot involved an alleged prophet the Church sought to verify. During the questioning, investigators asked of the death of Jeffrey Epstein. The alleged prophet, one whose track record was more than amazing said God told her that Epstein was murdered to protect powerful men from exposure.

More curious still is that the network that carries that series is owned by Rupert Murdock, certainly not involved in the alleged Epstein murder, now public record according to recent autopsy findings, but that Murdoch is certainly a close friend of those most would suggest may stand accused, should justice in America prevail, something quite unlikely.

But what was Epstein about, his death, the allegations of child sex trafficking and less publicly of a blackmail ring that compromised politicians?

Access to insider information not available to the public, using contacts inside the nuclear weapons industry, a very different story evolves, one more sinister than that which the conspiracy theorists allege, one that, in fact, may well prove most conspiracy bloggers to be as most long suspect, paid elements of intelligence agency disinformation programs.

Here is where things become frightening.

During the 1990s, President Clinton was deeply compromised by a sex scandal involving Monica Lewinsky, which led to Clinton’s impeachment, though he finished his term in office as a “damaged president.”

It wasn’t just Clinton. Evidence of deep penetration of the US Department of Energy, the prime agency behind America’s nuclear weapons program, DARPA, America’s ultra-secret scientific research agency and the US Air Force organization that designs space weapons and even more classified technologies, has come forward.

Moreover, leak investigations of the latest generation nuclear weapons, “killer satellites” and many more, things we will not and certainly cannot list here, were quashed at orders of the aforementioned “compromised president.”

Where this involves Epstein is a more curious story, one so classified we can only speak of it in broad terms though the information we have isn’t broad at all, it is highly specific and devastating.

With all the investigation of Epstein, the “Lolita Express” and his private island, nothing is said of the “Zorro Ranch” in New Mexico. The facility is on land whose history, and we must be careful here, establishes a series of relationships between Epstein and powerful politicians who live nearby, some who benefited from Epstein’s contributions.

The network of Epstein associates there include the chiefs of the Department of Energy and top weapons scientists developing “after next-generation” weapons.

What is key to add to the mix is that Epstein’s “Zorro Ranch” is situated in the middle of the weapons technology center of the United States, near key labs that design nuclear weapons, rail guns, spy systems, “death rays” and so much more.

We also know that news reporting of this, of his ranch at all, of its history and his contacts within America’s scientific defense community are totally censored.

Past this, some involved with Epstein, according to our sources, were, during the 1990s under investigation for the theft of nuclear secrets and the looting of America’s nuclear storage facility in Amarillo, Texas.

In an interview with the head of that multi-agency operation, a number of top Washington officials faced arrest for facilitating the theft of 350 nuclear “pits,” which were stolen and sold. The full details were given including an air crash in Mali where a plane loaded with stolen nuclear weapons crashed.

The photo files of this mission are available along with the names of investigators on this program, names like John Wheeler III, John O’Neill, and Roland Carnaby, all murdered.

Moreover, we also have the names of American nuclear scientists from White Sands National Proving Grounds, the Livermore Labs, the Air Force Nuclear Weapons Center at Kirtland Air Force Base and other facilities that are there but don’t publicly exist, that have died unexpectedly.

Many have ties with Genie Oil, a company now illegally drilling for oil on Syria’s Golan Heights and is allegedly involved in oil and gas exploration inside terrorist occupied Idlib Province in Syria, according to sources.

Other projects penetrated by Epstein including those involving advanced “energetic materials,” new chemical explosives that rival nuclear weapons, said to be a benefit for the construction industry but funded by the Naval Surface Warfare Center, an organization that has rained cruise missiles on nation upon nation during recent decades.

The Epstein facility, with its deep ties to an alleged nuclear spy ring at the highest levels of US government, located moments away from nearly every key research facility and protected by a wall of silence adds a new dimension to the Epstein murder. From the New York Times:

“A forensic pathologist hired by Jeffrey Epstein’s brother disputed the official finding in the autopsy of his death, claiming on Wednesday that the evidence suggested that he did not take his own life but may have been strangled.

The New York City medical examiner’s office concluded in August that Mr. Epstein had hanged himself in his jail cell while awaiting trial on sex trafficking charges.

But the private pathologist, Dr. Michael Baden, said on the morning TV show “Fox & Friends” that Mr. Epstein, 66, experienced a number of injuries — among them a broken bone in his neck — that “are extremely unusual in suicidal hangings and could occur much more commonly in homicidal strangulation.”

“I think that the evidence points to homicide rather than suicide,” said Dr. Baden, who observed the autopsy done by city officials. Dr. Baden, a former New York City medical examiner and a Fox News contributor, added, “I’ve not seen in 50 years where that occurred in a suicidal hanging case.”

The findings by Dr. Baden were strongly disputed by the city’s chief medical examiner, Dr. Barbara Sampson, who previously ruled that Mr. Epstein’s death on Aug. 10 in the Metropolitan Correctional Center was a suicide.”

Dr. Baden is more than convincing, Epstein was murdered but Epstein was never the “party boy” alleged. Well then, where is the threat one might ask?

Consider this, the United States has a “black budget” of tens of billions of dollars and a “white budget” of nearly 500 trillion dollars for military hardware and research.

Add to that funds allegedly gained through stealing oil and running heroin from Afghanistan or any number of other potential rackets, including but not limited to manipulation of world commodity and currency markets through the now unpredictable and irrational machinations of the US government and its leaders and we are talking “big money,” and we mean “trillions” not billions.

Then we are given the new America with secrecy everywhere, dozens of new agencies, advanced AI around every corner, 5g and even 6g technology coming online and then we add this. America, governmentally at least, ignores international laws, its own treaties and thinks nothing of violating the sovereignty of any nation.

One can and should also accept that all American elections long ago lost any sense of credibility. What can we assume?

What we do know is those who fight back are certainly censored, we’ve seen that, Facebook, Google, YouTube, and Twitter. We’ve also seen them imprisoned, murdered or simply “disappeared.”

Others are simply smeared, starting with Wikipedia and phantom websites, then moving on to the mainstream media.

Who is doing this? Who is in charge? Who would want to destroy an entire planet? Who enjoys human suffering? Are these questions too simplistic, too “black and white?” Are we in a war for survival and, thus far losing miserably? Who is “we?” We is “all of us.”