[ Editor’s Note: This is a strange story. I still am stunned the Iranians let a woman who set off an explosives alarm several times go to the ladies room while they looked for a woman to search her, meaning they did not have one around to deal with “ladies” incidents.

Then, when she came back from the loo she no longer triggered the alarm. Imagine that? You really can’t make this stuff up. I can assure someone in security at Natanz is going to get their butt chewed out for not having the proper protocols in place for such an incident.

Letting a explosives suspect go to a bathroom room by themselves is beyond the pale.

But there does seem to have been one protocol in place, where not only the woman’s identity is withheld from us, but also her nationality. This might trigger a review as to who makes the final decisions on protocols like this, and is there any public input.

There had to be a number of security people right on the scene, and for them to just stand there and watch her walk to the bathroom by herself, it seems like something out of a movie script, not real life.

You never give a suspect the opportunity to dump contraband prior to a full search. Even rookie cops are taught this, right after being taught that if one of a suspect’s hands goes where you cannot see it, you have to be ready to shoot them quickly.

Some might think that’s nasty, but the last thing many dead cops see is a suspect with one hand that they did not see. I watched a video of a lady cop this year where a stopped car driver dropped his right hand, like going for some papers on the console, and quickly came up with a gun and took a quick over the should shot at her at the driver’s door.

She was in the correct position, slightly behind his left shoulder, where someone crashing open the door would not hit her, so he had a twisting shot, a very hard one that he missed. She did her protocol, instantly moving toward the back of the car, getting her head down, and drawing her gun.

She began firing while retreating and moving around to the back right corner, where she continued to pump rounds into the back of the front seat, which did not work out too well for the shooter. 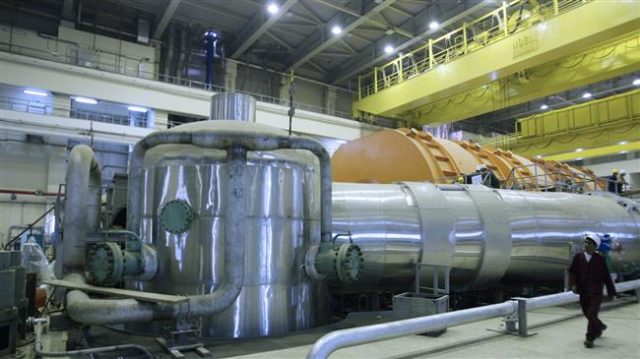 The US has reacted with fury to Iran’s blocking of an International Atomic Energy Agency (IAEA) inspector who tested positive for suspected traces of explosive nitrates.

Speaking at a special meeting of the IAEA’s 35-nation Board of Governors in Vienna on Thursday, Iranian Ambassador Kazem Gharibabadi said a detector for explosive nitrates went off when the inspector attempted to enter the Natanz uranium enrichment plant on October 28.

“The detector’s alarm went off and it was signaling to a specific person,” he said. “They (the authorities) have repeated this procedure again and again, and unfortunately, the results were the same all the way for only that specific inspector.”

Gharibabadi noted that the woman “sneaked out” to the bathroom while officials looked for a female employee to search her. After her return, he added, the alarms did not go off again, but authorities found contamination in the bathroom and later on her empty handbag during a house search.

The Iranian official also expressed hope that further tests by Iran and the IAEA would explain what happened.

“Needless to say that Iran, like all other members of the agency, cannot condone any behavior or action which may be against the safety and security of its nuclear installations, especially … considering the past sabotage attempts in its nuclear facilities,” he said.

The incident drew the ire of the United States, with Secretary of State Mike Pompeo claiming that the inspector had been “detained” in an “outrageous and unwarranted act of intimidation.”

“IAEA inspectors must be allowed to conduct their critical work unimpeded,” he said in a statement on Friday. “We call on Iran to immediately resolve all open issues with the IAEA and to afford Agency inspectors the privileges and immunities to which they are entitled.”

Iran’s nuclear industry has been targeted by sabotage and its scientists assassinated in the past.

In 2010, Stuxnet, a cyber weapon widely believed to have been made by the US and Israel, hit a uranium enrichment facility at Natanz, in the first publicly known example of a virus being used to attack industrial machinery.

On Thursday, the Atomic Energy Organization of Iran said that it had canceled the IAEA inspector’s accreditation after the alarm at the entrance to the Natanz facility raised concerns she could be carrying a “suspect product” on her.

Iran says IAEA officials were present for all the searches, but the UN agency is yet to comment on the incident involving its inspector.