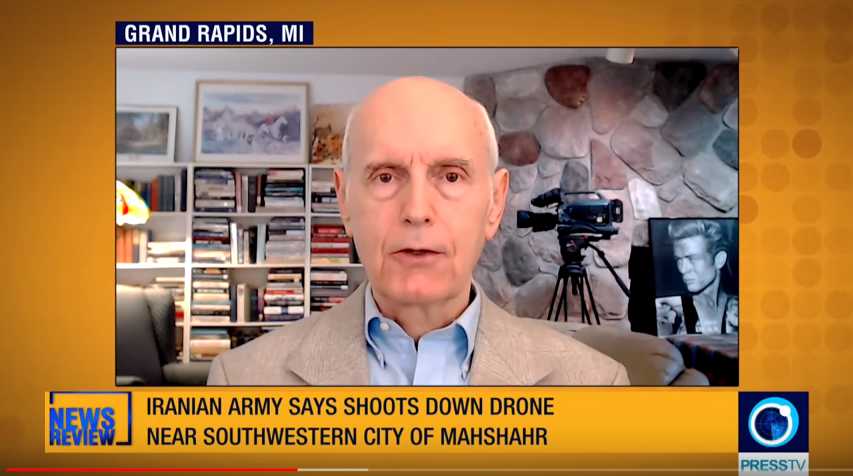 [ Editor’s Note: Nothing new has been published today as to the identity of the drone shot down on the shoreline of Iran in the upper Persian Gulf at Mahshahr, other than the one denial from the US that it was not one of theirs.

It is a strange situation. There are no major military targets there, but is a shallow depth port for oil and minerals with a refinery also. It is a given that Iran has these air defense systems at all populated cities along the coast.

Once you are producing them locally they are very affordable. Iran not only has a lot of them but also a wide variety for various specialty uses, including a 3000 km one now.

As of what tactically happened in the shoot down is still a mystery to VT. Gordon and I were on Google Maps and Google earth last night. From the screen grab above at the moment of impact you can see the buildings on the shoreline in the distant right light up.

But if the defending missile was launched from the Mashahr industrial area firing on a SW trajectory at a missile or attack drone coming up the shallow waterway, there is nothing off to the right other than river estuaries, mud and mosquitoes galore.

Much further downrange is Kuwait City which would not be visible due to the curvature of the earth. The inquires we sent out last not on this anomaly have gotten no reply so far.

Off to the right there is about 8 miles of Iraq’s river estuaries, and then Kuwait on it border. Yes, a missile could have been fired from there, on land or from a boat, but why? What was the target and purpose.

If you Google Mashahr, Iran, you can zoom in to see better. If the air defense battery was at the main port area there are no built up areas to its NW toward the Gulf. But if the battery was close to the city then those building lit up could be the port facilities 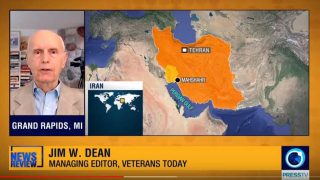 The Saudis did not have this operational during the Aramco attack and paid dearly for it despite the billions spent on defense.

The Houthis just today warned Israel that if they attacked Yemen they would get a very unpleasant response, and quickly. I doubt they are bluffing.

Recovering the incoming missile pieces should be doable in that shallow water but will take time with divers having to retrieve. We will eventually get an after action report from Iran and VT will update the story…Jim W. Dean ]