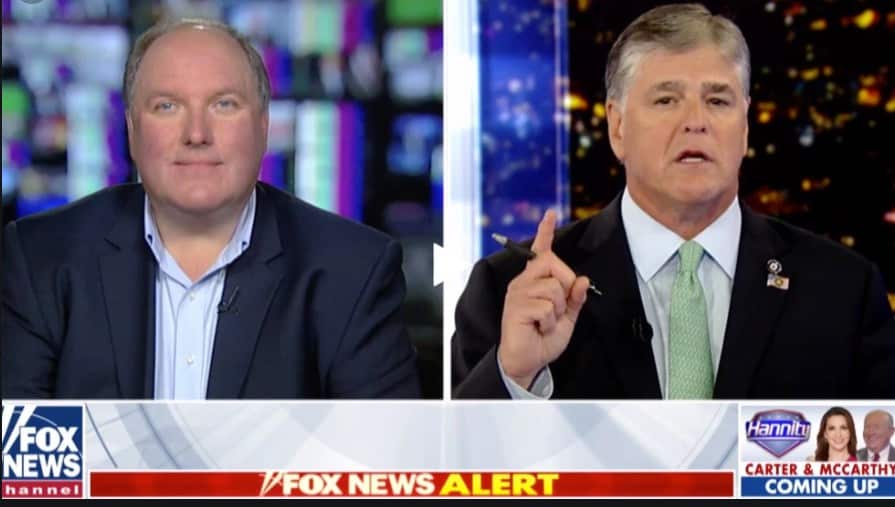 Biden, DNC Server Inquiries, all made up by John Soloman…total fabrications…

Solomon, who until recently was a columnist and executive vice president at The Hill, has found himself entangled in the impeachment inquiry as his Ukraine-related articles and frequent appearances on pro-Trump Fox News host Sean Hannity’s show helped fuel the president’s desire to have Ukraine investigate former Vice President Joe Biden and the unfounded 2016 DNC server conspiracy.

Throughout his testimony, released Friday, the National Security Council’s top Ukraine expert, Lt. Col. Alexander Vindman—who listened in on the infamous July 25 call between Trump and Ukraine’s president—noted that Solomon’s March interview with former Ukraine Prosecutor General Yuriy Lutsenko was a major influence on Trump lawyer Rudy Giuliani and the president, especially when it came to the removal of former U.S. Ambassador to Ukraine Marie Yovanovitch last spring.

Lutsenko alleged in the interview that Ukrainian officials helped Hillary Clinton in 2016 by leaking damaging information about former Trump campaign chair Paul Manafort and that Yovanovitch gave him a “do-not-prosecute” list and cooperated with Clinton to undermine Trump.

During an exchange with pro-Trump Rep. Lee Zeldin (R-NY), Vindman said that Solomon’s article was a “false narrative” and that he based that assertion on “authoritative sources.”

When asked to elaborate, the NSC official said he talked to “interagency colleagues from State and the Intelligence Community,” adding they found the claims against Yovanovitch to be “preposterous.”

When pressed by Zeldin on whether his sources found some or all of the parts of Solomon’s report to be false, Vindman replied, “I think all the key elements are false.”

“Just so I understand what you mean when you say key elements,” the congressman asked. “Are you referring to everything John Solomon stated or just some of it?”

“All the elements that I just laid out for you,” Vindman said. “The criticisms of corruption were false.”

“Were there more items in there, frankly, congressman? I don’t recall,” he continued. “I haven’t looked at the article in quite some time, but you know, his grammar might have been right.”  Read more….