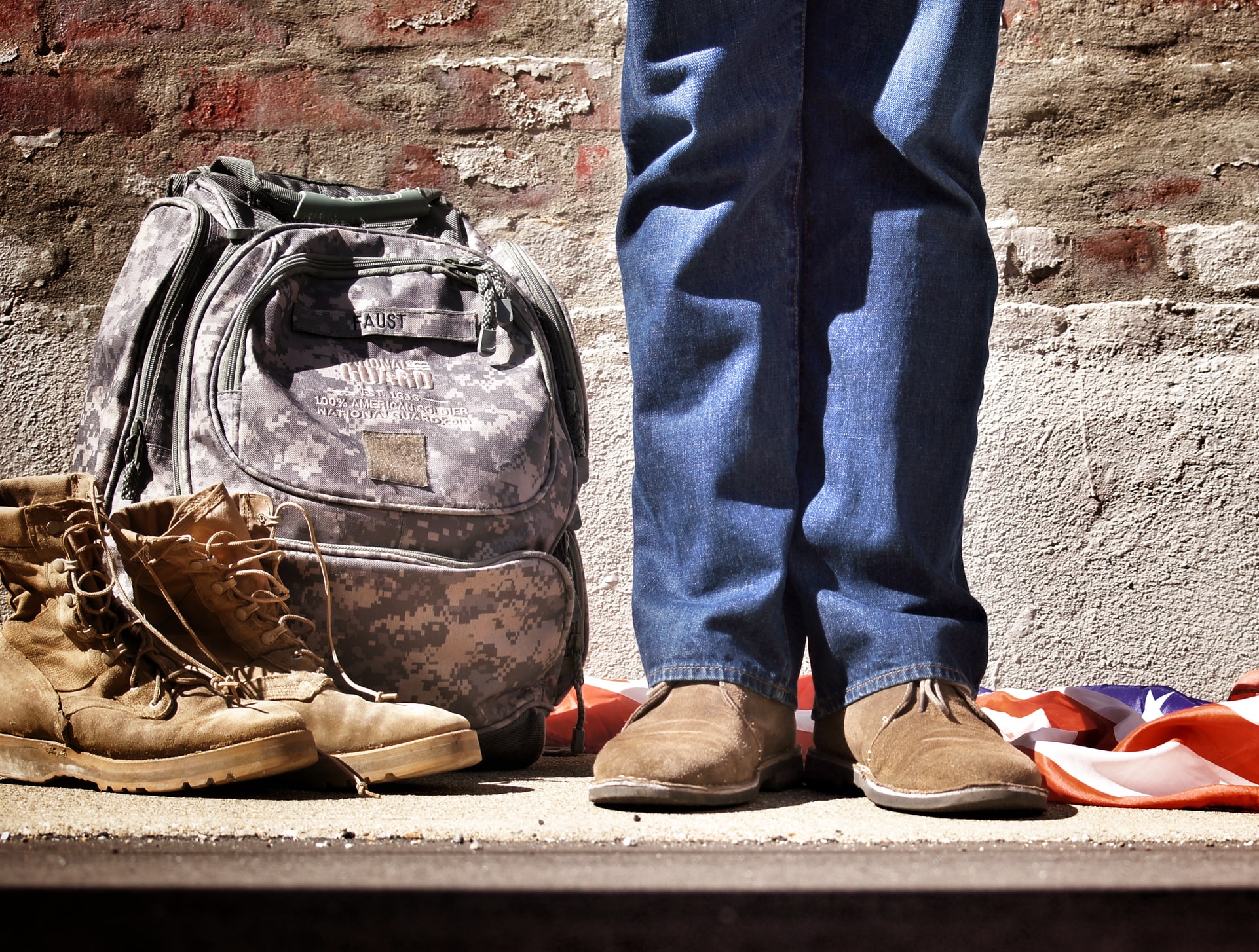 A successful transition to civilian life after a long period of military service involves finding adequate accommodation, returning on the job market, and having access to healthcare to deal with potential physical or physical problems caused by the time spend on the front.  And, in an ideal world, veterans would be treated like the heroes they are at their return back home without them having to worry about all these things.

However, reality proves to be a completely different scenario. Veterans face challenges like lack of jobs, social reintegration, inability to pay for healthcare services, and most importantly, lack of housing possibilities. However, it seems that over 9% of all adults experiencing homelessness in the US are veterans who returned from the front.

So, why are veterans facing these problems when they should be returning from the front to a comfortable and warm home?

What leads to homelessness among veterans?

Homelessness doesn’t just happen overnight. There is a series of events and factors that contribute to one becoming homeless. And, this is also the case for veterans returned from the military service.

Homelessness among veterans has been a major public concern for decades. And, unfortunately, the US government still doesn’t understand the type of support veterans need to return back to their lives after serving in the military. It is true that nearly 90.000 permanent supportive housing opportunities have been dedicated to veterans and their families. However, data shows that these measures are still not enough to cover the housing needs of all veterans returned back from the front.

But what exactly leads to veterans facing homelessness? There are multiple areas of concern for veterans that affect their successful transition back to the life of a civilian when their return from the military service. And, these main areas include:

Unfortunately, all these areas of concerns create a dangerous loop that ultimately leaves veterans on the streets. For example, the inability to find a job also affects their possibility to pay for healthcare services or to purchase a home. Also, homelessness, financial problems, and health conditions often lead veterans to developing dangerous habits such as consuming drugs or alcohol.

Homelessness is the biggest challenge for veterans

On top of all these challenges, the most difficult one that often leads to poor life quality are the housing difficulties after they return back home from war. The lack of financial support isn’t the only reason that causes homelessness among veterans. Lack of societal support and social isolation are also leading causes of homelessness. Reintegration with society can be really difficult for veterans. And, numbers show it as one out of five veterans live alone which often increases the risk of losing their housing and becoming homeless.

And, make no mistake, even those who have homes when they return back home are at risk of becoming homeless. In fact, it seems that 1.4 million veterans are at risk of becoming homeless due to poverty, lack of support or overcrowded housing. Moreover, they also struggle to pay for their financial responsibilities not to mention the struggle to pay for maintaining their homes in good conditions.

For example, in the case of a natural disaster, veterans who live in poverty can’t afford to repair their homes which ultimately leads to homelessness. In Florida, for example, 7.5% of veterans who have housing live in poverty, meaning that they are unable to pay for homeownership costs. So, the only way to protect their homes is to have home insurance such as flood insurance.

Unfortunately, a lot of the ways in which the federal government supports veterans are made out of policies that have been implemented decades ago. So, it comes as no surprise that many of them are inefficient in the 21st century because they are simply no longer viable.

However, luckily, there are a few organizations that aim to support and help veterans when physical wounds, psychological trauma, and financial burden appear after military service. Here are the organizations who have had the biggest impact in helping veterans make a successful transition to civilian life:

#1. Homes for Our Troops

Since homelessness is the biggest challenge faced by veterans, Homes for Our Troops non-profit organization focuses its activity on building homes for veterans that are adapted to their post-war needs, be it disabilities or psychological traumas. The charity has managed to build over 200 adapted homes for veterans since 2004.

Veterans aren’t the only ones to struggle post-war but their families struggle too. So, the Fisher House Foundation aims to address the challenges of the veteran families when they are dealing with a hospitalized family member. The charity offers houses for free for the families of veterans who are at risk of poverty.

The inability to find a job post-war is one of the main reasons that lead to homelessness among veterans. This non-profit organization aims to help veterans make their transition from the military to civilian life by offering them multiple employment opportunities. Reintegration into the workforce can reduce risks of homelessness, poverty, and poor life quality.

Despite being true heroes, veterans return to a system that fails to support them to reintegrate back into society. Homelessness among veterans is a major public concern that needs to be taken more seriously by the authorities with measures that will contribute to the prevention of the problem and to put an end to it for good.