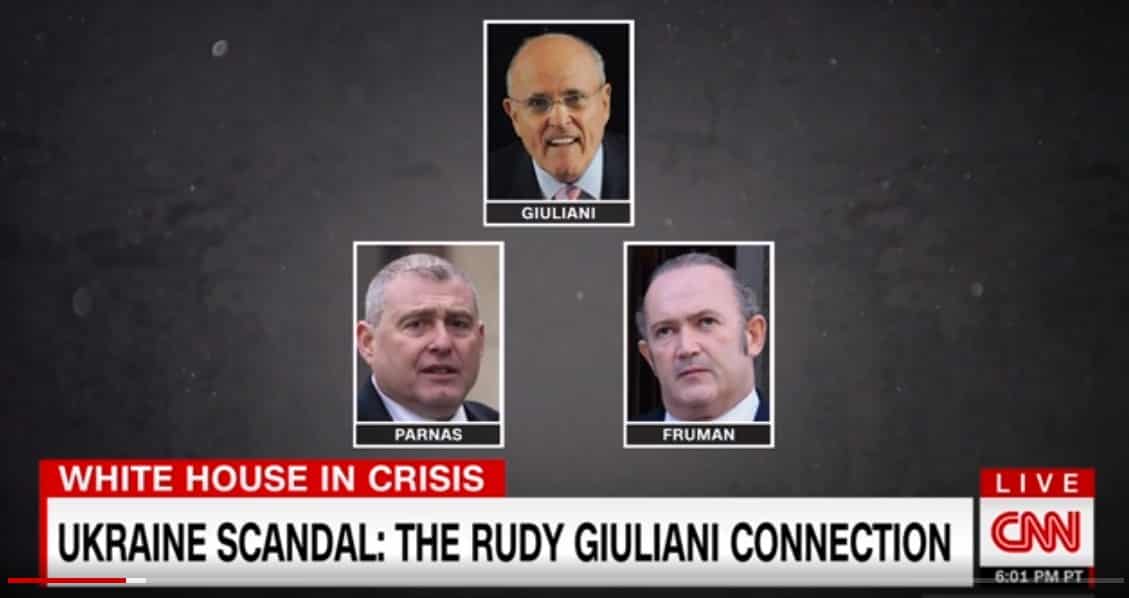 Parnas and Fruman’s rise from South Florida entrepreneurs to major GOP donors and lieutenants of Rudy Giuliani, President Donald Trump’s personal attorney, has landed them in the center of a widening criminal investigation.
Federal prosecutors charged both men with skirting campaign finance rules to “buy potential influence” with US politicians to advance their own interests and those of at least one Ukrainian government official. The FBI and prosecutors in New York are now scrutinizing Giuliani’s business ties to the men.
*

Sunny Isles Beach, FL (CNN) – As federal prosecutors pursue their case against a pair of South Florida businessmen at the center of an alleged plot to hijack the US political process, their trail is sure to lead here if it hasn’t already.

This strip of white sand beaches and towering condos — a half dozen bearing the name Trump — is a key location in the lives of Lev Parnas and Igor Fruman, the enigmatic Soviet-born emigres who rose from obscurity to rubbing elbows with the Republican political elite.
Parnas, who has recently initiated talks with impeachment investigators through his attorney, was once chauffeured around this beach city by a white-gloved driver behind the wheel of a Rolls Royce, two sources recalled. At the same time, his business was failing, and he was accused of squatting in an associate’s condo and threatening the man at gunpoint when asked to leave — both claims Parnas, 47, denied. Parnas was never charged with a crime.
Fruman’s finances — where his money was coming from and where it was going — were a hotly contested issue in recent court filings in a pending divorce case. Among his estranged wife’s claims: He’d been creating companies in her name, without her knowledge.
Read more:
https://www.cnn.com/2019/11/09/politics/giuliani-associates-parnas-fruman-questionable-finances-invs/index.html