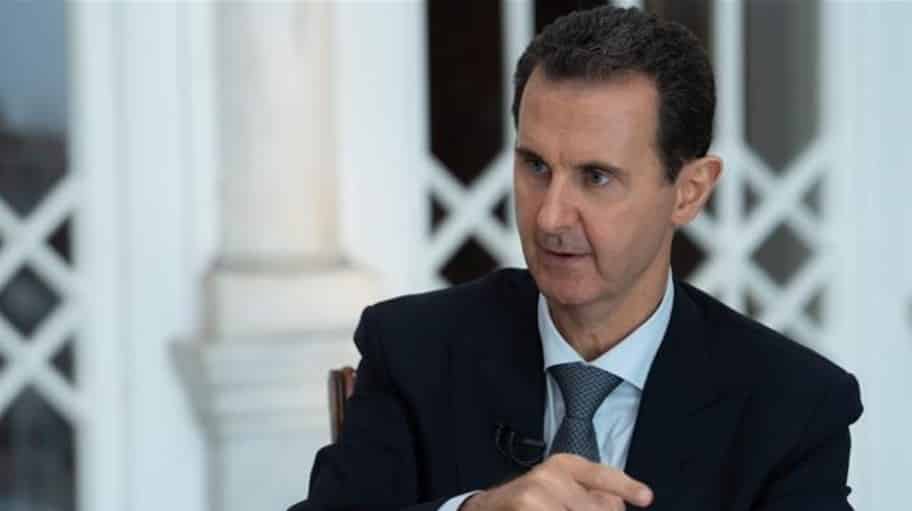 Syrian President Bashar al-Assad has cast doubt on the death of Daesh leader Abu Bakr al-Baghdadi, whom US President Donald Trump claimed had been killed in an operation, saying he may be hiding somewhere.

Assad said in an interview with Russia’s RT that the operation to kill Baghdadi was a trick, since US politics “are no different from Hollywood; it relies on the imagination. Not even science fiction, just mere imagination.”

The Syrian president speculated that the Daesh leader may have been kidnapped, hidden or had his appearance surgically changed.

Trump said late last month that Baghdadi blew himself up, dying “like a dog,” and “like a coward” after American forces trapped him inside a dead-end tunnel.

Russia was the first country to question the “contradictory details” of the US operation, which was also taken with a pinch of salt by many people in Iran, Iraq and elsewhere.

“The increase in the number of direct participants and countries allegedly taking part in this operation, each with completely contradictory details, raises legitimate questions and doubts about its reality and all the more in success,” Defense Ministry spokesman Major General Igor Konashenkov said this month.

Turkey has said that Baghdadi was killed as a result of military and intelligence cooperation between Ankara and Washington.

In his interview, Assad hit out at Turkey’s President Recep Tayyip Erdogan, describing him as the enemy of Syria.

Turkey is a key supporter of militants fighting to topple the Syrian government and has recently launched an invasion in northeastern Syria against Kurdish militants.

“We must remember that Erdogan aimed, from the beginning of the war, to create a problem between the Syrian people and the Turkish people, to make it an enemy,” Assad said.

He said the Turkish army initially supported the Syrian army and “cooperated with us to the greatest possible extent, until Erdogan’s coup against the Army”.

“Erdogan and his group are enemies, because he leads these policies, but until now most of the political forces in Turkey are against Erdogan’s policies. So, we must ensure not to turn Turkey into an enemy, and here comes the role of friends – the Russian role and the Iranian role.”

Assad also did not rule out the possibility of holding a meeting with Erdogan if national interests were at stake.

A Turkish combat drone has reportedly fired a missile at a village in Syria’s Hasakah.

Describing the Turks as occupiers — “exactly like Israelis” — the interviewer asked Assad about the possibility of a similar meeting with Israelis.

In response, Assad said, “The difference between them [Turkey] and Israel is that we do not recognize the legitimacy of its existence as a state.”

“We don’t recognize the existence of the Israeli people. There is no Israeli people except the one that existed for several centuries BC, and now they are a diaspora who came and occupied land and evicted its people.”

Instead, “the Turkish people exist, and they are a neighboring people, and we have a common history, regardless of whether this history is good or bad or in between – that is irrelevant. Turkey exists as a state and it is a neighboring state,” he said.

Answering a question on how Israel seems to be absent from the events of Syria and the greatest beneficiary of the crisis, Assad stressed that Israel has always been present in the Syrian conflict.

“It has never been absent. It might be absent in terms of language, because we fight its proxies, agents, flunkies, or tools in different ways, some military, some political. They are all tools serving Israel directly or through the Americans.”

Assad said, “Israel is in fact a main partner in what is happening, and as an enemy state, that is expected.”

Assad also said sanctions imposed by the US and Europe against Syria initially aimed to pit people against the government.

Later, the renewal of the sanctions for almost a decade aimed to punish Syrian people for refusing to rise up to the government and bow to outside pressures.

Assad touched on Britain’s seizure of an Iranian-operated supertanker in Gibraltar over accusations it was breaking sanctions by taking oil to Syria in July as “piracy” that aimed to harm the Syrians for not upholding the West’s agenda.

“Those people were expected to rise against their government during the different stages of the war but they did not. They were supposed to support the terrorists – the ‘moderate rebels’ and ‘angels’ of White Helmets – but the people did not and stood with their government.

“So, they have to suffer. They have to pay the price and learn their lesson that they should stand with the agenda [of the West],” Assad said.

Syria has been gripped by foreign-backed militancy since March 2011. The Syrian government says the Israeli regime and its Western and regional allies aided Takfiri terrorist groups to wreak havoc and weaken the country.