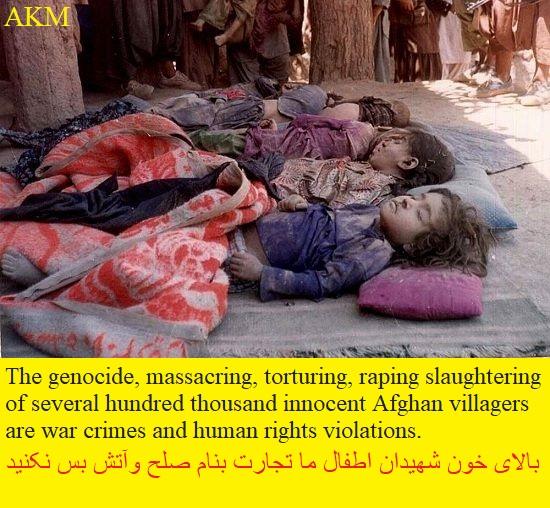 To the U.S. Department of State:

The U.S. administration especially the U.S. Department of State and CIA must stop playing games. The war in Afghanistan must end.  I lost one country. I do not want to lose another.

This war has cost the U.S. trillions of dollars, and as history has shown, cannot be won.

The U.S. administration, especially the U.S. Department of State and CIA, must stop playing games. As both sides agreed, the Afghan political student , who was kidnapped by the CIA, was supposed to be exchanged for a CIA operative, Professor King. The exchange needs to occur so that the professor, who is sick, can come home, and the Afghan student can continue his life.

The CIA and the State Department must stop playing games with people’s lives.

Steps like this exchange will help end the war. The massacre of Afghan villagers by the U.S., NATO, and its mercenaries and agents must end. War crimes must end. War does not accomplish peace or stability as we have witnessed these past 18 years.  I want to be a bridge to peace so this war can end as soon as possible.