Health Editor’s Note:  VT has been following the EVALI illness associated with vaping.  Illness and many deaths have been the result of vaping.  It has been found that vaping and e-cigarettes cause more harm to the coronary (heart) microvacular (small blood vessels) than regular cigarettes.  People have stopped smoking tobacco in favor of vaping and the use of e-cigarettes with the idea that vaping/e-cigarettes are less harmful. While vaping may cause less risk of cancer with less tar in the lungs than traditional cigarettes, there are negative effects that occur in the cardiovascular (heart and blood vessels). Vaping and e-cigarettes are not healthy alternatives to just stopping the use of tobacco. Smoking and nicotine are health hazards, plain and simple….Carol

Vaping Worse for Heart Than Cigarettes?

Physiologic changes between rest and a hand-grip exercise to simulate stress showed regular tobacco cigarette and e-cigarette users had fairly similar myocardial blood volume responses to stress right after a smoking session compared with non-smoking controls (-4.3% and -0.9% vs +2.7% from baseline).

And both groups were worse on those two measures than the controls (+66.8% and +72.1%, respectively), according to Florian Rader, MD, MSc, of the Smidt Heart Institute at Cedars-Sinai Medical Center, Los Angeles, and colleagues.

The study results were released ahead of presentation later this week as an oral abstract at the American Heart Association meeting in Philadelphia.

“The blunting of stress-induced increase of coronary blood flow associated with chronic e-cig use in humans is consistent with what is being seen in other vascular systems, in animals, and after acute use: endothelial dysfunction at the level of (or exceeding) that of combustible cigarette use,” commented Matthew Springer, PhD, of the University of California, San Francisco, who was not involved in the research.

“We are seeing an emerging story that regardless of whether vaping involves less risk of cancer and less tar in the lungs than traditional smoking, the cardiovascular effects are substantial and indicate a level of cardiovascular risk that one really wants to avoid,” wrote Springer in an email to MedPage Today.

Vaping-related acute lung damage, dubbed “EVALI,” has already killed dozens, most of them young people under age 30. Recently, vitamin E acetate has been proposed as the common denominator among bronchoalveolar lavage samples of those who have fallen sick after e-cigarette or vape use.

Rader’s group noted that e-cigarettes and vaping devices rely on battery-powered aerosolization that delivers a mix of small molecules that can cross the alveolar-capillary barrier and enter into the circulation.

“What makes e-cigarettes so harmful to the heart and lungs is not just nicotine,” said Rader in a press release. “It’s the completely unknown bucket of manufactured products used to form vapors that is likely causing the most harm. This is what we believe is underlying the current public health problem.”

“It’s very clear that e-cigarettes have a detrimental effect on myocardial endothelial function, even a worse effect than classical cigarettes,” commented Daniel Duprez, MD, PhD, of the University of Minnesota, Minneapolis. And endothelial dysfunction, in turn, can lead to increased blood pressure and mark the beginning of atherosclerotic disease, he told MedPage Today.

“This is just adding to the evidence that in terms of heart disease, e-cigarettes are just as bad as cigarettes and might be even worse. That’s the picture emerging for lung disease, too,” said Stanton Glantz, PhD, also of the University of California, San Francisco, who was not involved in the study.

A total of 30 people participated in the present study, undergoing myocardial contrast echocardiography after overnight abstinence from smoking. Average age was 28 years, and this was a group of healthy adults who had normal tension and were not obese. There were only eight women in the study.

“However, the gender ratio in the vaping group was similar to that in the smoking group, so the observation that the vapers had essentially no myocardial flow response to stress, compared with a blunted but still present response in smokers, is especially strong and implies that switching from smoking to vaping may involve increased risks in some aspects of cardiovascular health,” Springer emphasized.

He pointed out that the authors didn’t report whether their non-cigarette-smoking participants were exposed frequently to secondhand smoke or are marijuana smokers.

Nevertheless, the public may have been getting the message that EVALI cases seem to mostly be associated with THC products and associated ingredients, potentially leading people who vape nicotine products to feel “immune” to all the risks of vaping — and that’s wrong, according to Springer.

There are other ways in which vaping nicotine e-cigarettes can lead to cardiovascular and pulmonary harm, he emphasized. “The public needs to hear about studies like this.”

The study was funded in part by the Tobacco Related Disease Research Program.

Springer, Glantz, and Duprez disclosed no relevant relationships with industry. 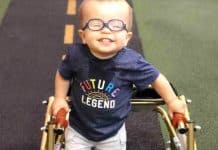 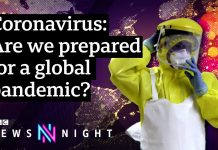