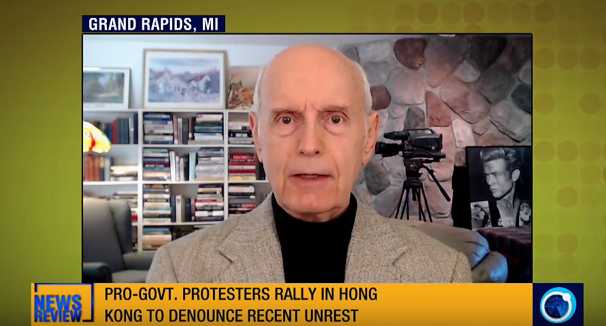 [ Editor’s Note: Five months is a long time for these protests to have continued. The protesters look like they are mainly in their twenties, which makes me wonder if they are working in shifts at their protesting to keep their jobs.

One would assume that being arrested would affect their keeping or getting a future job. And, it seems the authorities have not been able to infiltrate the protesters, as they have no centralized structure. 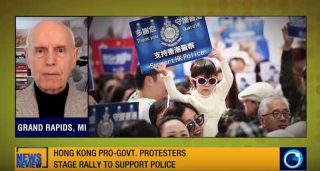 One behind-the-scenes video I watched shows that they work in small teams with no actual plan, and wing it, based on information they are getting on their phones. They appear to be of college age.

The French yellow-vest crowd is a more broadly based coalition, not just the youth you see on Hong Kong’s streets.

They have a democracy they want improved, whereas the Hong Kongers want to start one. It’s an irony that the latter is in the streets wanting what the former does not think is working.

A complaint voiced by a protester is that mainland Chinese people are coming to Hong Hong to “exploit its resources”, medical care, and welfare, etc… similar to what the EU has experienced for a long time.

When this will end is anyone’s guess. I have seen no move to start negotiations, as there is no protest leadership to negotiate with. So China is left squeezing jello, as they chase these young people around the city.

I have a good sample protester video, below the short interview. It’s worth the five minutes to watch, if you have not yet seen a behind-the-scenes video… JD ]

Behind the scenes with Hong Kong’s ‘Frontliner’ protesters