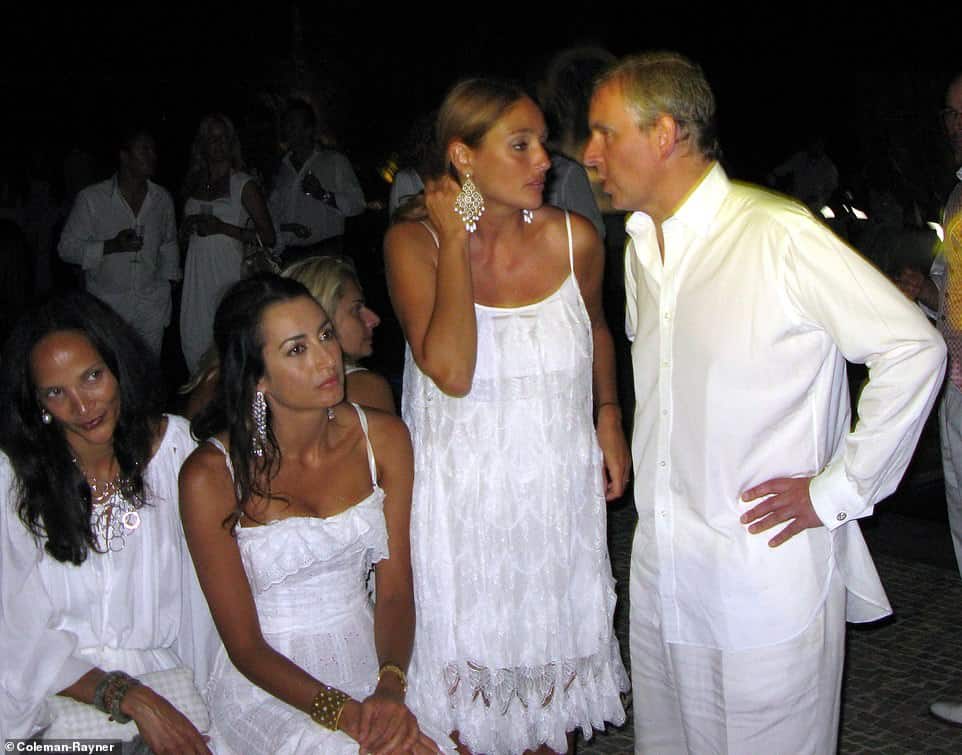 Prince Andrew has recently done an interview with the BBC during which he categorically denied having “really partied” with…you know the drill. Not only that, he claimed that he stayed with Jeffrey Epstein because he was—get this—“too honourable”![1] Andrew “insisted he had no memory of meeting Virginia Giuffre, a woman who alleges she was coerced by Epstein into having sex with the duke when she was 17.”[2]

The interesting thing is that Prince Andrew has been partying since the beginning of time. As the Daily Mail itself has put it:

“The Duke of York’s claims he ‘never really partied’ and avoided ‘public displays of affection’ have been seriously undermined as new footage of him letting loose with a bevy of beautiful young women in Saint-Tropez. Prince Andrew is shown at a wild party thrown by wine tycoon Claude Ott on the French Riviera in July 2008, just weeks after his disgraced friend Jeffrey Epstein was prosecuted for trafficking an underage girl and forcing her into prostitution.

“The Prince insisted in his car crash BBC interview with Emily Maitlis on Saturday night that he wasn’t a ‘party prince’, did not sweat because he was shot at in the Falklands and was ‘not one to hug’ women as he dismissed damaging claims he slept with his friend Epstein’s sex slave Virginia Roberts.

“But in the new film the Prince appears worse for wear, his hair dishevelled with a hint of sweat and jacket abandoned. Dressed in all white, with his shirt untucked, he is seen heading to the dance floor with two women as techno blares out before he settles down talking to several glamorous female guests, getting in close to chat because of the loud music.

“A year earlier, in July 2007, photographs from another bash further trash his claims of avoiding partying and PDA because he is seen sweating and embracing a number of women including socialite Chris Von Aspen, who he holds by the waist before she later licks his face in Saint-Tropez. At a different party on the same trip Andrew, who earned the nickname ‘Randy Andy’, is seen gripping Canadian socialite Pascale Bourbeau with one hand close to her bottom. And at the start of the decade, the royal is seen chatting to German supermodel Heidi Klum at a Hookers and Pimps-themed Halloween party held in New York in October 2000, which was also attended by Epstein’s alleged co-conspirator Ghislaine Maxwell, who had her arm round him for part of the night.”[3]

Andrew, as the Daily Mail moves on to document, has a history of screwing people up. The interesting thing is that Andrew “suggested that the world-famous picture of his arm around Ms Roberts’ waist at Ghislaine Maxwell’s London mews house could be faked as he denied ever meeting her.”[4] Andrew declared: “It didn’t happen. I can absolutely categorically tell you it never happened. …I have no recollection of ever meeting this lady, none whatsoever.”

It was no accident that he and Jeffrey Epstein were concentric circles.