Home Government Kissinger warns of ‘inevitable’ outcomes unless US, China come to terms with... 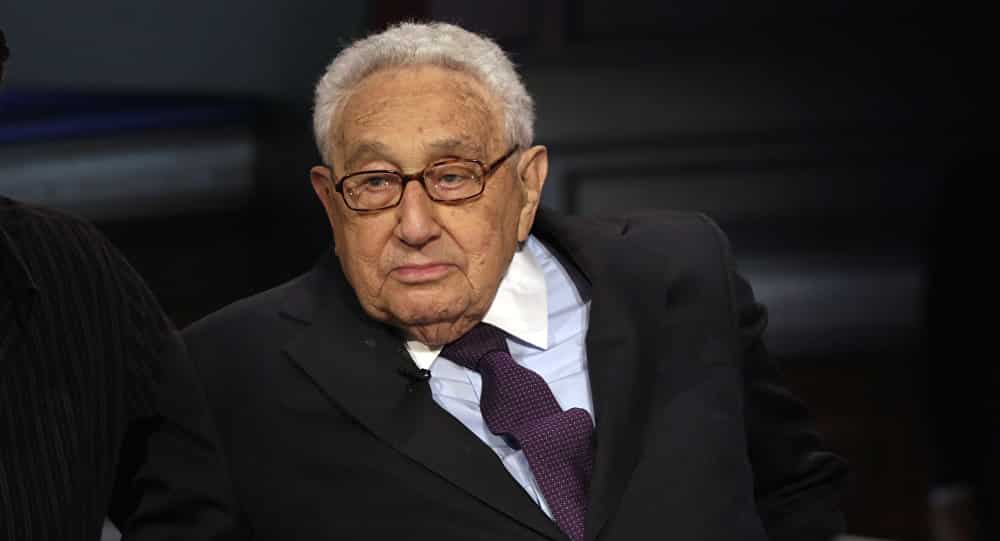 [ Editor’s Note: Has Henry gone dovish in his old age, or is he coming out with this for show as part of his great statesmanship legacy? His statements are too vague to tell us much for sure.

There is not a word of economic analysis or the not insignificant detail that Western countries in pursuit of profits have motivated China to develop into an economic superpower much faster. Where was the concerned Henry back then?

An untrusting soul like me might pose that the help for China to quickly build its economy may have been part of the industrialists’ plan to ensure a big future conflict, as I can’t think of a case in the past where they have not done well in the catastrophe business.

His use of the “a catastrophic outcome” was a ploy of course to ensure wide news coverage. Henry knows how to play the media. His mention of WWII ruining European civilization stunned me a bit.

Dear Henry, get a new pair of glasses, as it is still there. However much of its civilization is ruined is the fault of those countries and its people to let it go.

Has Henry forgotten that mutually assured destruction served us well by avoiding a general nuclear exchange, despite the dirty Cold War that went on? We have another cold war that has been waged for a long time by the US, that no one, including Henry or the mainstream media, seems to care about. What’s up wid dat?

Dear Henry, You were in the strategic conflict business for most of your career. Please tell us if you regret the role you played, and save the “catastrophic outcome” hype for a less informed audience than we have here… Jim W. Dean ]

The former secretary of state under President Nixon has insisted that differences between the first and second largest economies in the worlds have existed at all times, sharing a couple of golden diplomatic tips on how to better approach them.

Former US Secretary of State Henry Kissinger has weighed in on the US-China trade woes warning about something “worse than World Wars that ruined European civilisation” should the sides fail to settle the conflict:

“We are in a difficult period now. I am confident the leaders on both sides will realise the future of the world depends on the two sides working out solutions and managing the inevitable difficulties”, the 96-year-old diplomat said at an event hosted by the National Committee on US-China Relations in New York on Thursday.

“There is no doubt many aspects of the evolution of China are challenging to the US”, Kissinger acknowledged, stressing the standoff is quite predictable given the historic experience:

“It never happened before that two major countries in different parts of the universe were in similar positions”, Kissinger said, yet warning against a permanent conflict and predicting “a catastrophic outcome” for Beijing and Washington if it happens.

“It’s no longer possible to think that one side can dominate the other. They have to get used to the fact that they have that kind of a rivalry”, Kissinger rounded off with a small bit of advice.

The remarks come as Washington and Beijing have embarked on a course to resolve their trade rows, having negotiated the first stage of a trade agreement that is hoped will put a stop to crippling tariff exchanges.

Several rounds of additional hefty duties have been exchanged by the countries since July 2018, after the Trump administration deemed the existing trade schemes unfair.

Under the first phase of the trade deal, Trump announced the scrapping of a planned five percentage boost of import duties on $250 billion in Chinese goods. Another round of tariffs on $156 billion of products is still in place, scheduled for December.

Henry Kissinger, the foreign policy chief under former President Richard Nixon, and who paved the ground for Nixon’s landmark visit to China in 1972, last travelled to Beijing in November 2018.

Addressing Washington-Beijing ties after personally meeting with Xi Jinping and other top officials, he said that “when we started this relationship, it was a strategic one”.

“There were differences at the beginning of the relationship. Nevertheless, we’ve learned to live with each other for many decades”, he said, expressing hope the issues can be sorted out “in a positive way”.