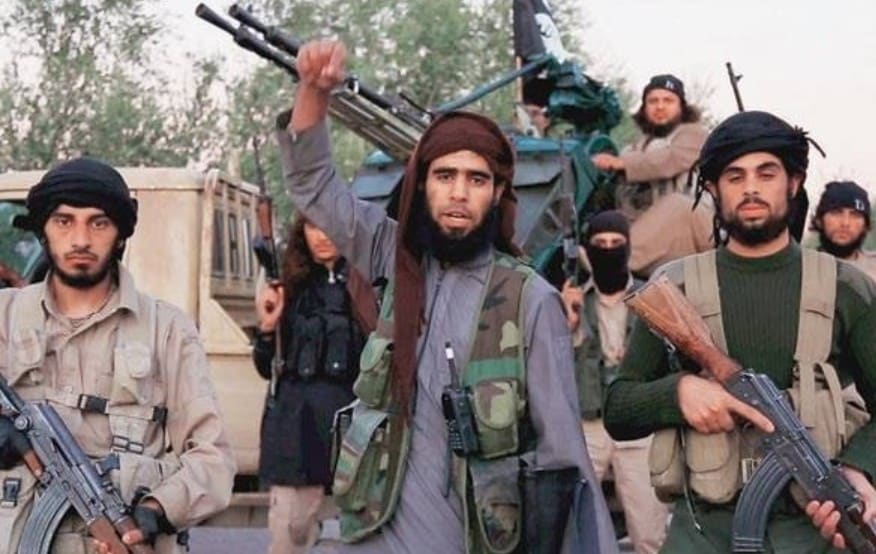 Three Taliban commanders have been released today, on Tuesday, by the Afghan government as part of a prisoner swap involving two Western hostages. Reportedly, the militant leaders, including senior Taliban leader Anas Haqqani, had landed in Qatar, which hosts the Taliban political office.

In exchange, two university professors identified as US citizen Kevin King and Australian Timothy Weeks were reportedly released later on Tuesday. The pair had been held by the Taliban for three years. “The two professors are safely freed and are being taken care of now,” an Afghan official told [1] Reuters news agency.

Kevin King and Timothy Weeks were kidnapped in August 2016 from outside the American University of Afghanistan in Kabul where both worked as professors. They appeared in a hostage video a year later looking disheveled and pleading with their governments to secure their release.

The developments come after Afghan President Ashraf Ghani announced a week ago that Haqqani, whose elder brother is the deputy Taliban leader and head of the Haqqani Network, a Taliban affiliate, and the two other commanders would be freed.

Baradar was released from captivity [2] in October last year by Pakistan’s intelligence agencies and was allowed to join his family in Afghanistan. He was captured in a joint US-Pakistan intelligence-based operation in the southern port city of Karachi in 2010.

His release was a longstanding demand of the US-backed Kabul government because he is regarded as a comparatively moderate Taliban leader who could play a positive role in the peace process between the Afghan government and the Taliban.

Alongside the issues of Taliban providing guarantees that it would not allow Afghan soil to be used by transnational terrorists, al-Qaeda and the Islamic State Khorasan, the Taliban holding direct negotiations with the US-backed Afghan government – which the Taliban regards as an American stooge and hence refuse to recognize – a permanent ceasefire and the formation of a mutually acceptable interim government, a few other minor issues, such as the exchange and release of prisoners, removing travel restrictions on the Taliban leadership and unfreezing its bank accounts were on the agenda of the peace talks, before Donald Trump abruptly ended the negotiations in September.

In announcing the cancellation of the peace talks with the Taliban in September, Trump cited a Taliban attack in Kabul in which 12 people, including a US soldier, were killed, though that was only an ostensible excuse because the death toll of American soldiers in Afghanistan already stood at 2,372 in July 2018.

Fact of the matter is that the biggest stumbling block in the peace talks has been the American deep state. The bureaucracy of the Pentagon, the State Department and their mouthpiece, the mainstream media, tried their best to thwart the nuclear negotiations with North Korea and Trump’s Syria withdrawal last year, and their subversive antics are hampering the Afghanistan drawdown too.

Regarding the presence of transnational terrorist networks on the Afghan soil, the al-Qaeda chief Osama bin Laden has already been killed in a May 2011 raid of the US Navy Seals in the Abbottabad compound in Pakistan and its second-in-command Ayman al-Zawahiri is on the run. Besides, the number of al-Qaeda’s Arab militants in the Af-Pak region does not exceed more than a few hundred and are hence inconsequential.

Though the homegrown insurgent movements comprising ethnic Pashtun militants, such as the Taliban and its breakaway factions, including the Islamic State Khorasan, are a much larger menace. According to a recent report by the US Special Inspector General for Afghanistan Reconstruction (SIGAR), the US-backed Afghan government controls only half of Afghanistan’s territory.

It’s worth noting, however, that SIGAR is a US-based governmental agency that often inflates figures. Factually, the government’s writ does not extend beyond a third of Afghanistan. In many cases, the Afghan government controls district centers of provinces and outlying rural areas are either controlled by the Taliban or are contested.

The so-called “Khorasan Province” of the Islamic State in the Af-Pak region is nothing more than a coalition of several breakaway factions of the Taliban and a few other inconsequential local militant outfits that have pledged allegiance to the Islamic State’s late chief Abu Bakr al-Baghdadi in order to enhance their prestige, and draw funds and followers, but which doesn’t have any organizational and operational association with the Islamic State proper in Syria and Iraq.

The total strength of the Islamic State-Khorasan is estimated to be between 3,000 to 5,000 fighters. By comparison, the strength of the Taliban is estimated to be between 60,000 to 80,000 militants. The Islamic State-Khorasan was formed as a merger between several breakaway factions of the Afghan and Pakistani Taliban in early 2015. Later, the Islamic Movement of Uzbekistan (IMU), a Pakistani terrorist group Jundullah and Chinese Uyghur militants pledged allegiance to it.

In 2017, the Islamic State-Khorasan split into two factions. One faction, based in Afghanistan’s eastern Nangarhar province, is led by a Pakistani militant commander Aslam Farooqi, and the other faction, based in the northern provinces of Afghanistan, is led by a former Islamic Movement of Uzbekistan (IMU) commander Moawiya. The latter faction also includes Uzbek, Tajik, Uyghur and Baloch militants.

The number of US troops stationed in Afghanistan did not exceed beyond 30,000 during George Bush’s tenure as president, and soon after occupying Afghanistan, Washington invaded Iraq in March 2003 and American resources and focus shifted to Iraq.

It was the Obama administration that made the Afghanistan conflict the bedrock of its foreign policy in 2009 along with fulfilling then-President Obama’s electoral pledge of withdrawing American forces from Iraq in December 2011. At the height of the surge of the US troops in Afghanistan in 2010, the American troops numbered around 100,000, with an additional 40,000 troops from the rest of the international coalition, but they still could not manage to have a lasting effect on the relentless Taliban insurgency.

The Taliban are known to be diehard fighters who are adept at hit-and-run guerrilla tactics and have a much better understanding of the Afghan territory compared to foreigners. Even by their standards, however, the Taliban insurgency seems to be on steroids during the last several years.

The Taliban have managed to overrun and hold vast swathes of territory not only in the traditional Pashtun heartland of southern Afghanistan, such as Helmand, but have also made significant inroads into the northern provinces of Afghanistan which are the traditional strongholds of the Northern Alliance comprising the Tajik and Uzbek ethnic groups.

In October 2016, for instance, the Taliban mounted brazen attacks on the Gormach district of northwestern Faryab province, the Tirankot district of Uruzgan province and briefly captured [3] the district-center of the northern Kunduz province, before they were repelled with the help of the US air power.

The main reason of the surge in the Taliban attacks during the last several years appears to be the drawdown of the American troops which number only 14,000, and the number has reportedly been further reduced by several thousand even after the cancellation of the peace talks with the Taliban in September, indicating impending resumption of the dialogue process as is obvious from the release of Kevin King and Timothy Weeks on Tuesday.