How much do you know about the US Army Logo? The five-pointed star has been the symbol of American Army for over two centuries, and the history behind it is pretty interesting. Let’s reveal a few facts and secrets connected with this logo.

The meaning and history of US Army Logo

The traditional US Army emblem was creates as long ago as during the American Revolution which took place in 1775-1783. Initially, the emblem serves as a seal used on official documents. Historians claim that the first seal was stamped somewhere in 1778, so this is the year when the official emblem was born.

As indicated by 1000Logos.net, the logotype serves as a great example of resistance to change: the emblem survived through the Indian Wars, the Mexico Incursions, and the two World Wars. It did not change during 169 years! The only thing altered was the words: “War Office” was replaced by “Department of the Army”.

Who is the author of the Star?

The US Army Logo with a star was created by Leo Burnett Worldwide advertisement agency in 2001. It became even more popular than the official seal.

A few words about aesthetics

The official colors of US Army, black and gold are features in both emblems. The star has the color of US flag and a light shade of blue. The word mark that goes with the star emblem is written in a bold, solid serif type.

Facts about the US Army Emblems 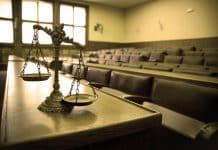 Why Do You Need to Find the Best Attorney for Workers Compensation?