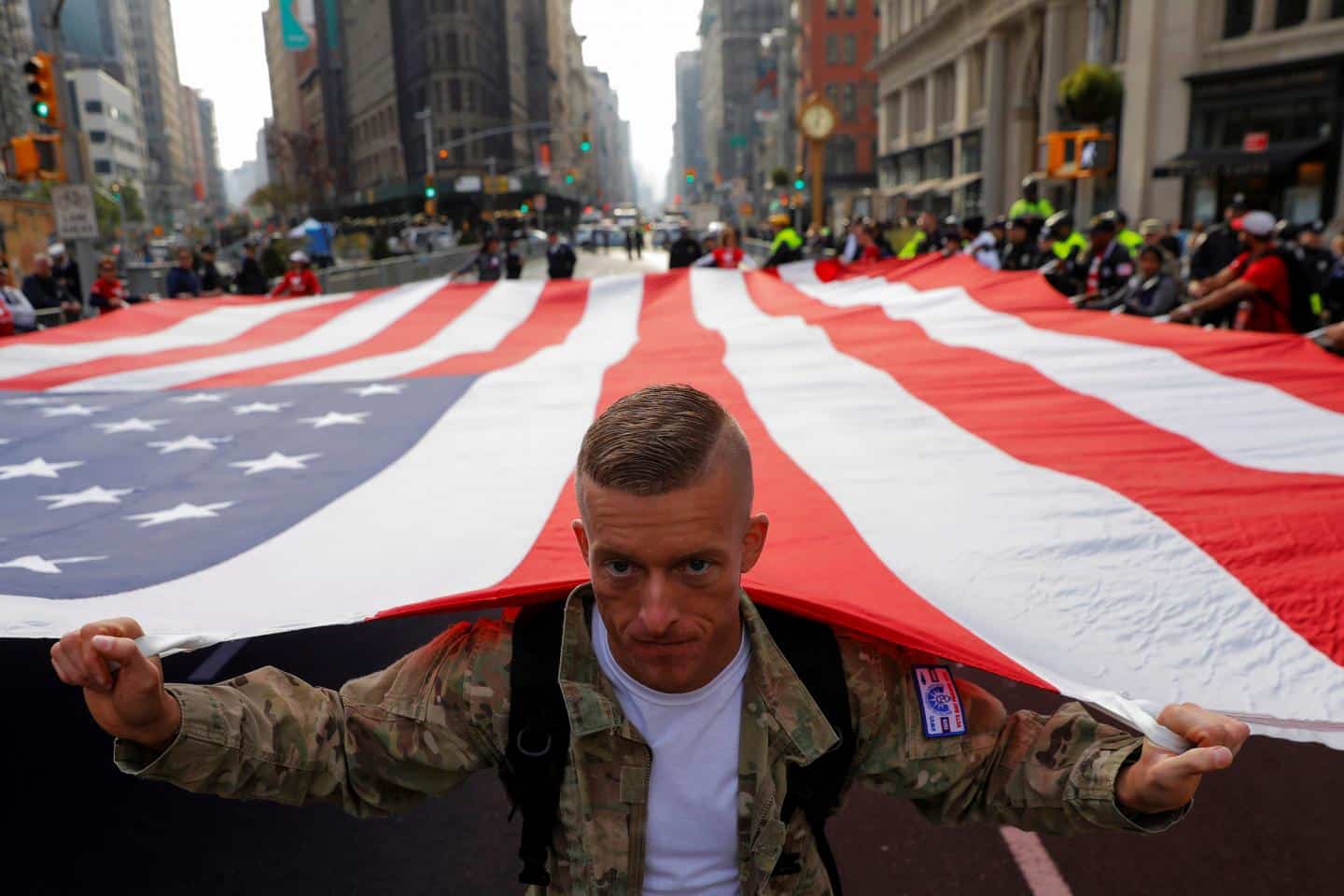 In 2012, about 50 Iraq veterans angrily discarded their war medals. In 2014, it was reported that “Probably no Americans are more abidingly tired of war than those who fought in Iraq and Afghanistan.”[1] One army sergeant, “who was about to be sent to Iraq for his second tour,” declared, “We’re getting maimed for bullshit.”[2]

If you think the sergeant is kidding, USA Today declared last January that “As two of the nation’s longest wars finally end, most Americans have concluded that neither achieved its goals.”[3]

In other words, the six-trillion dollar war was a total waste. Men, women and children who ended up losing their precious lives were all pawns in the Zionist schemes. The only people who are still laughing right now are New World Order Agents, the very people who will never send their own children to die in the Middle East.

The sad part is that when US soldiers are done fighting Zionist wars and come back home, they are largely discarded as non-humans:

“Nearly 50,000 Iraq and Afghanistan veterans were either homeless or in a federal program aimed at keeping them off the streets during 2013, almost triple the number in 2011…”[4]

Our American men and women deserve better. We certainly cannot continue on this Zionist path and expect to have a bright future as Americans. And the statistics about the wars are just intolerable.

More recently, the National Interest has reported: “George W. Bush’s War on Terror began eighteen years ago, with no initiative on the part of the U.S. government to bring it to a conclusion. In those two decades, Americans have spent $6.4 trillion and lost seven thousand soldiers. . Polling this year indicates that a majority of War on Terror veterans now feel that it, and its military interventions in Afghanistan, Iraq, and Libya, were not worth fighting at all.”[5]

Obviously no thinking American would approve this pernicious enterprise, not even US veterans. As the National Interest moved on to say: “After a series of panels and speeches, 120 veterans traveled to Capitol Hill to lobby lawmakers to repeal the 2001 Authorization for the Use of Force and end the ‘forever wars.’”[6]

After serving ten years in the Idaho National Guard, including an eighteen-month deployment to Afghanistan, former Sgt. Dan McKnight came to the conclusion that he and others need to start fighting the ethnic cleansers who want to drink the blood of other people in the Middle East. McKnight then founded the Bring Our Troops Home organization. Why? He said

“It was in an effort to try and keep my brothers and sisters from going back to war on back to back to back combat deployments, and I was tired of seeing them come home broken, divorced, and emotionally scarred.”[7]

“In less than a year Bring Our Troops Home has garnered thousands of members and opened chapters in twenty-two states (primarily the mountain west). ‘The support we’re seeing from around the country has been nothing but full support from the veteran community,’ says Pryce Robinson, who has been involved since the beginning. ‘If you actually talk to the veterans on the ground, they are done. They are sick and tired of these endless wars that continue to affect them, their children, their parents, their relatives.’”[8]

Let’s just hope that US veterans continue to reject the diabolical enterprise which the New World Order has forced upon us all. The NWO movement certainly can be destroyed, and the seed is already being planted.