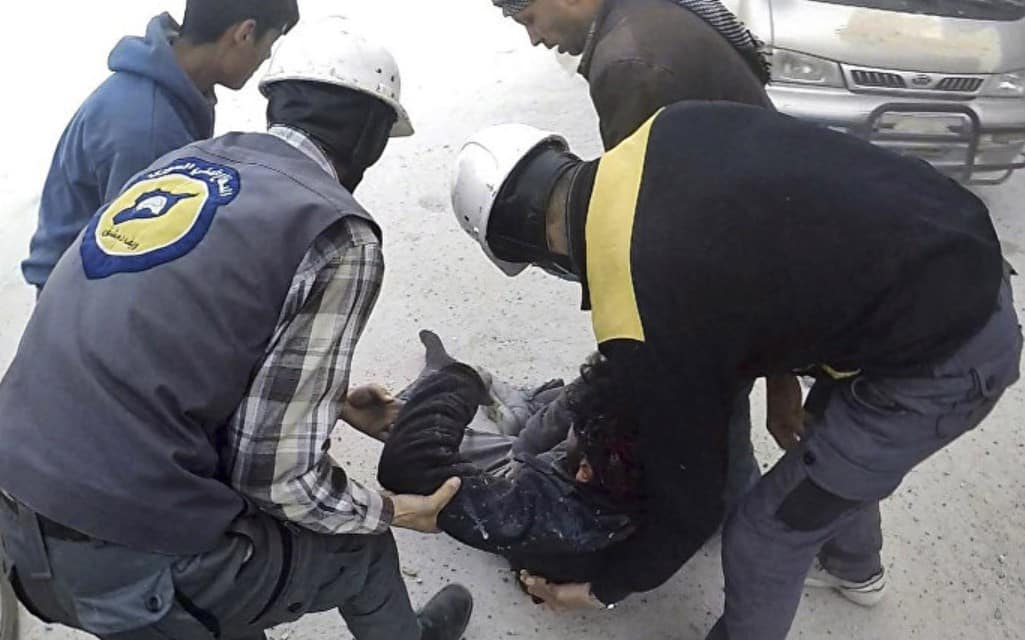 A survey by a Russian institution reveals that the White Helmets, which operates under the guise of an aid group in Syria, has been involved in the forcible removal of organs from civilians living in areas controlled by militants.

The survey, dubbed “White Helmets: terrorist abettors and sources of disinformation,” was conducted by the Foundation for the Study of Democracy.

Presenting the study’s findings on Thursday, Maxim Grigoryev, director of the organization, said the White Helmets evacuated people with the promise of medical assistance, but later handed their bodies — with some vital organs missing — to their relatives.

He added that the organ removals came to light after the bodies were examined.

“They [White Helmets] were a key element in this illegal scheme of organ removal. We learned about those incidents from the people whom we interviewed. This information came as an unpleasant surprise to us,” Grigoryev said.

He further noted that the survey was based on interviews with White Helmets members, former militants and residents of Syrian areas where White Helmets were most active, including Aleppo, Damascus, Douma, Dayr al-Zawr and Saqba.

A Russian foundation says the so-called White Helmets have deliberately executed women and children to disseminate misinformation about Syria.

Grigoryev also pointed out that the illegal extraction and trade of human organs was practiced in late 1990s, when White Helmets co-founder James Le Mesurier was in Yugoslavia. Le Mesurier, a former British army officer, was found dead in Istanbul earlier this month.

“The scheme of illegal extraction of organs from residents of Serbia was carried out on the territory where he [Le Mesurier] was staying, and exactly the same system was recreated in Syria. This is exactly what White Helmets are doing,” he said.

The White Helmets claims to be a humanitarian NGO, but it has been accused of working with anti-Damascus terrorists and staging false-flag chemical weapons attacks in Syria.

Syria views the White Helmets as “a branch of al-Qaeda and al-Nusra” militant outfits and a “PR stunt” by the US, the UK and France.