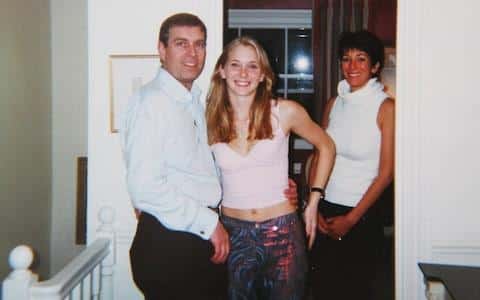 Prince Andrew obviously wanted to reestablish himself when he went on the BBC to be interviewed. He almost certainly wanted to get back to normal life, although he hasn’t done that in years. He wanted to be trusted. He wanted the public to take him seriously. He wanted to feel remorse about what happened to his character.

But many people aren’t impressed. In fact, the Telegraph has reported that Andrew “authored his own downfall by deciding to go public.”[1] Deidre Stratton, who worked at Epstein’s Zorro Ranch, declared that Andrew “was ‘kept company’ by the woman for three days when he stayed at the ranch on his own. Stratton said her main job was to procure Epstein with a ‘stable’ of young female masseuse, maintaining a list of women that ‘didn’t have tattoos or piercings’ who were willing to drive out to the ranch and massage him.

“Stratton said Andrew came to stay at the Zorro Ranch on his own, and was put up in a self-contained three-bedroom guest property on the estate. Epstein was not there, but he arranged for Andrew to be accompanied by the young medic,”[2]

“I’m guessing she understood her job was to entertain him because I guess, the fear, I don’t know; the fear would be that Andrew would say, ‘No I didn’t really find her that attractive.’ … He would tell Jeffrey that and then she would be on the ropes.

“I’m guessing that, another theory is, that Jeffrey probably had her on retainer and she knew what her job would be, should be, to make these people happy… Sex was all they thought about. I mean, I know for sure that Jeffrey would ideally like three massages a day.”[3]

It should be clear by now that Andrew is a pathological liar. Virginia Roberts, however, doesn’t seem to be lying about her claims. “Virginia Roberts claims to have sex with Andrew ‘three times, including one orgy,’ with the first encounter allegedly taking place in Ms Maxwell’s London townhouse.”[4] Andrew’s daughters are now saying that they are “deeply destressed” over his ties with Epstein. But the sad part is that they waited that long to be “deeply distressed.”[5] Do they mean to tell us all that they knew nothing of Andrew’s sexual exploration until then? Who are they fooling this time?