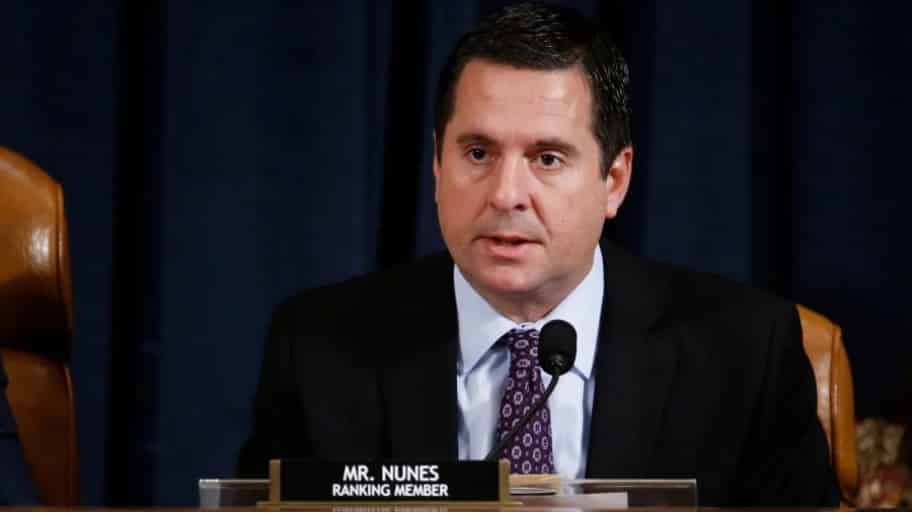 Republican Rep. Devin Nunes is likely to face an ethics investigation over allegations he met with an ex-Ukrainian prosecutor at the heart of the impeachment inquiry into President Trump, the top Democrat on the House Armed Services Committee said Saturday.

This would be the second investigation by the House Ethics Committee into the California Republican in two years. “Quite likely, without question,” House Armed Services Committee chairman Rep. Adam Smith (D-Wash) said when asked by MSNBC’s Joy Reid whether Nunes (R-Calif.), the House Intelligence Committee’s top Republican and a longtime Trump ally, could be investigated.

An associate of Rudy Giuliani has claimed to have information on meetings Nunes allegedly had with Viktor Shokin, a former Ukrainian prosecutor general, according to a Friday CNN report.

Shokin, who was ousted from his position for not pursuing corruption investigations in Ukraine, has fueled conservative conspiracy theories that Biden forced Ukrainian authorities to fire him in order to engage in a corrupt cover-up.read more

A lawyer for an indicted associate of Rudy Giuliani told CNN that his client is willing to tell Congress about meetings the top Republican on the House Intelligence Committee had in Vienna last year with a former Ukrainian prosecutor to discuss digging up dirt on Joe Biden.

The attorney, Joseph A. Bondy, represents Lev Parnas, the recently indicted Soviet-born American who worked with Giuliani to push claims of Democratic corruption in Ukraine. Bondy said that Parnas was told directly by the former Ukrainian official that he met last year in Vienna with Rep. Devin Nunes.
“Mr. Parnas learned from former Ukrainian Prosecutor General Victor Shokin that Nunes had met with Shokin in Vienna last December,” said Bondy. Shokin was ousted from his position in 2016 after pressure from Western leaders, including then-vice president Biden, over concerns that Shokin was not pursuing corruption cases.
Nunes is one of President Donald Trump’s key allies in Congress and has emerged as a staunch defender of the President during the impeachment inquiry, which he has frequently labeled as a “circus.” Nunes declined repeated requests for comment.
Bondy told CNN that his client and Nunes began communicating around the time of the Vienna trip. Parnas says he worked to put Nunes in touch with Ukrainians who could help Nunes dig up dirt on Biden and Democrats in Ukraine, according to Bondy.
That information would likely be of great interest to House Democrats given its overlap with the current impeachment inquiry into President Trump, and could put Nunes in a difficult spot.
https://www.cnn.com/2019/11/22/politics/nunes-vienna-trip-ukrainian-prosecutor-biden/index.html