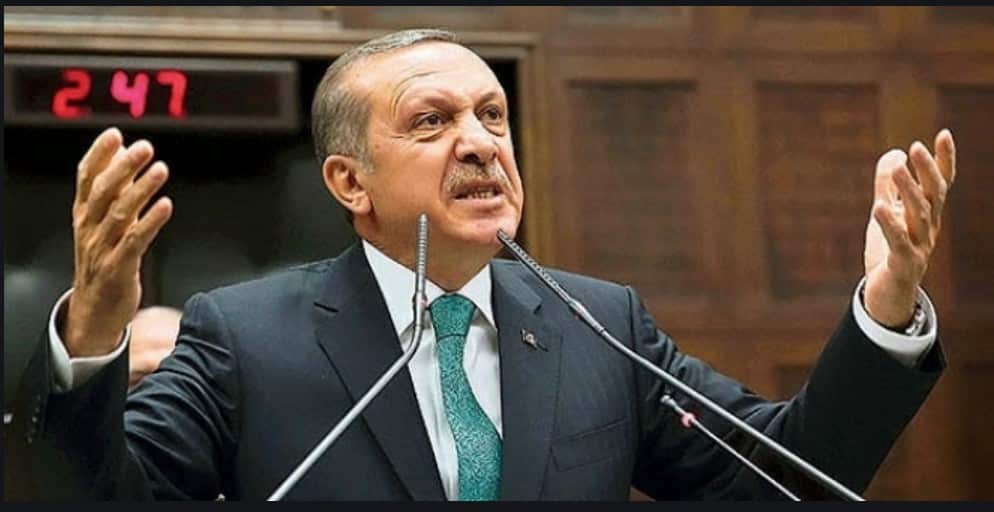 Turkey’s Peace Spring operation in Northern Syria facilitated reconstitution of ISIS capabilities. The terror group not only revamped its positions in Syria and the neighboring Iraq due to the Turkish incursion, but also gained additional abilities to plan attacks abroad, according to the recent report of US Defense Intelligence Agency.

The document’s language is extremely dry and official, likely intentionally so. “On October 9, Turkey launched air and ground operations against Kurdish People’s Protection Unit (YPG) positions in northeastern Syria that initiated a series of actions that affected the OIR mission against the ISIS. These actions also influenced the US relationship with the Kurds and the Syrian Democratic Forces (SDF) in Syria, and control of territory in northeastern Syria .. ISIS exploited the Turkish incursion and subsequent drawdown of US troops to reconstitute capabilities and resources within Syria and strengthen its ability to plan attacks abroad.”

What the report sheepishly calls “influence on the US relationship with the Kurds” in reality was widely regarded as Washington’s reluctance to support its key ally. The Kurds and their supporters, unlike DIA analysts, did not mince words and concisely expressed their opinion in a single word: betrayal. It’s hard to argue with this estimate as Washington inaction left the Kurds one on one with Turkey, who did not hesitate to use its opportunity to launch a military operation comparable with genocide in its violence.

One of the harshest estimates of the Turkish operation came from a senior US diplomat and former Deputy Special Envoy to the International Coalition against ISIS William Roebuck. His leaked memo titled “Standing By as Turks Cleanse Kurds In Northern Syria and De-Stabilize our D-ISIS Platform in the Northeast was published by the New York Times and provoked heated discussions.

The memo’s content is very well in line with the title. Although Roebuck condemns the US for making little effort to deter Turkey, he unequivocally declares the Turkish authorities the main culprit. He believes that even if Washington had taken a bolder approach, it would not have prevented Turkish President Recep Erdogan from executing his plans. “It’s a tough call, and the answer is probably not. But we won’t know because we didn’t try,” he mentions in the report.

Peace Spring operations, Roebuck states, is little more than ethnic cleansing spearheaded by radical islamists from Turkey-backed proxies. Multiple cases of assassinations of civilians, including politicians and priests, by the hands of the militants, confirm this assessment, but the Turkish leadership remains unabashed. High-profile murders are exploited to terrorize local residents and force them to flee the areas set as the goal of the Turkish operation.

Roebuck, along with former Special Envoy to the International Coalition Brett McGurk and a number of other high-ranking US military commanders and administration officials, became one of the most vocal critics of the Turkish incursion. As expected, he and the others found themselves on the “black list” of Turkish media, who are indiscriminate in labeling those who dare to speak against Turkey as “terrorist supporters”.

In addition to the online smear campaign against its critics Turkey actively benefits from services provided by its allies – or those willing to become allies – for a certain price. Probably the most high-profile figure on this list is James Jeffrey – former US Ambassador to Turkey and Donald Trump’s Special Envoy to Syria. Jeffrey’s statements about Turkey having “legitimate concerns” over security of its borders and YPG being the same as PKK, or Kurdistan Worker’s Party, that is considered a terror group by the Turkish authorities, parroted the rhetoric frequently used by Turkish officials and were a major red flag signaling that Jeffrey is a Turkey’s man in Washington.

Simultaneous use of violent proxies on the ground and sophisticated lobbyists in the White House’s offices together with an incoherent Washington’s position allowed Ankara to extract maximum benefit from the US reluctance to act. This was largely achieved by a single man – Turkish President Recep Erdogan.

It was after speaking to the Turkish leader that Donald Trump announced the (yet to be executed) decision to withdraw the US troops from Northern Syria, giving Turkey a green light to begin the operation against the Kurds. Despite all the efforts made by the US President to present this step in a positive light and push the “bringing our soldiers home” narrative, another view prevailed: US suffered a humiliating defeat, and a one that was dealt by an ally – Turkey.

The story repeated itself during the latest meeting between the two leaders in Washington. Again, despite harsh statements of the US officials in regards to shipments of Russian weapons systems, including S-400 missiles and, possibly, Su-35 jets, to Turkey, the negotiations ended with Trump looking defeated simply because he hosted the leader of the state waging war against a key US ally in the Syrian crisis.

There can be only one conclusion: Erdogan’s Turkey never was, and never could be, an ally of the US. Any illusions that still exist here must be unveiled. Without this, Washington is destined to continue to lose to an ally that has long turned into an enemy.