RT/Moscow: Fox News host Tucker Carlson has crossed an MSM Rubicon and questioned the Douma “gas attack” fraud on air, bringing up the OPCW whistleblower. Then he “rooted for Russia” over Ukraine. Was it a “betrayal,” or epic truth-trolling?

Carlson boldly went where no mainstream TV host had gone before, unpacking the explosive story of April 2018’s Douma “chemical weapons attack.” While the “attack” was attributed to Syrian President Bashar al-Assad by an altered report from the Organization for the Prevention of Chemical Weapons, two whistleblowers within the group accused it of omitting evidence to craft a misleading narrative – a fact that has never crossed the lips of US media until Monday night.

“We’ve been lied to, we’ve been manipulated, we knew it at the time.” 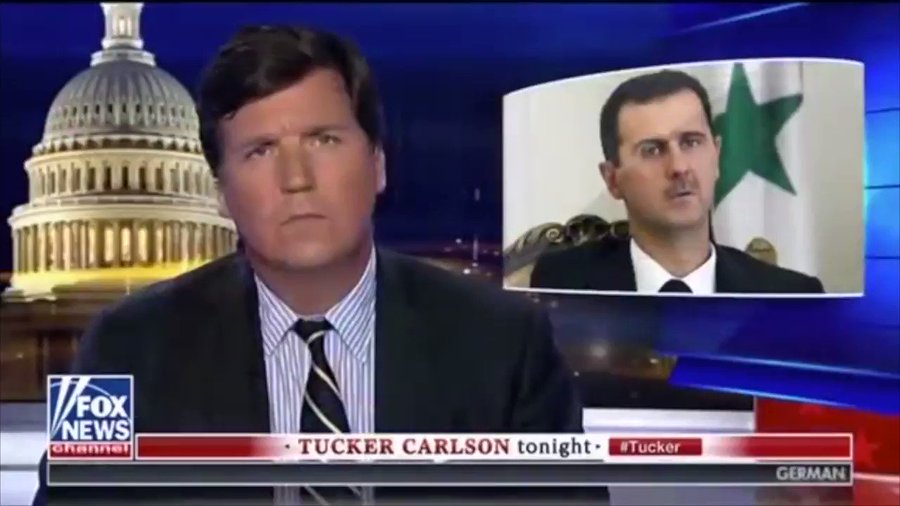 3,746 people are talking about this

The polarizing Fox host dismantled the official Western media narrative in a seven-minute segment that included an interview with the Guardian correspondent who personally witnessed the second whistleblower present evidence to the agency.

“America almost attacked a country and killed untold thousands of people over an attack that may never have happened in the first place – that powerful people may very well have been lying about,” Carlson told his audience, replaying footage of his show from the days following the attack to show he’d always been suspicious it had happened as reported.

ALSO ON RT.COMOPCW report on Douma chemical incident omitted & misrepresented key facts, leaked email by dissenting inspector shows“There was no real reason why Assad would make an attack at this stage, because he was already capturing most of Douma and was about to capture the rest of it. He didn’t need to go in for a chemical gas attack at that stage,” Guardian journalist Jonathan Steele told Carlson, echoing what alt-media journalists have been screaming to the skies since the dubious “attack” went down in April 2018 – a point of view which has nevertheless been exiled from mainstream news.

“We’ve been lied to. We’ve been manipulated. We knew it at the time,” Carlson said, expressing a sliver of hope that other shows would follow his lead and cover the story.

Adding insult to injury, Carlson proceeded to shred the sanctimonious Ukrainegate narrative in another segment of his show, asking former Hillary Clinton adviser Richard Goodstein “Why is it worse to ask about [Hunter Biden taking millions of dollars from Ukrainian energy firm Burisma] than it is to do it?”

Tucker: “Why do I care what is going on in the conflict between Ukraine and Russia? I’m serious. Why shouldn’t I root for Russia? Which by the way I am.” 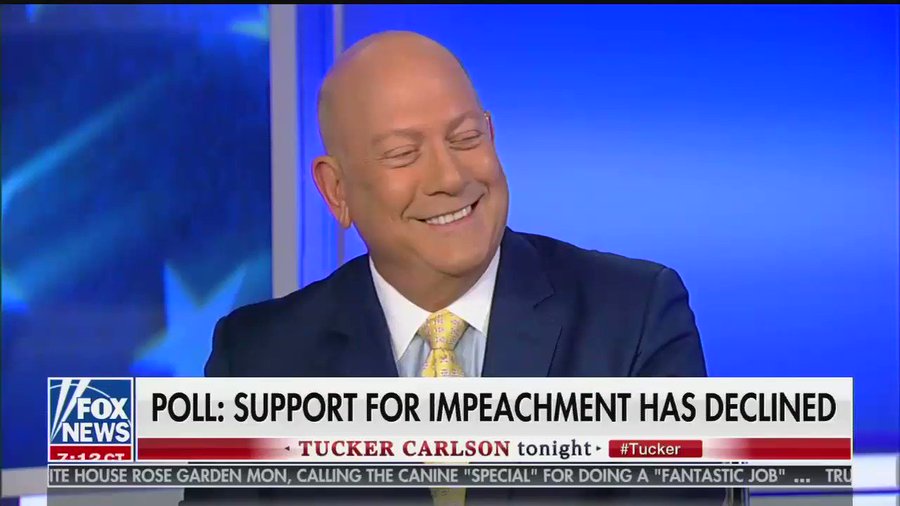 7,340 people are talking about this

“Because thousands of people are dying on the front lines! You think it’s a joke—” a flustered Goodstein began, before Carlson cut him off with an indignant “Why do I care what’s going on in the conflict between Ukraine and Russia?”

And why shouldn’t I root for Russia? Which I am!

Goodstein blustered on about how arch-hawk former vice president Dick Cheney had called the never-proven-yet-still-alleged Russian election interference “a warlike attack” and how Trump would surely “put the arm on” China if he was allowed to remain president, but Carlson had voiced the unspoken suspicions of many of his viewers – why, indeed, should they care about Ukraine? – and Goodstein’s lack of a ready response was telling. The impeachment hearings have been drawing lower ratings than expected, even though polls from the start of the inquiry showed about half the country supported it.

Carlson later said he was trolling Russiagaters on the Left when he said he was “rooting for Russia,” but that only cemented his treason in the minds of his detractors, who declared him a traitorous wretch and called for his removal from the airwaves.

Russiagate truthers took Carlson’s words as the proof their pet conspiracy theory was waiting for. “Carlson is rooting for Russia to invade Europe,” one blue-check tweeted, calling Fox News a “national security threat.”

Tucker Carlson just now: “Why do I care what’s going on in the conflict between Ukraine and Russia? … And why shouldn’t I root for Russia, which I am”

6,850 people are talking about this

Tucker Carlson is a threat to national security.

1,900 people are talking about this

Others demanded his sponsors abandon him and Fox take him off the air – because apparently nothing says America like censorship?

Tucker Carlson: “Why do I care what’s going on in the conflict between Ukraine and Russia and why shouldn’t I root for Russia, which I am.” Carlson says he was joking later, which is convenient, but watch here-it hardly appears to be a joke.

Every sponsor needs to DROP HIM NOW. 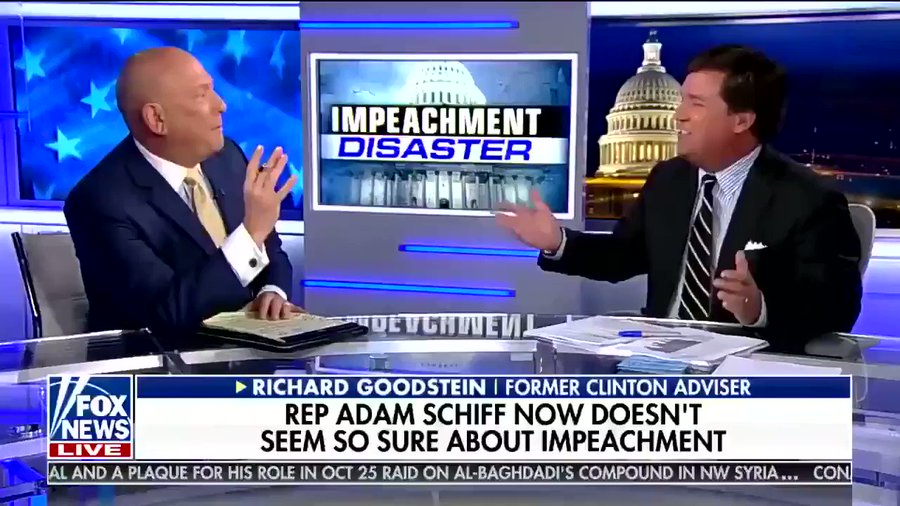 4,354 people are talking about this

Many slammed him as a communist, perhaps forgetting the USSR has not existed for decades.

When Fox News is defending war criminals & a corrupt POTUS, that’s bad but when their host @TuckerCarlson gleefully exclaims he is rooting for Russia, a communist nation that kills dissidents & activists that proves Fox News needs to be removed from airwaves#FireTuckerCarlson

In my 72 years on this earth, I have never seen or could believe a TV so-called News Network would say or support Communist Russia.
This is treason pure and simple. Wake up America. The Russians are coming.

20 people are talking about this

And a few lonely voices merely marveled at the total reversal of a status quo in which the Left had once stood against war.

It’s sign of how far we are through the looking glass that the only corporate journalists prepared to report to us the overwhelming *evidence* that we were lied to about events in Syria are a rogue columnist at the Daily Mail and Tucker Carlson of Fox News https://twitter.com/ColumbiaBugle/status/1199163678664183808 …

“We’ve been lied to, we’ve been manipulated, we knew it at the time.”

166 people are talking about this

We live in a world where Fox goes against war, bombing random countries which pose no risk to the US and against Russophobia, while CNN,NBC, and the other “liberal” media go “bomb them all, bomb them all!”.