Iran’s Navy commander says the country’s destroyers are all to be outfitted with missiles that use the vertical launching system (VLS), a technology that can be used to destroy cruise missiles.

“We have achieved the technology of vertically-launched missile silos,” he said, adding that the projectiles “can be used to destroy cruise missiles,” Navy Commander Rear Admiral Hossein Khanzadi said at a press conference on Wednesday as Iran prepares to commemorate National Navy Day. 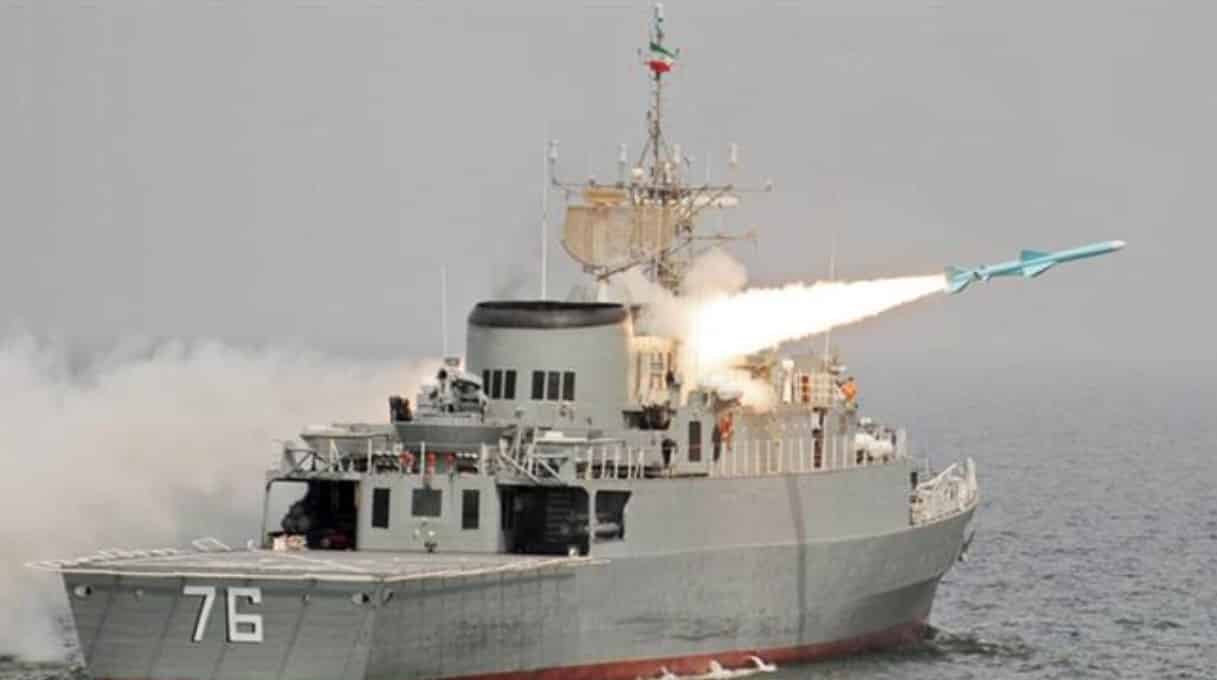 He said Iran began building its own defense equipment after coming under sweeping United States-led sanctions in the wake of the victory of its Islamic Revolution in 1979.

The drive initially awarded the Navy its gunboats before it successfully designed and produced destroyers under its Mowj Project.

So far, he added, the country has manufactured three destroyers, including Damavand, a new-generation vessel, which boasts higher speed and is less radar detectable due to its special design, Sahand, which joined the Navy last year and is being prepared for oceanic missions, and Dena.

Iran’s Navy commander says the force is to join three destroyers to its northern and southern armadas in a matter of four months.

Khanzadi further expressed hope that the Navy will inaugurate another destroyer named Taftan in the next year, which will also feature the launch of Negin (Solitaire) Project, an initiative aimed at building a heavy destroyer that uses an electric propulsion system.

Iran has launched its most advanced military vessel built by Iranian experts, capable of voyages lasting five months without resupply and having radar-evading properties .

The Navy chief identified the country’s indigenous submarines as Qadir, which has been equipped with mass-produced Valfajr torpedoes, and Fateh, a semi-heavy submarine that is to be equipped with air-independent propulsion technology that boosts its under-surface stealthiness.

Last year, he noted, the Navy successfully tested sub-surface missiles on its submarines as part of a project known as Jask 2.

Khanzadi went on to say that the Navy’s operating range had far exceeded the Persian Gulf, reaching as far as the Indian Ocean, the Red Sea, and Bab el-Mandeb Strait.

So far, 64 Iranian naval groups have been dispatched on anti-piracy missions to the Strait and the eastern part of the Indian Ocean, he said, adding that the Navy had also begun patrolling the Red Sea, where an Iranian oil tanker came under attack earlier this year.

The body of water has, thanks to Iran’s naval operations, again become a safe maritime route for the country’s shipping activities, the official added.

“So far, thanks to the power, which lies in the possession of Iran’s Islamic establishment, the Americans will, under no circumstances, dare to pose any direct threat to our region,” Khanzadi said.

“Their actions are mostly done through their proxies,” he added, saying, “They are trying to reach their objectives by creating an atmosphere of insecurity.”

However, the Navy commander asserted, “Should the Americans commit any blunder, they will receive a heavy blow from Iran’s Armed Forces.”

Khanzadi also noted that the Islamic Republic was soon to take part in trilateral drills with Russian and Chinese naval forces in the northern part of the Indian Ocean.

Also next year, the Navy will inaugurate a new drone named Simorgh, which can be armed with various weaponry, electronic warfare devices, and surveillance cameras, and can stay airborne for 24 hours, the commander said.

The new aircraft, he added, is a seaborne one, which enjoys a complex design priming it for demanding naval missions.