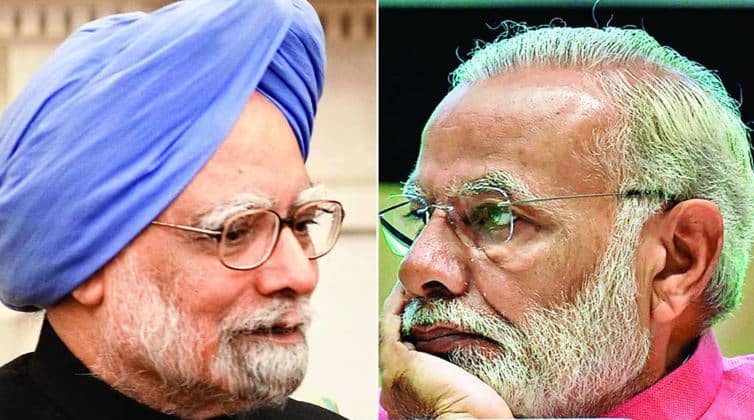 In a political system like India, no policy – economic policy, specifically – is without controversy. When we consider major tax reform like the GST, there is bound to be opposition, an intense one at that. The GST, as a bill, took a long time to be formulated and a longer time to be accepted.

It is quite surprising to note and understand the opposition to the implementation of GST in the Indian economy; in fact, some resistance to it can be considered power politics. Let’s see and understand why some parties, even the BJP at one point, opposed the GST Bill.

The BJP Opposition Under The UPA Government

Now, to understand the opposition to the GST Bill, we cannot just study the recent debate in isolation. The GST Bill has had a long drawn history in the Parliament, forming shape in 2000, under the Vajpayee government. Seventeen years in the making, the bill was once being proposed and pushed by the UPA government, but faced backlash and rejection from the then opposition, the BJP.

The BJP had then rejected the concept of GST, claiming that it went against the quasi-federal nature of India. The UPA government, while trying to pass the 115 Amendment Bill in 2011 to bring about GST, faced immediate opposition from the Narendra Modi led Gujarat Government. Gujarat minister Saurabh Patel went on record to claim that Gujarat would have suffered a loss of 14,000 crore loss per annum if GST Indian economy acts were enacted.

Patel also claimed that the center had owed Gujarat Rs 4,500 crore as pending compensation and requested the central government to look into the matter.

Now that the BJP has strongly proposed and implemented GST, the NDA called out the government and claimed that the BJP’s opposition to, and consequently the failure of, the 2011 GST Bill caused the country to lose around Rs. 12 lakh crores.

The GST in the Indian Economy is up and running as I write this article, and you read it; but to get to the roots of the opposition to the current GST Bill, we must first see and understand the arguments even before the bill was implemented.

Let’s backpedal a bit to 2016 and talk about AIADMK’s opposition to such a legislature. The AIADMK, active and thriving in the state of Tamil Nadu, vehemently opposed the bill, arguing that the GST Council is an unelected body and should not be allowed to make decisions on important matters such as taxation. The AIADMK also argued that the center would snatch away all fiscal powers of states by controlling the fundamental area of taxation.

Another argument of the AIADMK was that proportional voting was not on the table for the GST Council, implying that bigger states could be controlled by smaller states, all run by the same party, by forming an alliance.

The other criticism and opposition to the GST Bill came on the first anniversary of the bill, where Congress did not hold back. The party’s spokesperson Randeep Singh said that the GST did not fulfill its goal to be ‘one nation, one tax,’ simply because it still consisted of multiple forms, slabs, and unnecessary formalities.

Priyanka Chaturvedi, another spokesperson of the Congress, said that the GST Bill was faulty and was implemented in a hurry for political gains and in doing so, had hurt the already broken Indian economy further.

P. Chidambaram, former Finance Minister under the UPA government, in a series of tweets, talked about how numerous traders were being affected by the bill, as they were not being refunded on time post-implementation. Chidambaram also sheds light on the apparent hypocrisy of the NDA government by stating how it refused to vote for the GST under UPA, only to implement it when coming to power themselves.

Leader of The Trinamool Congress, Derek O’Brien, stated that his party, while it supported the GST as a reform, opposed the untimely and rushed implementation of the bill. O’Brien claimed that his party, in the Parliament, had consistently given suggestions on how to reform the bill and make it better for the economy.

When a bill like GST is concerned, it is natural that there will be a lot of criticisms. Whether it be under the UPA government or the NDA government, the opposition has always been skeptical of such a significant reform. It is fair to say that both sides have viable points of their own, and GST, as a bill, is a debate and a very interesting and intellectually stimulating one at that.