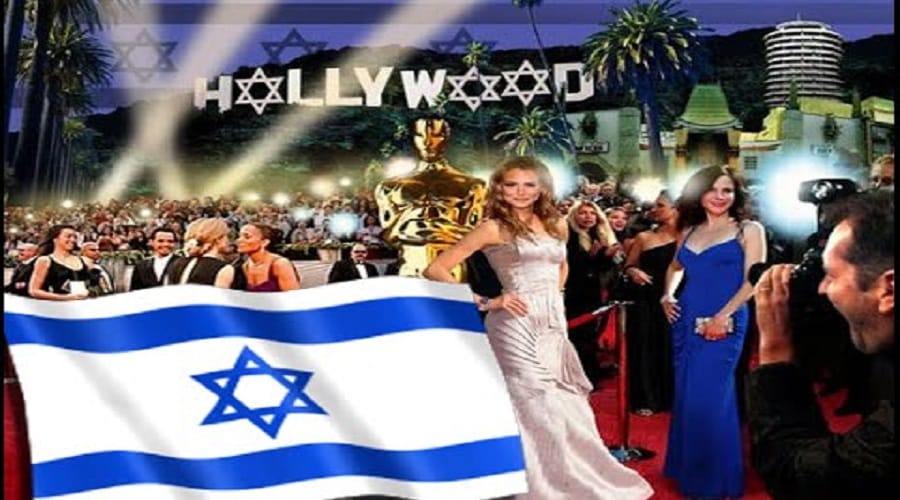 DISCLOSURE: This article deals with racism and bigotry. While, VT does NOT support racism, bigotry, violence, or hate speech, we are an open source uncensored journal and support the right of independent writers and commentors to express their voices. Reader discretion is advised.

Harvey Weinstein: “We’re gonna have to get as organized as the mafia.”[1]

Today’s intellectuals think they can live an intellectual life without morality or practical reason or even without any interest in pursuing the truth. That is the central issue which Robin fails to address. Marquis de Sade for example did not lack “imagination and will.” His wicked imagination allowed him to turn practical reason upside down. This led to immoral acts in both the political and sexual realm, which played a central role during the French Revolution.

Many intellectuals, like the late philosopher Richard Rorty, build their entire career on deconstructing morality and metaphysical truth and forcing eager students to accept self-defeating philosophies. For Rorty, “there is no standard, not even a divine one, against which the decisions of a free speech can be measured.”[3]

The simple fact is that Rorty himself did not seriously believe this nonsense precisely because he explicitly declared that he had to mold students into his own “provinciality,”[4] which obviously indicates that he believed in some kind of standard. Rorty and others continue to show that Augustine was right all along, that those who deny metaphysical truth will end up copying it in a promiscuous and “perverse way.” In that sense, Augustine argues, those people end up proving that metaphysical truth exist and that no one can hide from Logos.[5]

So, the modern fool and de Sade have something in common: de Sade wanted nothing to do with the moral order, and the modern fool wants to believe only that which conforms to his ideology. If something happens to contradict what his subterranean mind accepts as truth, then he will go berserk. He will say weird things. Crazy things. Dumb things. The modern fool’s intended goal is to follow an ideology, and that’s why he is bound to get lost.

There is something else about the modern fool. He wants to distort the intellectual life, which Plato defines as the way things really are, and replace it with falsehood. What I am saying?

I get messages almost every week from various people asking questions about certain topics. One specific respondent who describes himself as “an American rabbinical student with an academic interest in perceptions of the Talmud by writers of various non-Jewish backgrounds and opinions” has been asking one question after another, but he had no intention in pursuing the truth whatsoever. He wanted to find something that would prove his pernicious ideology. You disagree with him? You say something he doesn’t like?

Well, you are an anti-Semite, a conspiracy theorist, and a person who is perpetuating the same things which are found in the Protocols of the Elders of Zion. In the end, I realized that I was wasting my time with that correspondent because he was obviously a classic manifestation of a modern fool. But he insinuated in his last message to me that he categorically rejected the idea that Jews control the media and other things. One needn’t be a serious observer to realize that this correspondent has virtually no desire to even look at some of the studies that have been written over the years on this subject.

For example, Jewish journalist Joel Stein expressed surprise over a Gallop poll that stated only 22% of Americans “now believe that the movie and television industries are pretty much run by Jews,” writing that this “just shows how dumb America has gotten. Jews totally run Hollywood.”[6] Stein writes that media outlets like NBC are run by “Universal Chief Executive Jeff Zucker (mega-Jewish).”[7] Stein went on to provide evidence for his assertion:

“How deeply Jewish is Hollywood? When the studio chiefs took out a full-page ad in the Los Angeles Times a few weeks ago to demand that the Screen Actors Guild settle its contract, the open letter was signed by: News Corp. President Peter Chernin (Jewish), Paramount Pictures Chairman Brad Grey (Jewish), Walt Disney Co. Chief Executive Robert Iger (Jewish), Sony Pictures Chairman Michael Lynton (surprise, Dutch Jew), Warner Bros. Chairman Barry Meyer (Jewish), CBS Corp. Chief Executive Leslie Moonves (so Jewish his great uncle was the first prime minister of Israel), MGM Chairman Harry Sloan (Jewish) and NBC Universal Chief Executive Jeff Zucker (mega-Jewish). If either of the Weinstein brothers had signed, this group would have not only the power to shut down all film production but to form a minyan with enough Fiji water on hand to fill a mikvah…

“As a proud Jew, I want America to know about our accomplishment. Yes, we control Hollywood. Without us, you’d be flipping between ‘The 700 Club’ and ‘Davey and Goliath’ on TV all day.”[8]

Stein is not alone in saying this. Philo-Semitic historian Paul Johnson declares that the movie industry “was almost entirely put together by Jews.”[9] This has been the pattern since the 1880s, and it has exploded in the 20th century.[10]

Despite the factual nature of these events, even talking about Jewish influence in the media or Hollywood has become taboo in today’s culture, risking instant accusations of anti-Semitism. For instance, in 1988, Jewish journalist and Hollywood historian Neal Gabler wrote his influential book An Empire of their Own: How Jews Invented Hollywood.

Six years later, in 1994, British journalist William Cash adopted Gabler’s premise, arguing that Jews largely invented Hollywood in an article for the highly-read British journal Spectator. Gabler, seemingly oblivious to the fact that Cash was simply reiterating the sentiments of An Empire of their Own, called Cash’s article “ananti-Semitic bleat from a reactionary crackpot.” E. Michael Jones concluded, “Gabler attacked Cash for saying what Gabler had said in his own book!”[11] This attitude is appalling, but unfortunately it is becoming the rule rather than the exception among many Jewish writers and ideologues.

In the first chapter of his book, Gabler writes:

“The American film industry…was founded and for more than thirty years operated by Eastern European Jews…The much-vaunted ‘studio system,’ which provided a prodigious supply of films during the movies’ heyday, was supervised by a second generation of Jews, many of whom also regarded themselves as marginal men trying to punch into the American mainstream.

“The storefront theaters of the late teens were transformed into the movie palaces of the twenties by Jewish exhibitors. And when sound movies commandeered the industry, Hollywood was invaded by a battalion of Jewish writers, mostly from the East. The most powerful talent agencies were run by Jews…Above all, Jews produced the movies. ‘Of 85 named engaged in production,’ a 1936 study noted, ‘53 are Jews. And the Jewish advantage holds in prestige as well as numbers.”[12]

Gabler goes so far as to say that “the Hollywood Jews created a powerful cluster of images and ideas—so powerful that, in a sense, they colonized the American imagination…Ultimately, American values came to be defined largely by the movies the Jews made. Ultimately, by creating their idealized America on the screen, the Jews reinvented the country in the image of their fiction.”[13]

Jewish scholar Benjamin Ginsberg maintains similar views in his book The Fatal Embrace: Jews and the States. On the first page of the book, Ginsberg states that Jews have dominated the intellectual, economic, and political infrastructure of America. He writes:

“Since the 1960s, Jews have come to wield considerable influence in American economic, cultural, intellectual, and political life. Jews played a central role in American finance during the 1980s, and they were among the chief beneficiaries of that decade’s corporate mergers and reorganizations. Today, though barely 2% of the nation’s population is Jewish, close to half its billionaires are Jews.

“The chief executive officers of the three major television networks and the four largest film studios are Jews, as are the owners of the nation’s largest newspaper chain and most influential single newspaper, the New York Times. In the late 1960s, Jews already constituted 20% of the faculty of elite universities and 40% of the professors of elite law schools; today, these percentages doubtless are higher. The role and influence of Jews in American politics is equally marked. In 1993, ten members of the United States Senate and thirty-two members of the House of Representatives were Jewish, three to four times their percentage of the general population.

“Jews are even more prominent in political organizations and in finance. One recent study found that in twenty-seven of thirty-six campaigns for the United State Senate, one or both candidates relied upon a Jewish campaign chairman or finance director. In the realm of lobbying and litigation, Jews organized what was for many years one of Washington’s most successful political action committees, the American Israel Public Affairs Committee (AIPAC), and they play leadership roles in such important public interest groups as the American Civil Liberties Union (ACLU) and Common Cause…After the Democrats’ victory, President Clinton appointed a number of Jews to prominent positions in his administration. Their role in American economic, social, and political institutions has enabled Jews to wield considerable influence in the nation’s public life.”[14]

The pathetic thing is that my correspondent told me that he read Christianity & Rabbinic Judaism. In those books, I exhaustively show the scholarly material supports the thesis that the media and news outlets have and still are being controlled by a powerful force. My correspondent deliberately ignored all of that and preposterously declared that I was propounding the same worldview which is found in the Protocols of the Elders of Zion! At that point, I realized that I made the right choice in cutting all communication with this modern fool.