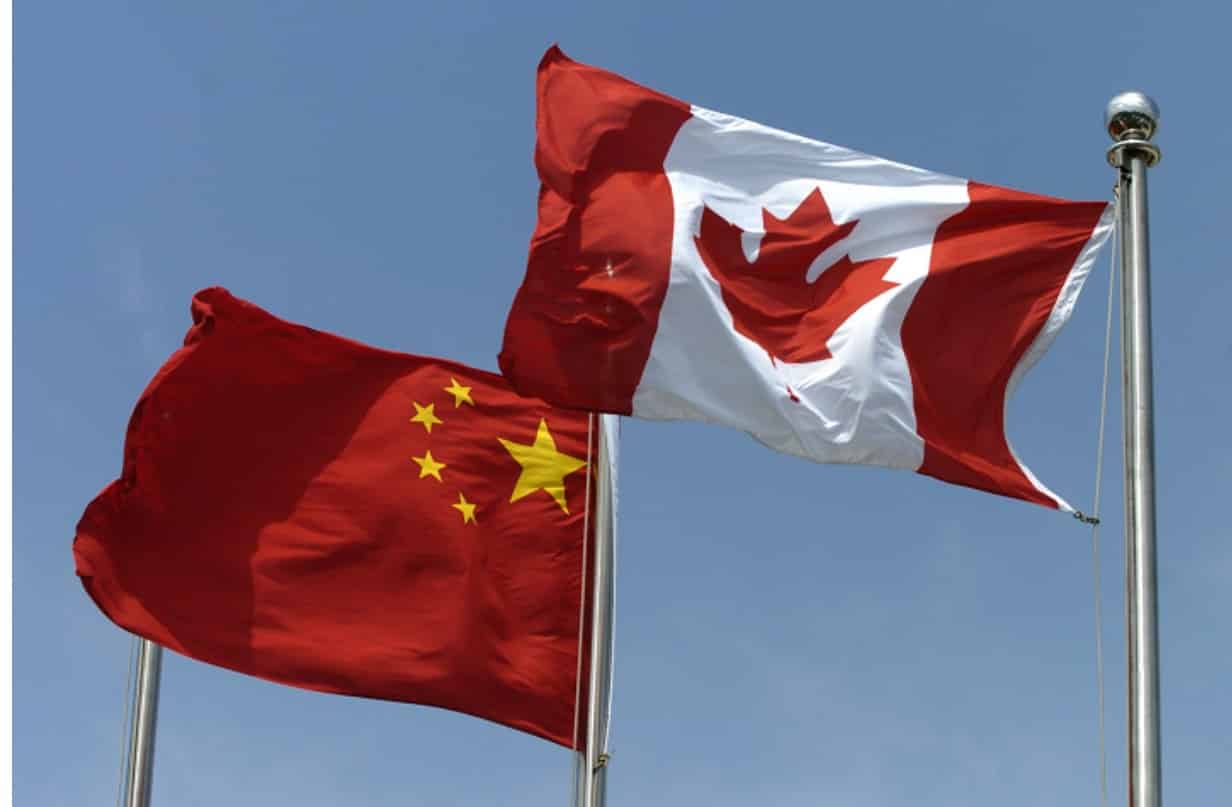 by Matthew Ehret for VT Canada

In Chrystia Freeland’s 2012 book Plutocrats, Canada’s leading Rhodes Scholar laid out a surprisingly clear analysis of the two camps of elites who she explained would, by their very nature, battle for control of the newly emerging system as the old paradigm collapsed.

In her book and article series, she described the “practical populist politician” which has tended to be adherent to business interests and personal gain during past decades vs the new breed of “technocrat” which has an enlightened non-practical (ie: Malthusian) worldview, willing to make monetary sacrifices for the “greater good”.

She further defined the “good Plutocrats” vs “bad Plutocrats”. Good Plutocrats included the likes of George Soros, Warren Buffet, Bill Gates and Jeff Bezos who made their billions under the free-for-all epoch of globalization, but who were willing to adapt to the new rules of the post-globalization game. This was a game which she defined in an absurd 2013 TED Talk as a “green New Deal” of global regulation under a de-carbonized (and depopulated) green economy. For those “bad plutocrats” unwilling to play by the new rules (ie: the Trumps, Putins or any industrialist who refused to commit seppuku on the altar of Gaia), they would simply go extinct. This threat was re-packaged by Canada’s “other” globalist puppet Mark Carney, who recently said “If some companies and industries fail to adjust to this new world, they will fail to exist.”

Of course, when Freeland formulated these threats in 2011, China’s Belt and Road had not yet existed, nor had the Russia-China alliance which together are now challenging the regime-change driven world order in remarkably successful strides. The thought that nationalism could possibly make a comeback in the west was as unthinkable as the failure of free trade deals like NAFTA or the TPP.

As of November 18, 2019, Freeland has found herself cut down a notch by the “plutocrats” that she has worked so assiduously to destroy since becoming Canada’s Foreign Minister in 2017 when she ousted a Foreign Minister (Stephane Dion) who had called for a renewed cooperation with Russia on space, counter-terrorism and arctic development with Sergei Lavrov. Freeland’s unrepentant support for Ukrainian Nazis and NATO encirclement of Russia resulted in a total alienation of Russia. Her alienation of China was so successful that the Chinese government removed their ambassador in the summer of 2019. Freeland’s work in organizing the failed coup in Venezuela and supporting the MI6-Soros White Helmets in Syria became so well known that she became known as the Canadian queen of regime change.

Other pro-Chinese “bad plutocratic” companies which have been targeted for destruction under Freeland’s watch have included the beleaguered construction giant Aecon Inc. who’s board voted in favor of being sold to China in March 2018 in order to play a role in Belt and Road Projects (a decision vetoed by the Federal Government in May 2018), as well as Quebec-based SNC Lavalin which has had major deals with both Russia and China on nuclear power and major infrastructure projects and which now faces being shut down in Canada for having bribed politicians in Libya when it built Qadaffi’s Great Manmade River (destroyed by NATO in 2011).

Former Liberal Minister of Infrastructure from Shawinigan Quebec, Francois-Philippe Champagne has taken over Freeland’s portfolio and with him it appears a new pro-Eurasian policy may be emerging in Canada much more conducive to the long term survival (and strategic relevance) of Canada. This shift has already been noted by China which has responded by sending a new Ambassador to Ottawa, while a new Canadian Ambassador with a long history of working towards positive Chinese relations in the private sector (Dominic Barton) has just begun working in Beijing. Barton was the first Ambassador to China since “old guard” politician John McCallum was fired in January 2019 for defending Huawei’s Meng Wanzhou to a group of Chinese journalists.

In opposition to the cacophonic voice of Freeland, Champagne had spoken positively of China in 2017 saying “In a world of uncertainty, of unpredictability, of questioning about the rules that have been established to govern our trading relationship, Canada, and I would say China, stand out as [a] beacon of stability, predictability, a rule-based system, a very inclusive society.”

Champagne is a long-standing protégé of former Prime Minister Jean Chretien and world travelled businessman who has worked in the European nuclear sector and has promoted industrial development with China for years. Jean Chretien, who campaigned for Champagne’s recent re-election, represents everything Freeland hates: A “practical” old school politician who recognizes that World War III and alienating Eurasian nations who are shaping the future is bad for business. In 2014, Chretien was given the “Friend of Russia” award and has played a major role in the private sector working with Quebec-based Power Corporation which runs the Canada-China Business Council (CCBC) and has brokered major contracts throughout China since ending his term as PM in 2003. Chretien is also the father in-law of current CCBC chair Paul Desmarais Jr. who is the heir to the PowerCorp dynasty. While these are not groups that in any way exemplify morality, they are practical industrialists who know depopulation and world war are bad for business and would prefer to adapt to a China-led BRI system over a “green technocratic dictatorship”.

Since December 2018, Chretien has attacked Freeland’s decision to support Meng Wanzhou’s extradiction to the USA, and has volunteered to lead a delegation to China in order to smooth tensions.

So while the “bad plutocrats” appear to have taken an important step forward though the debris of the recent near failure of the Liberal Party which narrowly kept a minority government after the October 21 Federal Elections, the ideologically driven technocrats led by Queen Freeland shouldn’t be discounted, as her new position as Deputy Prime Minister puts her in a position to possibly take control of Canada as 2nd in command of a highly fragmented nation which is now hearing renewed calls for separation in Alberta, and Quebec.