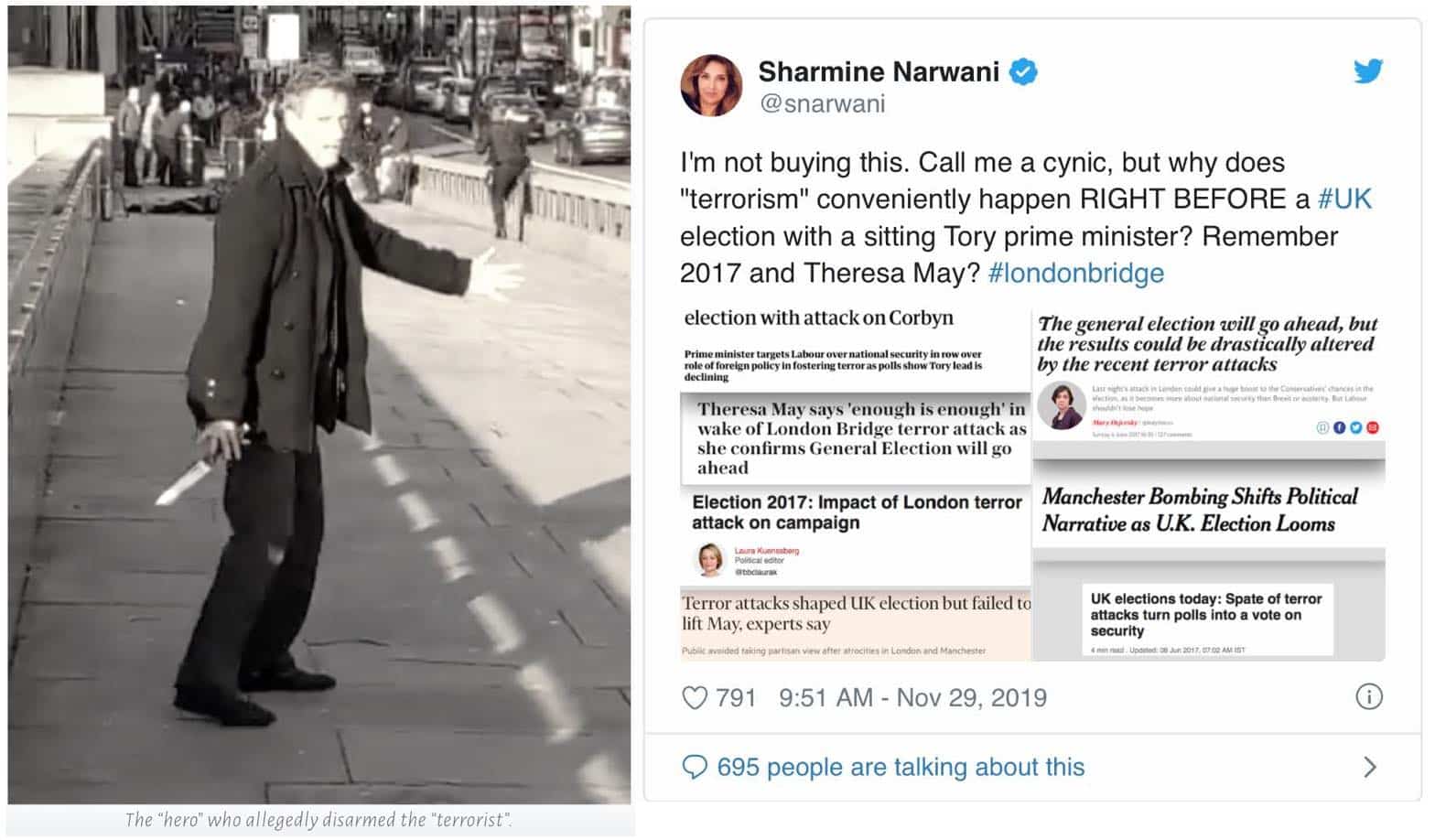 Blustering Muslim-bashing nitwit Boris Johnson is poised to capitalize on yet another suspicious “terror attack” right before an election. The world’s leading false-flag criminals, the Israelis, whose friends dominate British media, are dead set on keeping Jeremy Corbyn out of power. Anyone who can put two and two together can figure this one out. -KB

The breaking news right now is an alleged “terrorist attack” on London Bridge. The story as reported so far is a man, wearing a “hoax suicide vest”, attacked and stabbed several people near the north end of London bridge.

The man was set upon by the public, disarmed and held until armed police arrived, at which point he was shot dead….