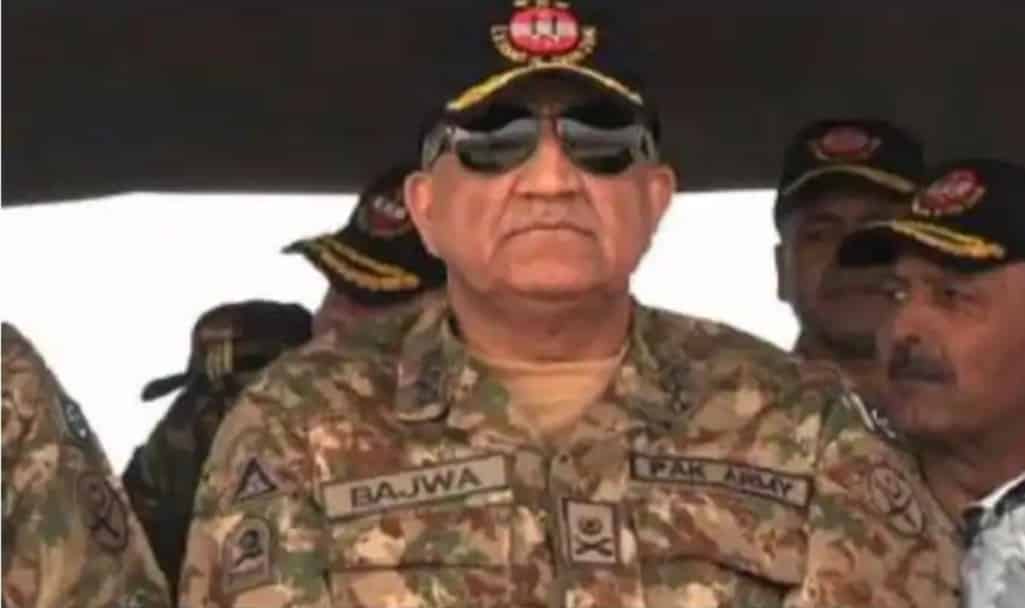 On November 28, this year, in a short verdict, a three-member bench of the Supreme Court of Pakistan, headed by Chief Justice of Pakistan (CJP) granted six-month conditional extension of service to the Chief of Army Staff (COAS) General Qamar Javed Bajwa whose tenure was supposed to finish on November 28, 2019.

Reading the verdict, the CJP said that army chief’s tenure period had not been mentioned anywhere in the Constitution and army rules. It further said it was also not mentioned to limit or suspend the retirement of COAS.

The decision mentioned that Gen. Bajwa’s extension/reappointment had been challenged before this court whereas the government had been adopting dual stances during the proceedings—the President of Pakistan was the Supreme Commander of Armed Forces in accordance with the Constitution. The order stated that the government had produced a new notification before the bench on this day’s hearing, according to which Gen Bajwa had been reappointed as chief of army staff.

In this regard, the verdict elaborated: “The current appointment of General Qamar Javed Bajwa as COAS shall be subject to the said legislation, whereafter the new legislation shall determine his tenure and other terms and conditions of service…clearly specify the terms and conditions of service of the COAS through an Act of Parliament and to clarify the scope of Article 243 of the Constitution in this regard”.

On November 26, 2018, the Supreme Court suspended the official notification regarding extension of the army chief’s tenure for three years, announced by the government on August 19, this year. Next day, during hearing, the judges noted that the notification from the president’s office extending General Bajwa’s tenure was an extension, not a reappointment. Attorney General Anwar Mansoor Khan said that the prime minister had recommended a reappointment. The judges quizzed the country’s top law officer on the laws governing the army chief’s appointment and tenure.

The court objected that process followed to give extension is not correct. Chief Justice also questioned the government what the need was to give three-year extension to army chief. Attorney General Anwar Mansoor replied that Prime Minister Imran Khan gave him three-year extension due to regional security issues and particularly the recent development on Kashmir dispute.

The court had remarked that cabinet’s approval was required. Attorney General Anwar responded: “The prime minister signed [the notification] after the cabinet’s approval”. The Chief Justice Asif Saeed said: “Out of 25 cabinet members, only 11 had approved the extension…Only the President of Pakistan can extend the tenure of the army chief. The Attorney General Anwar stated: “Fourteen members of the cabinet did not give any opinion due to non-availability…We can take approval from the president again.

It is mentionable that extension is not the first of its kind. Some, previous chiefs of army staff have also been taken extension. Particularly, the extension of General Kayani has been made under similar circumstances by a democratic government. The case was challenged in Islamabad High Court, which was turned down.

However, since the suspension of the Army Chief Gen. Qamar Javed Bajwa’s notification of extension in the tenure by the Supreme Court, during hearing of the case, and the verdict, a controversial debate started in Pakistan’s media by ignoring the facts that country’s external enemies, especially India are manipulating the extension-case of General Bajwa. Some, media analysts of Pakistan praised the Supreme Court, while some others attributed it with judicial activism.

Many Indians, accompanied by swelling calls from the public on social media for the Gen. Qamar Bajwa set aside the facts by propagating—it is a major development as the Supreme Court has started showing its supremacy even in cases involving all powerful top army chief.

Even, during the hearing when the chief justice remarked that we looked at the Army Act, there were calls of Indian and CIA agents. The attorney general replied that India took advantage of the arguments in court.

In this regard, former defence secretary Gen (R) Asif Yasin Malik said: “The court’s judgment will have no impact on the Army as an institution. No one is indispensable. Pakistan Army is a professional and thoroughly disciplined institution. The Army obeys the command of its chief even if he is made only for one day. This doesn’t matter whether Gen Bajwa has been given six-month extension or three years…What matter for me is the debate which was generated because of the incompetence of the government…the Corps Commander Conference is the forum where all the matters related to Pakistan Army are discussed in detail”. He shrugged off any possibility of negativity within the ranks of Army due to extension and said “the armed forces obey the orders of their command”.

In this context, General (R) Amjed Shoaib opined: “Last time I talked to Army Chief General Bajwa, he informed me that he doesn’t want to get extension but Imran Khan’s government insisted for the tenure extension…The six-month conditional extension in tenure of Chief of Army Staff General Qamar Javed Bajwa will cause uncertainty for the army’s command.”

Major Gen (R) Ejaz Awan remarked:  “I totally disagrees with General (R) Amjed Shoaib that there will be uncertainty in the command of Pakistan Army. The Supreme Court of Pakistan’s decision has pointed out a gap in the Constitution and Army Act, which will be filled through legislation…as a soldier I have reservations over the way the case was heard in the Supreme Court. This is an absolute failure of the government and the office of Attorney General, which cannot convince the court to hold an in-camera hearing of this case. Owing to their failure and incompetence, questions were raised on the institution of Pakistan Army…Attorney General wasn’t even prepared how to present the case because of which the whole matter turned into laughing stock…It is now up to the politician how they build consensus to do legislation on such an important issue. However, everyone has to be vigilant because this is a very delicate matter [Legislation of army chief’s extension]. The prime minister has a bigger role in terms of building consensus for the legislation…I have strong reservations over Sheikh Rashid’s statement about a PML-N deal with certain quarters. This kind of third class politics should not come into way of such an important legislation”.

He added: “The judgment on Gen Bajwa’s extension in tenure has addressed the legal lacuna because there was no mention of ‘extension’ in the Constitution and Army Act. The Supreme Court of Pakistan has identified this lacuna and recommended Parliament to do necessary legislation and address this issue once and all. However, timing of the decisions is not ideal. Had this verdict been announced a couple of weeks ago, things would have been different”.

While commenting on the verdict of the Supreme Court, in his two statements, Prime Minister Imran Khan said: “Today must be a great disappointment to those who expected the country to be destabilised by a clash of institutions. That this did not happen must be of special disappointment to our external enemies…the racist BJP government of India and mafias in Pakistan…these mafias have stashed their loot abroad and seek to protect this loot by destabilizing the whole country…New Delhi wants to destabilise Pakistan as the way the incumbent government in Islamabad had highlighted the Kashmir issue”.

Notably, Pakistan was recently advised by the Financial Action Task Force (FATF) to carefully implement all the points, if it wants to come out of the grey list at the beginning of the next year. While, Pakistan is facing multi-faceted crises and challenges like corruption, soaring prices, energy-shortage, unemployment, crimes, lack of health facilities, and dependence upon the US-led developed countries, IMF and World Bank for financial aid.

At this crucial hour, a majority of the world’s leaders and their media have been pointing out India’s lockdown and Modi’s illegitimate moves regarding the Indian Occupied Kashmir.

But, it is regrettable that instead of indicating solidarity, showing selfless unity with the armed forces in wake of Indian war-like threats, Pakistan’s media has been distorting the facts about the verdict of the Supreme Court intentionally or intentionally, which has been exploited by foreign anti-Pakistan entities, particularly India. Hence, Pakistan’s media anchors and analysts must stop manipulating the apex court’s judgment in relation to army chief’s extension in service and its aftermath.