[ Editor’s Note: This is nice news that these countries showed the ability to send a message to the US about its domineering sanctions policies. Their joining the INSTEX trade payment system is important symbolically, but whether it stops there because they don’t actually use it we shall have to wait and see.

The EU, especially France and Germany, have shown an incredible display of Alice-in-Wonderland diplomacy by constantly stating that they fully support the JCPOA while not actually doing so.

Needless to say the Iranians are upset because they had the good manners to give them lots of time to get the working details of INSTEX arranged, but that has gone far beyond any reasonable time expectation to accomplish.

That put the INSTEX promoters in the spotlight for possibly having used it as a ruse to buy time for someone else to figure out a real solution. Iran on the other hand has shown great professionalism by instituting a measured withdrawal from the JCPOA, which national pride, and the agreement allows it to do.

It is a national disgrace for the make-believe protector of freedom and democracy to still be blocking trade payments for medicine and medical equipment via a banking threat system, where no middle man wants to get sanctioned and become collateral damage – something that in my book qualifies as sanction terrorism itself.

The US has done the same with Venezuela, albeit a little differently. Medical supplies it needs are blocked due to Venezuela’s large funds in the US being frozen, and hence cannot be used to pay for imports.

Watching Venezuelans die due to this fills the NeoCons with glee, yet they can still go out to dinner in the US without being booed and having food thrown at them… Jim W. Dean ] 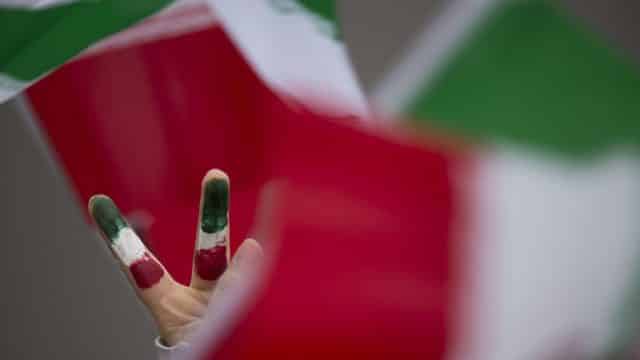 Six European countries, among them US NATO allies, have joined an EU scheme to bypass Donald Trump’s sweeping sanctions, which ban all trade activities with Iran, raising the ire of a notorious American ambassador in Berlin.

Belgium, Denmark, Finland, the Netherlands, and Sweden released a joint  statement relating their intent to connect to INSTEX, short for the Instrument in Support of Trade Exchanges, a European special-purpose vehicle. The move is to “facilitate legitimate trade between Europe and Iran,” and also to make the Islamic Republic stick by the 2015 JCPOA nuclear deal.

The news –lauded by some European diplomats– earned an angry rebuke from Richard Grenell, the US Ambassador to Germany. The envoy, whose heavy-handed diplomacy has irritated many influential Germans, found in his crosshairs a tweet by Lars Nordrum, Norway’s Ambassador to Iran.

Nordrum didn’t respond to the verbal assault, but the INSTEX participants’ expansion received credit from French Foreign Minister Jean-Yves le Drian, who praised the “important decision” that will show “Europe’s autonomy of action.”

Launched by the UK, France and Germany in January, INSTEX shields European businesses from US sanctions by allowing them to trade with Iran without using dollars or running transactions through American banks.

The move was to push back against the US, which unilaterally walked out of the nuclear deal last year, re-imposed heavy sanctions on Iran’s finances, foreign trade and oil production, and designated its elite Revolutionary Guards Corps a terrorist organization.

The Europeans, instead, chose to remain in the deal, although Iranian officials have been skeptical of their attempts to protect mutual trade against US restrictions. Earlier this year, Tehran also exceeded several commitments under the deal, beginning to enrich uranium and building new nuclear centrifuges.