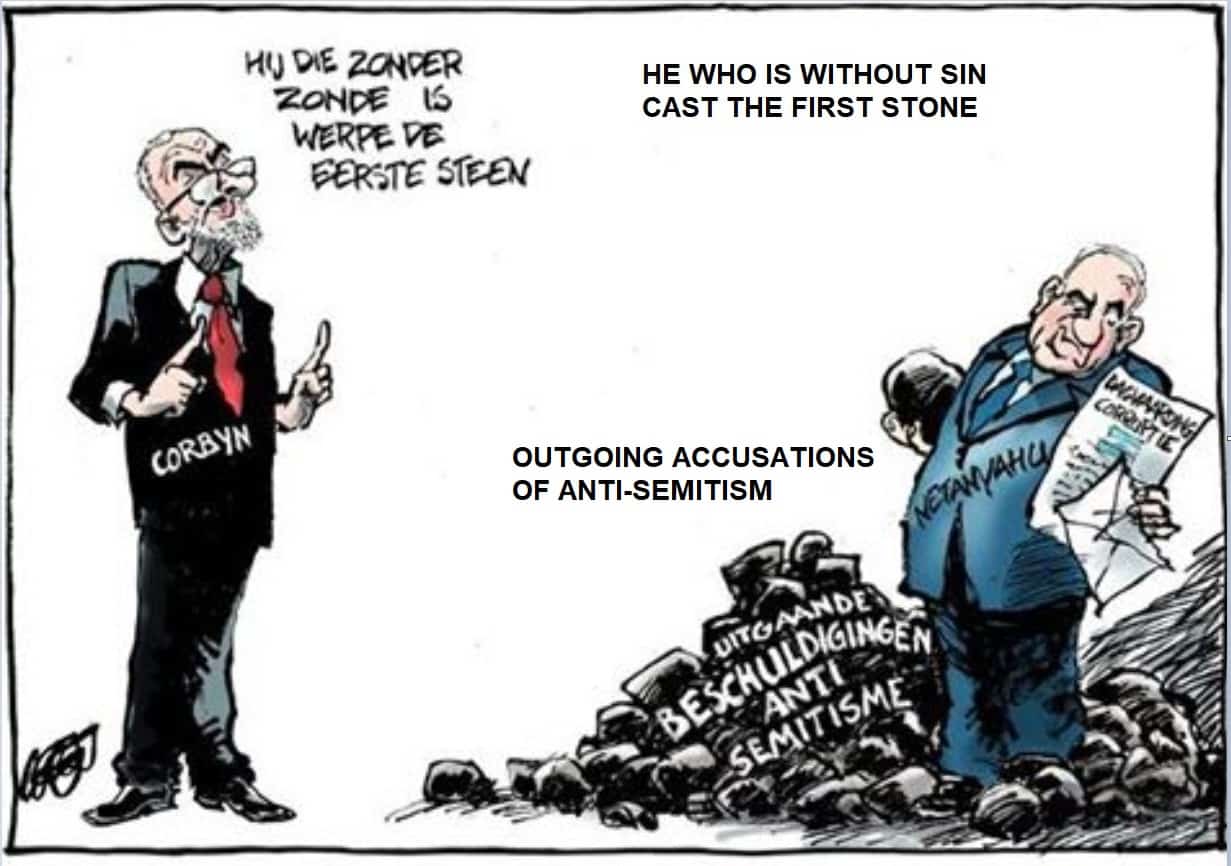 RT/Moscow: A Jewish group is up in arms over a Dutch cartoon that suggests Benjamin Netanyahu is trying to use claims of anti-Semitism against Jeremy Corbyn for his own political benefit. The cartoon’s artist has defended his work.

The caricature, published in De Volkskrant, a major Dutch daily, depicts the Israeli prime minister holding a stone labeled “anti-Semitism charges” in one hand and reading an indictment for corruption in the other.

UK Labour Party leader Jeremy Corbyn is opposite him, saying: “Let him who is without sin cast the first stone.” 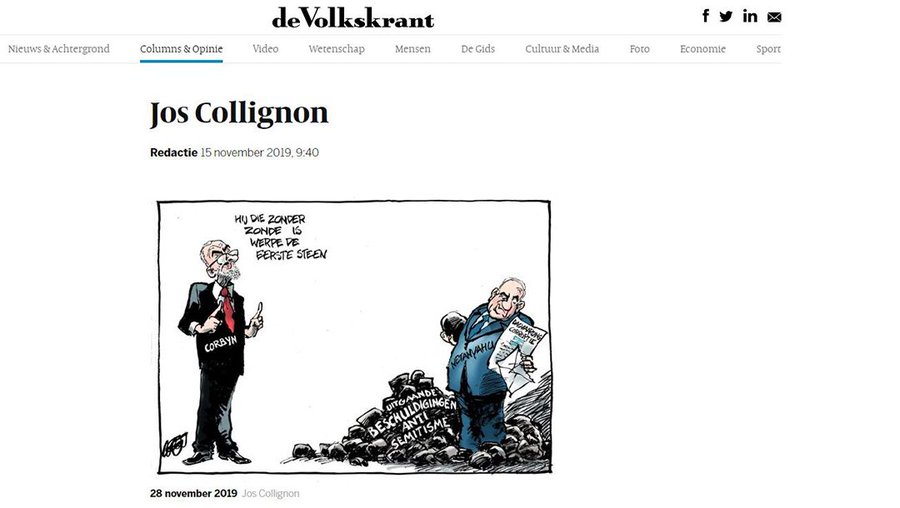 While the cartoon seems to suggest that Netanyahu has used accusations of anti-Semitism directed against Corbyn in order to deflect from his own corruption scandals, the Israeli prime minister has remained – at least publicly – largely silent on the issue.

ALSO ON RT.COMBBC received over 1,500 complaints of bias against Jeremy Corbyn after Panorama episodeThe Netherlands-based Center for Information and Documentation on Israel (CIDI) said the cartoon’s statement was “absurd” and “reaffirms the anti-Semitic stereotype that Jews are more loyal to Israel than countries where they live.”

Responding to the accusation, cartoonist Jos Collignon said that he was being labeled as a “Nazi sympathizer” for criticizing Israel and its leader.

When allegations of anti-Semitism occur, the Israel lobby is never far behind… There is no point linking modern-day opponents to atrocities from the past. We’re all being labeled as Nazi sympathizers.

Although Netanyahu has remained tight-lipped on the issue, many have pointed to Israeli links to the Labour anti-Semitism scandal. A BBC documentary on the heated political topic features two unnamed interviewees, who also appeared in an Al Jazeera documentary on the Israel lobby’s influence in UK politics. One of the individuals interviewed by the BBC about Labour’s alleged institutionalized anti-Semitism was a former employee of the Israeli Embassy.