Scientists have made a major breakthrough using non-toxic silicon nanocrystals to create higher-energy light which could create the next generation of high-tech cancer treatments.
Researchers from the University of California, Riverside and the University of Texas at Austin believe they have discovered the Holy Grail of materials science which allows them to convert photons from low-energy to high-energy, using carefully-crafted silicon nanocrystal structures and custom organic molecules. 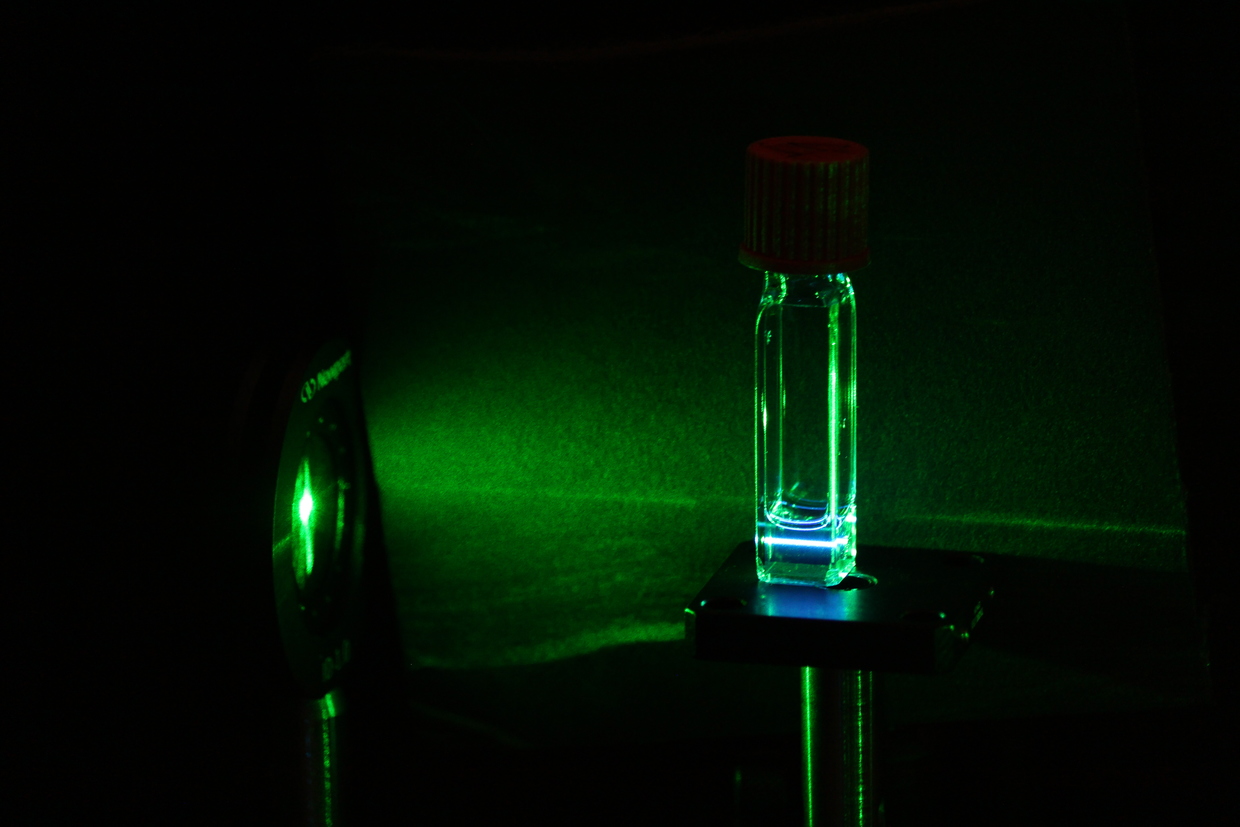 High-energy light (like ultraviolet) can produce free radicals, which are used to attack cancer cells, but which cannot penetrate deep enough to attack the vast majority of cancerous tumors in the human body.

ALSO ON RT.COMMotorized nanobots could fight deadly cancers inside the body – study (VIDEO)Meanwhile, low-energy light particles (like those from infrared) can penetrate deeply but don’t possess enough energy to generate the cancer-fighting free radicals.

By achieving the so-called “photon up-conversion” the team may have bridged the gap between the two, allowing deep penetration while creating the cancer-fighting free radicals exactly where they’re needed, all while using non-toxic materials.

The group, led by UC Riverside doctoral student Pan Xia, created a custom organic solution which would transfer the energy from the nanocrystal to surrounding molecules. They then fired a laser into the solution and, by toying with different types of silicon nanocrystals, were able to create higher-energy light.

ALSO ON RT.COMCancer cases in India spike by over 300% in 1 year, new govt data showsFurthermore, the breakthrough could have additional applications in fields like solar-energy conversion and quantum computing.