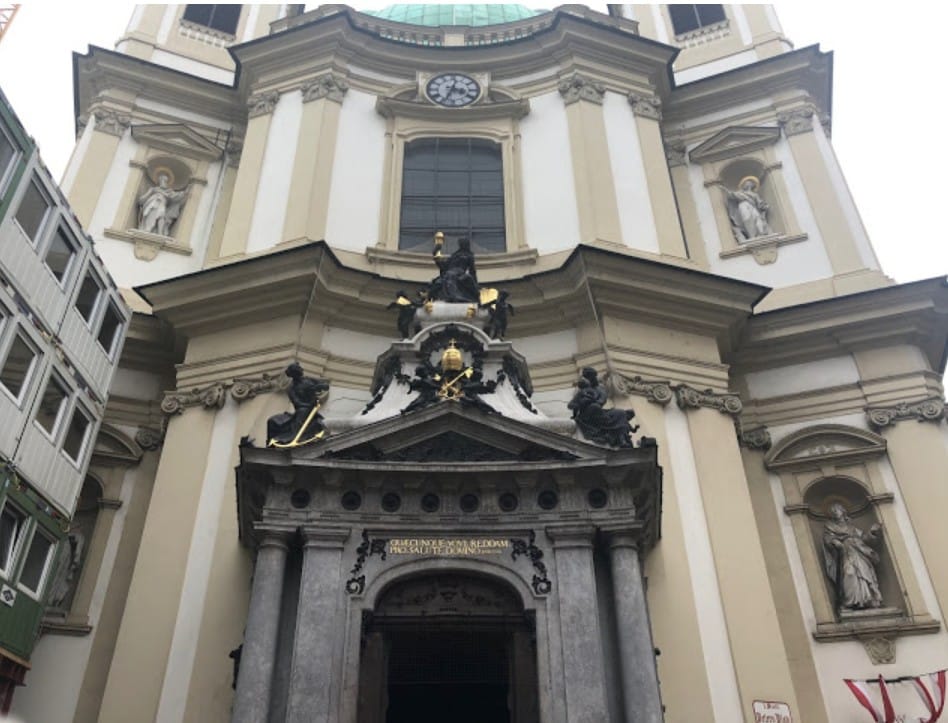 This piece was written about a month ago when I was still in Europe, still not even thinking about coming back to America. It was posted on our Patreon page for our patrons. Tomorrow at sunrise I leave the sanctuary of Carmel Indiana, an oasis of esthetic opulence in a dying America, staggering under the weight of its own filth. I’ll be going back to New York for while.

The plan for Orage and me, together with our entourage, is to do Montségur at the end of April. I saw many strange things at Stephansdom which I shall write about in New York, things that just should not be in a Christian church. This, now called the Vienna Pestilence because of the unspeakable human suffering depicted in its flawless stonework, was one of the strangest…   – Jack Heart

I’m sitting in a place called Daily Roast at Vienna Airport with a couple of hours to kill, so I may as well write something. I won’t be able to post it because I’m unable to connect to their Wi-Fi but soon I will be back in Germany where everyone’s computer skills are far better than mine.

This place has a smoking lounge, which brings me to my first point. In America, where obesity is a fashion statement and infirmity a virtue, you are not allowed to smoke anywhere. God forbid one of the standard issue genetic defects should inhale some secondhand smoke and mar the taste of their cheese doodles.

The Germans, who practically all smoke, have designated smoking areas everywhere and as I look around, I see not one disgusting fat body among the twenty or so people in my field of vision. In America this would be the equivalent of seeing Big Foot, or Donald Trump in a gym…

The dogs in Germany and Austria apparently have the same status as their human companions. They are trailed on leashes into restaurants and stores, fountains serve humans at the top and dogs at the bottom.

Judging by the loving glances lavished on their furry partners, heaven help the cop who would even think of arbitrarily shooting one. Speaking of cops, here they are like children should be in America, they are seen but never heard and they content themselves with enforcing the law while keeping the lowest profile possible. They are courteous and efficient; if you get lost just ask a cop, one even made sure I got on the right train. No one, particularly themselves, see them as superheroes.

In Vienna one is hard pressed to even find a cigarette machine, let alone an automated cashier. Everyone has a job and a stylish uniform to do it in.

As it is in Germany manufacturing is alive and well and hasn’t been outsourced to some Asian sweatshop where eight year old children are forced to work or starve. The communists held a rally last week in front of the Vienna Opera House and were treated by the indigenous populace in the same manner the Ku Klux Clan would be treated in Jamaica Queens. Only the police stood between them and an unimaginably brutal beating…

The streets of Vienna are alive at night with young people going here and going there, brandishing bottles of beer and wine, like it’s actually okay for young people to enjoy being young. Lovers hold hands and women can walk alone because crime is virtually nonexistent. In the morning the smell of coffee from cafes and fresh baked produce from bakery’s waft through cobblestone corridors and whisk away the dreams of the night.

People go to work, many on streetcars and all minus the resentment that permeates “rush hour” in America. I am left alone to lament, a creature born in the neon of New York City, raised on black leather and cocaine, gratuitous violence and meaningless sex…

I had come to Vienna in search of something, certainly not my lost innocence. What I had seen in the cathedral in Cologne made seeing the one in Vienna mandatory. The monks had told me the treasury would be closed till next year, but the ornate statuary told the story of Christianity in the Holy Roman Empire clearly enough.

Jesus is a symbol for the Sun God, the Crowned and Conquering child. His existence as Understood by the Original church is very clearly theoretical. His story is a metaphor for what David Bohm would call the Implicate Order and Mercia Eliade the Sacred. To Bohm this world was naught but a distorted reflection, adulterated images of their source, what Eliade called the Profane…

In this world, symbolized by the cross for the four directions of a two dimensional world, it is Mary who time after time, artistic masterpiece after masterpiece, sits upon the Throne of Heaven. It is her will that will be done. Only when the Sun God takes up that cross can the Profane be transmuted into the Sacred and the Implicate Order fully revealed.

This is only a promise, not an historical event as should be obvious to any being sentient enough to see the pain and suffering that is the prevailing theme of existence and much of the artwork contained in the two great cathedrals. 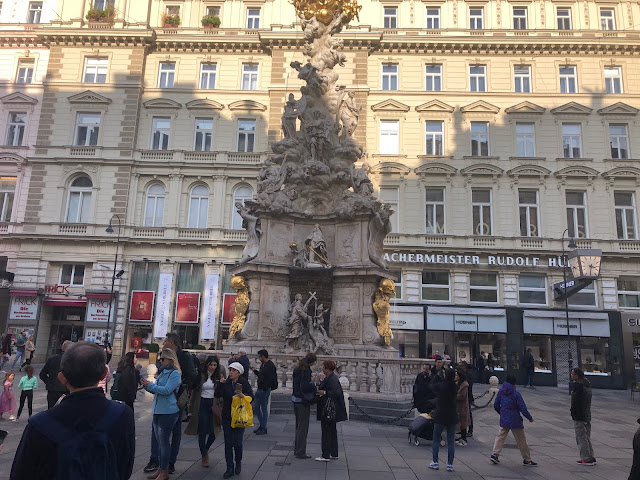 I pondered this as I left Peters Platz, which ornamentally more than matches the grandeur of anything they have in Rome. I stepped down into the swirling wet fog and became disorientated making a few wrong turns and momentarily losing the main cathedral.

A statue as big as a building loomed in front of me and now quite pleased with my own mistake, I stopped to examine it. There it was, a summary of all I had seen.

At the focal point, which was the only part of the Baluster encircling it open to the public, presumably so they could kneel and pray, stood Mary, eyes focused on heaven above. She held the cross in her hand and at her feet was a hideous demonic hag writhing in agony. Upon the hag stood an angry cherub wielding a fiery staff, which he was using to chastise the hag. 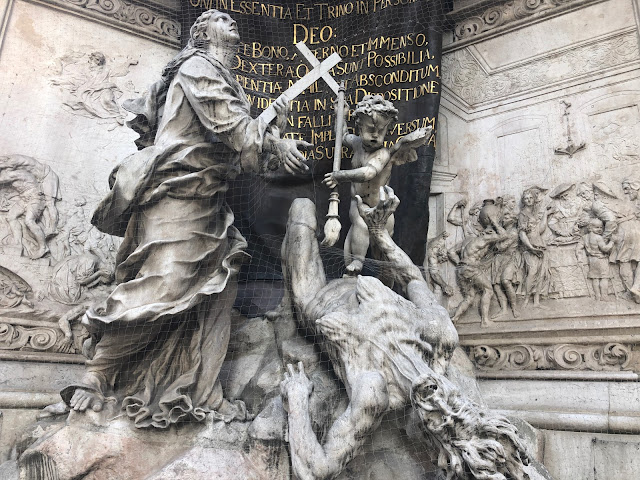 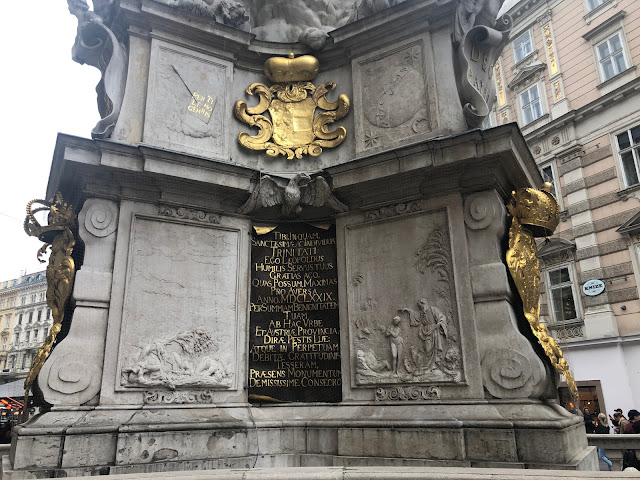 I stood for a long time looking at it and taking pictures. We’ve been calling the pope and all his sycophants’ liars for years, with only occult doctrines and esoteric traditions for proof.

There before me carved in stone stood unimpeachable evidence, immutable testimony against the lies the church has told. God is a woman and the church has always known this.

Not only is the pope fallible but he, as a liar, has no credibility at all. I walked the mile back to my hotel room, tears of ecstasy streaming from my eyes…

Originally appeared on http://jackheart2014.blogspot.com. Please be advised we will not be able to reply to your comments on other sites.
Illustrations & quotes for educational purposes. © Jack Heart 2019
ATTENTION READERS
Due to the nature of independent content, VT cannot guarantee content validity.
We ask you to Read Our Content Policy so a clear comprehension of VT's independent non-censored media is understood and given its proper place in the world of news, opinion and media.