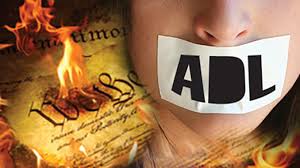 For the last couple of decades in the US there has been a push to install hate speech laws. The stated intention of hate speech laws is to lessen religious and racial hatred and tensions. Many proponents of hate speech laws, which prohibit writing or saying things that can be offensive to various groups of people, are religious organizations. It seems these “revealed” religions are not aware that their own “holy” scriptures are loaded with hate against outsiders and non-believers.

On the surface, the “revealed” religions are portrayed as benevolent organizations that promote peace and harmony across humanity. This is seen in a quote from Democratic presidential hopeful and Jewish billionaire Michael Bloomberg. Bloomberg was raised by religiously observant Jewish parents. When he received the Genesis Award in illegally occupied Jerusalem in 2014, he said:

“The values I learned from my parents are probably the same values that, I hope, Christians and Muslims and Hindus and Buddhists learned from their parents. They’re all centered around God put us on Earth and said we should take care of each other. We have an obligation not to just talk about it but to actually do it. [Those values are] freedom, justice, service, ambition, innovation.”

Due to people believing the false idea that the “revealed” religions deserve respect, factually incorrect nonsense like Bloomberg’s statement goes unchallenged. This could be remedied if we took the advice of the American Founder and Deist Thomas Paine. Paine wrote in The Age of Reason, The Complete Edition that nonsense ought to be treated as what it is, nonsense. He wrote:

“Nonsense ought to be treated as nonsense, wherever it be found; and had this been done in the rational manner it ought to be done, instead of intimating and mincing the matter, as has been too much the case, the nonsense and false doctrine of the Bible, with all the aid that priestcraft can give, could never have stood their ground against the divine reason that God has given to man.”

Objectively reading the Hebrew Bible/Old Testament, which is what Bloomberg’s parents would have seen as the Word of God and from which they would have learned their Jewish values which they taught their son, we see that instead of taking care of our fellow human beings, Judaism teaches Jews that it is alright for them to literally own Gentile people and their children as their slaves who will be inherited as property by their Jewish children forever. Leviticus 25:44-46 claims God said to the Jews:

“Both thy bondmen, and thy bondmaids, which thou shalt have, shall be of the heathen that are round about you; of them shall ye buy bondmen and bondmaids. Moreover of the children of the strangers that do sojourn among you, of them shall ye buy, and of their families that are with you, which they begat in your land: and they shall be your possession. And ye shall take them as an inheritance for your children after you, to inherit them for a possession; they shall be your bondmen for ever: but over your brethren the children of Israel, ye shall not rule one over another with rigour.”

In Numbers chapter 31 we read about God giving the alleged man and prophet of God, Moses, orders to commit genocide against the Midianite people. When the Israelite army brought back to the Jewish camp women and children captives, Moses became angry. Verses 17-18 state that Moses commanded the Israelite army:

Christianity and Islam, as well as Mormonism, see Moses as a true prophet and man of God. This is seen at Mark 7:10 when Jesus was angry with the Pharisees for not killing their children who cursed their parents, as the ancient Jewish clergymen who wrote the Hebrew Bible/Old Testament claimed God commanded through Moses. It says that Jesus said, “For Moses said, Honour thy father and thy mother; and, Whoso curseth father or mother, let him die the death:”

The Quran at 19:51 states, “And make mention in the Scripture of Moses. Lo! he was chosen, and he was a messenger (of Allah), a prophet.”

Mormonism, likewise, promotes the genocidal butcher Moses as a prophet of God. The Encyclopedia of Mormonism states, “Few prophets are more revered in ancient and latter-day scripture than Moses, who serves as a model of prophetic leadership not only in the Bible but also in the Book of Mormon, Doctrine and Covenants, and Pearl of Great Price.”

If the anti-free speech hate speech laws continue to gain influence, will the “revealed” religions find much of their own “holy” scriptures illegal? In all probability the “revealed” religions would get religious exemptions from the hate speech laws, just as they do regarding withholding medical care from sick and/or injured children and from animal cruelty laws regarding kosher and halal methods of slaughter and ritual sacrifices.

The Deist Benjamin Franklin warned us about infringing on free speech. Franklin said:

“Freedom of speech is a principal pillar of a free government; when this support is taken away, the constitution of a free society is dissolved, and tyranny is erected on its ruins.”

A major force that is diligently working to remove the pillar of free speech promoted by Ben Franklin and the Greatest Generation of 1776 is the powerful and wealthy Jewish organization, the Anti-Defamation League of B’nai Brith. The ADL has a page of lies which claims they are for free speech and states,

“ADL passionately defends free speech in America. We recognize that the First Amendment protects even hateful or offensive speech, and we believe that the best answer to hate speech is not censorship, but more speech.”

Recently the Jewish comedian and actor Sasha Baron Cohen addressed the anti-free speech Jewish organization, the Anti-Defamation League. In his speech Cohen called for social media giants like Facebook, Twitter and YouTube to not allow any speech on their platforms that promote hate. Cohen said there is such a thing as “objective truth” and only objective truth should be allowed on social media platforms. To determine what is “objective truth” and what is not, Cohen suggested that the social media companies hire more monitors to check what is being posted online, and that they should work closely with groups like the Anti-Defamation League to regulate what people are allowed to say on social media networks.

I’m profoundly thankful to America’s Founders who established, through their blood, sweat and sacrifice, the American Republic and the US Constitution and the Bill of Rights, which guarantees freedom of speech and of the press. This is because the American Founders, many of whom were Deists, did not base the new republic on the Hebrew Bible nor the Christian New Testament, they based it on, and modeled it after, our innate God-given reason, British common law and the Roman Republic. The promotion of Deism would not be possible without freedom of speech. And the promotion of Deism may be the best way to counter the forces that are working to destroy free speech.