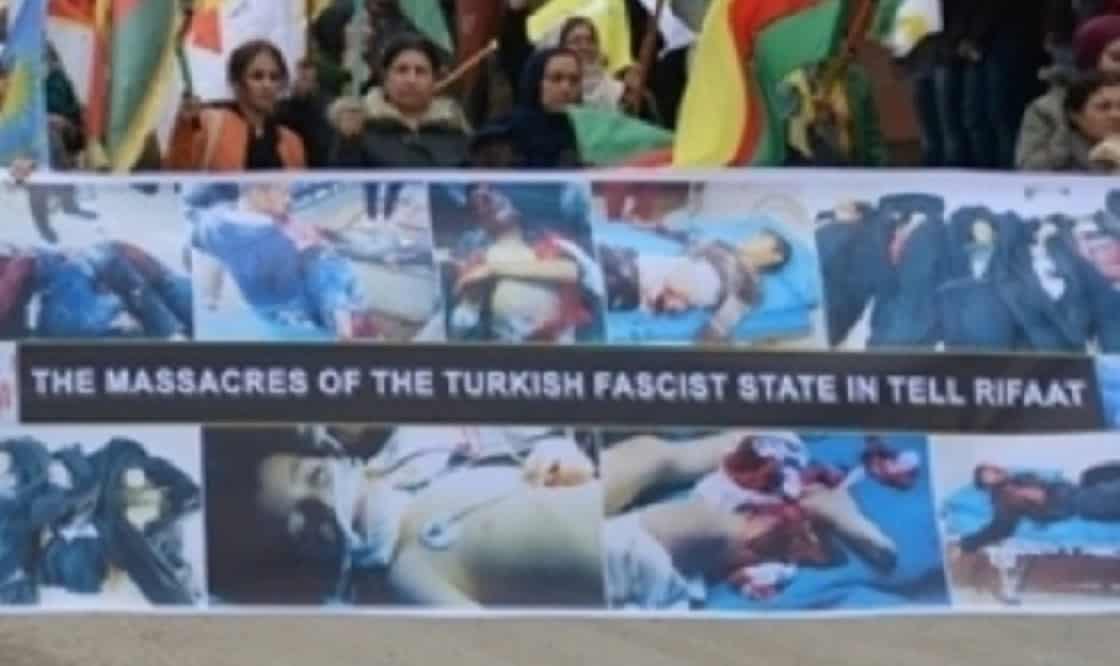 In conflicts there are “worthy victims and unworthy victims”. The American linguist Noam Chomsky has always confirmed this. He was one of the few Western intellectuals who has always opposed the US sanctions against Venezuela, which has always caused 40 thousand deaths directly or indirectly, according to an investigation that has been covered up by many media.

Last week’s massacres are of children. They are now the only ones that in the chronicles of war it makes sense to write since the dead killed by rockets and bombs are so many as to become terrible routine. Perhaps that is why the Weapons Lobby holds the gambling desk on human lives in the world firmly: because all of us, especially journalists, look for original stories while the bodies of the poor bastards no longer suffice to justify an article.

But in the last week, two massacres of children took place in Africa and the Middle East. Both were carried out by the so-called jihadists, armed guerrillas in the name of Allah, only that while one bounced on all the media in Europe the other was almost ignored. The reason? Media diplomacy.

Five kids between the ages of 10 and 14 on Sunday 1 December were killed by Kalashnikovs during the assault on a Burkina Faso evangelical church by a death squad that local media believe are composed of Muslim extremists.

But as many as 8 children between the ages of 3 and 15 died Monday, December 2, while they were playing, among the 10 civilians killed by the bombs in attacks carried out near Afrin by the Turkish army, governed by the AKP party that obeys the movement Muslim Brotherhood Islamist, along with their Sunni jihadist allies already known for the unpunished killing in an ambush of the Kurdish pacifist Hevrin Khalaf.

There are various reasons why a massacre of children has no equal dignity. The first is that of a political nature. In Burkina Faso, Islamic terrorists operate without clear political coordination that simply seek to annihilate the Christian, Catholic and Evangelical community in an extremely poor country of 19 million inhabitants, two-thirds of whom are more or less moderate Muslims.

In northern Syria, on the other hand, around the city of Afrin there is a military operation by Turkish neighbors who, having occupied the area with the Olive Branch mission – so called to add the mocking outrage in addition to the damage – left the control of that territory, with Kurds are majority, in the hands of jihadist factions such as Ahrar Al Sharqyia. These, for almost two years (20 January 2018), have been carrying out homicides, rapes, torture and kidnappings with such intensity that they no longer even make news.

Especially after Turkish President Recep Tayyip Erdogan started the invasion of Rojava, the area administered by the Kurds in north-eastern Syria, on 9 October last.

A few months ago it caused a sensation, but was edited only on Gospa News and Veterans Today, the terrible story of the child Mohammad Rashid Khalil, kidnapped and killed at 10 years even though suffering from Down Syndrome. The reason is simple: the victims are Kurds, an ethnicity banned since 1922 by Turkey, which is NATO member since 1952 and actually enjoys an international immunity for war actions and massacres that already smell of genocide.

«On 2 December, the Turkish army and its mercenaries committed a massacre against the people of Afrin forcibly displaced from their homes in al-Shahba, causing the martyrdom of 10 civilians, including 8 children, and injuring others. 12 – writes the Kurdish media HawarsNews – The regional office of the United Nations Children’s Fund (UNICEF) for the Middle East and North Africa, based in Amman, Jordan, has published a report on its official website that expresses shock and sadness at the massacre».

But after the grief for the massacre massacre here is the sore point: «The UNICEF statement did not indicate that the Turkish occupying power had committed the massacre of the Tel Rifaat children and did not include any condemnation of the crime committed by the Turkey and its mercenaries» adds the ANHA website.

With these attacks, at least 34 children have been killed in northern Syria in the last four weeks. But since Ankara is the fulcrum of the Muslim Brotherhood, as the rich Qatar, and now must decide whether to buy the S-400 anti-missile systems from Russia or to convince itself to buy those from the USA, in fact it can do whatever it wants in Syria: even killing children!

On Thursday 5 December the Kurdish population took to the streets in many cities to protest against this latest massacre.

«The demonstrations in Qamishlo, Hasaka, Til Kocher, Deir ez-Zor, Girkê Legê, Dêrik, Til Hemis, Dirbêsiyê, Raqqa-Kerame, Amûdê, Tirbespiyê and Fafîn (Shehba) have denounced the silence of the world public on the Turkish war crimes . People showed flags of the PYD and the defense forces of northern Syria SDF, YPJ and YPG. Photos of slain children were shown on banners. Many participants also took photos of their killed relatives» reports the Kurdish news site ANF.

The affliction for the massacre of 14 Christians in the small Protestant church – just over 30 faithful in all – Hantoukoura, in the eastern part of Burkina Faso, was justly unanimous and international. Five of the victims are children between 10 and 14 years old.

«We are deeply saddened by this evil act, the Church is associated with the pain of the Federation of Churches and Evangelical Missions in Burkina Faso. We send our sincere condolences and we are in communion of prayer for the souls of the dead faithful and to alleviate the pain of those who have been affected by these murders» said Fr. Paul Dah, Head of Communications of the Episcopal Conference of Burkina Faso, to the Fides press agency of the Pontifical Mission Societies.

According to reports, the usual terrorists on motorcycles, presumably arrived from Niger on purpose, ambushed the community during the religious service. After separating the men from the women, they told the men to lie down on the ground. They covered their heads with a cloth and fired with semiautomatic rifles, killing them one by one with evil cruelty.


According to the Africa Center for Strategic Studies, such attacks have quadrupled over the last two years in Burkina Faso and left dozens dead this year alone. Additionally, an estimated 500,000 people have been forced from their homes amid the unrest, according to the United Nations, reported Christian Post webmedia

Sunday’s massacre follows a series of attacks by radical Islamist insurgents against Christians in the embattled West African country. The country of 19 million is about two-thirds Muslim, with a Christian minority.

In June, gunmen stormed a village in northern Burkina Faso and ordered people who had been chatting outside to lie down. The armed assailants then executed four Christians found to be wearing crucifixes around their necks.

In May, a Catholic church was attacked in the northern town of Dablo, where gunmen also killed a pastor and five churchgoers, some of whom were church elders.

Also in May, four Catholics were killed during a procession with a statue of the Virgin Mary in the northern municipality of Zimtenga in the country’s Bam province.

In April, a pastor and five churchgoers were killed in the town of Silgadji in the northern part of the country. At the time it was believed that the Silgadji church attack was the first to target a church in Burkina Faso, a nation where Muslims and Christians largely have coexisted.

In February, a 72-year-old priest was murdered by jihadists on the border at Nohao. That same month, a 54-year-old pastor was killed on the road between Tasmakatt and Gorom-Gorom.

In September, the Catholic Charity Aid to the Church in Need reported that Islamic extremists issued an ultimatum to Christian villagers in Loroum villages of Hitté and Rounga.

But while the whole world is indignant and rightly condemns the jihadist massacres in Burkina Faso against Christians, no one seems to notice those perpetrated by the Turks and their allies Islamic terrorists in Syria against the Kurds. A shame that has the same name of many other massacres hidden in the history of the Middle East: NATO!