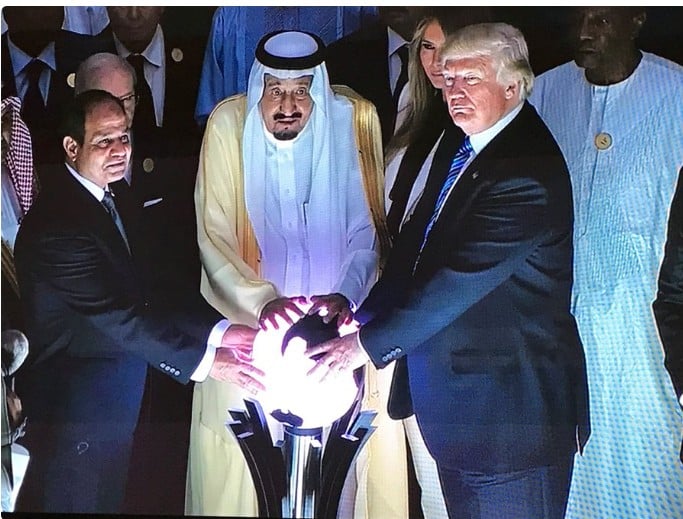 US President Donald Trump has gone to great lengths to shield long-time ally Saudi Arabia from accountability after a Saudi Air Force officer opened fire at a naval base in Florida, killing three people.

The suspect — Mohammed Saeed Alshamrani, whom the FBI has officially identified as a Saudi Royal Air Force second lieutenant – killed three people and injured several others at Naval Air Station Pensacola before he was killed by local law enforcement on Friday.

The deadly shooting has exposed anew the strange dynamic of relations between President Trump and the Saudi leadership. Trump and members of his administration have attempted to protect the alliance from further scrutiny.

The gunman who killed three people at a US naval base in Pensacola, Florida, is a Saudi air force officer, according to US officials.

Hours after the incident, Trump announced on Twitter that Saudi King Salman had personally called him to “express his sincere condolences and give his sympathies to the families and friends of the warriors who were killed.”

“The president’s first instinct was to tamp down any suggestion that the Saudi government needed to be held to account,” The New York Times said in an analysis published on Saturday.

On Saturday before leaving the White House for a trip to Florida, Trump alleged that the Saudi leadership was “devastated” by the attack, adding that King Salman would somehow be involved in “taking care of families and loved ones.”

Trump on Pensacola shooting: “I spoke with the King of Saudi Arabia. They are devastated, Saudi Arabia. We’re finding out what took place, whether it’s 1 person or a number of people. The King will be involved in taking care of families & loved ones … they’re going to help out”

“I just spoke with Foreign Minister Al-Saud of Saudi Arabia who expressed his condolences and sadness at the loss of life in the horrific attack in Pensacola, Florida yesterday. The families and friends of those killed, and those wounded, will be in our thoughts and prayers,” Pompeo said in a tweet.

The comments drew rebukes from critics on Capitol Hill.

Senator Chris Murphy, Democrat of Connecticut, said that it was “unnerving how eager everyone in this administration is to be PR agents for the Saudis.”

It’s unnerving how eager everyone in this Administration is to be PR agents for the Saudis. I’m glad they are sad and cooperative, but ask yourself – would this Administration do this for any other country besides Saudi Arabia? Just so weird. https://twitter.com/secpompeo/status/1203366208214581248 …

I just spoke with Foreign Minister Al-Saud of Saudi Arabia who expressed his condolences and sadness at the loss of life in the horrific attack in Pensacola, Florida yesterday. The families and friends of those killed, and those wounded, will be in our thoughts and prayers.

Despite the Trump administration’s assurances, foreign policy experts and former officials said they believed the episode would further strain the US-Saudi relations.

“The attack is a disaster for an already deeply strained relationship,” Bruce Riedel, a scholar at the Brookings Institution and a former CIA officer, was quoted as saying by the Times.

“[It] focuses attention on Americans training Saudi Air Force officers who are engaged in numerous bombings of innocents in Yemen, which is the worst humanitarian catastrophe in the world,” he said.

But even stranger, Riedel said, was “the president’s parroting of the Saudi line” before investigators could determine whether the suspect acted alone or the attack was terrorism-related.

Secretary of Defense Mark Esper said Saturday he was not characterizing the shooting as terrorism “at this time.” The Pentagon chief further added that the attack would not affect his decision on US troop deployments to Saudi Arabia.

“Saudi Arabia is a longstanding partner of ours in the region,” Esper said.

Trump and other administration officials had similarly offered a weak and feckless response to the murder of Saudi journalist and Washington Post columnist Jamal Khashoggi and its subsequent cover-up by the Saudi leadership.

The US president, as analysts imply, is trying to whitewash Saudi rulers in the case of Jamal Khashoggi.

Khashoggi, a critic of Saudi Crown Prince Mohammed bin Salman, was slain and dismembered by a Saudi hit squad after being lured into the Saudi consulate in Istanbul on October 2, 2018.

There is still no objective accounting – by Saudi or American officials — of what happened in the consulate, let alone any real accountability.

President Trump has repeatedly brushed aside the grisly murder, saying a Saudi pledge to purchase billions of dollars worth of US arms “means something to me.”