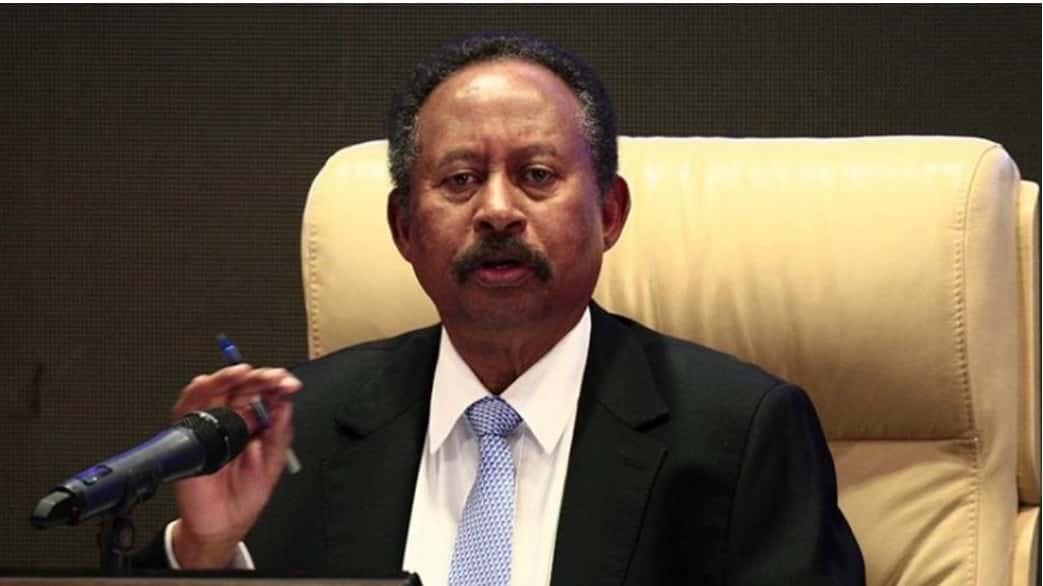 By Gordon Duff and New Eastern Outlook (Moscow), Established in 1816

On December 6, 2019, Sudanese Prime Minister Hamdok announced that Sudan will be pulling all remaining troops out of Yemen.

Under the Bashir regime, in a secret agreement between Israel, Saudi Arabia and Trump, Sudan moved up to 40,000 troops into Yemen with 4000 being killed there, fighting alongside al Qaeda and Columbian mercenaries tied to drug cartels in that nation.

You see, Yemen has become not just a war of survival for those under continual bombardment from a US led coalition that has killed and starved tens of thousands but, in reality, an effort to bolster Saudi Arabia now drowning after years of failed “war of adventure.”

This is Saudi Arabia’s “Vietnam.”

Hamdok’s address in front of the Atlantic Council, key think tank of NATO, indicates a weakening in Trump’s influence over foreign policy in the US, particularly during impeachment proceedings.

Though it is a “given” that Trump will survive impeachment because of the nature of the Senate, a governing body largely controlled by representatives from states with almost no population, states under control of corrupt corporations, Trump can and is likely to be impeached over and over.

Trump’s crimes, alleged or real, involving Ukraine, are nothing compared to his personal financial irregularities that he has fought for years to keep from congress and the public. Whether successfully impeached or not, eventually Trump will end up in prison, that is inexorable.

Hamdok’s address in front of the Atlantic Council is rather amazing. His opponents at home consider him a communist and cite his ties to Russia.

Yet, Hamdok rules in partnership with the Sudanese military, many of whose senior officers face potential war crimes charges tied to the nearly two-decade old war in the Darfur region. From Associated Press, June 11, 2019:

“Sudanese security forces have continued to commit “war crimes and other serious human rights violations” in the Darfur region, Amnesty International said Tuesday, as the African country has been rocked by political turmoil following the military’s ouster of autocrat Omar al-Bashir in April.

The rights organization said the abuses in Darfur at the hands of Sudanese paramilitary units, the Rapid Support Forces, include the destruction of entire villages, as well as “unlawful killings and sexual violence.”

The RSF grew out of the notorious Janjaweed militias mobilized by al-Bashir during the Darfur conflict in the early 2000s. The militias were widely accused of crimes against humanity, and al-Bashir — now jailed in Khartoum — was indicted on charges of genocide.

RSF commander Gen. Mohammed Hamdan Dagalo, better known as Hemedti, now serves as deputy head of the ruling military council. The coup leaders are locked in a growingly violent confrontation with a protest movement that is demanding they hand power over to a civilian leadership, now that al-Bashir is gone.

A spokesman for the military council did not immediately answer calls or return messages seeking comment.

‘In Darfur, as in Khartoum, we’ve witnessed the Rapid Support Forces’ despicable brutality against Sudanese civilians – the only difference being, in Darfur they have committed atrocities with impunity for years,’ said Kumi Naidoo, secretary general of Amnesty International.

He urged that the U.N. and the AU “not turn their backs on people in Darfur who rely on peacekeepers for protection.”

He warned that if the joint force, known as UNAMID, is dismantled and the peacekeepers pull out of Darfur, this “would recklessly and needlessly place tens of thousands of lives at risk by removing their only safeguard against the government’s scorched earth campaign.”

The U.N. said Monday that Sudan’s military rulers issued a decree demanding the mission in Darfur hand over its premises as part of its withdrawal plan next year.”

The result of this impasse in Darfur has been to leave Sudan’s officials, both political and military, beginning with Bashir, not just subject to war crimes tribunals, but vulnerable to outside influence as well.

In fact, the division of Sudan in June 2011 was done only after the US had agreed to block “red listing” of Bashir and Sudan’s military leaders as part of an agreement sponsored by the UAE with Bush officials. I was part of those negotiations.

One of the first moves of the Bush (43) administration was to withdraw from the Rome Statute by withdrawing America’s signature from that document, along with, quite curiously, Sudan and Israel. This was May 6, 2002.

However, the US has managed to maintain defacto control over the ICC and even, in April 2018 blocked attempts, efforts by almost every signatory nation, to begin investigating American crimes in Afghanistan. In early 2019, the ICC began hearings to reconsider that decision and, as of this writing, the results of those hearings have not been announced.

America’s current moves on Sudan involve withholding IMF funding and continuing sanctions based on Sudan’s inability to control use of her territory by terrorist groups.

The “Catch 22,” of course is that without funding, Sudan cannot secure her borders without becoming a client state of the US, leaving a nation with a new government subject to a floundering economy based on American blackmail.

Similarly, the US uses the OPCW (Organization for the Prohibition of Chemical Weapons), whose tenets the US continually violates itself, in order to justify acts against the sovereignty of other nations, like Syria, or when the OPCW is not onboard, as with Iraq in 2002, the US acts through the “exceptionalism doctrine.”

“You wouldn’t know it from today’s news headlines, but there’s a major scandal unfolding with potentially far-reaching consequences for the entire international community.

The political/media class has been dead silent about the fact that there are now two whistleblowers whose revelations have cast serious doubts on a chemical weapons watchdog group that is widely regarded as authoritative, despite the fact that this same political/media class has been crowing all month about how important whistleblowers are and how they need to be protected ever since a CIA spook exposed some dirt on the Trump administration.

When the Courage Foundation and WikiLeaks published the findings of an interdisciplinary panel which received an extensive presentation from a whistleblower from the Organization for the Prohibition of Chemical Weapons (OPCW) investigation of an alleged 2018 chlorine gas attack in Douma, Syria, it was left unclear (perhaps intentionally) whether this was the same whistleblower who leaked a dissenting Engineering Assessment to the Working Group on Syria, Propaganda and Media this past May or a different one.

Subsequent comments from British journalist Jonathan Steele assert that there are indeed two separate whistleblowers from within the OPCW’s Douma investigation, both of whom claim that their investigative findings differed widely from the final OPCW Douma report and were suppressed from the public by the organization.

The official final report aligned with the mainstream narrative promulgated by America’s political/media class that the Syrian government killed dozens of civilians in Douma using cylinders of chlorine gas dropped from the air, while the two whistleblowers found that this is unlikely to have been the case.

The official report did not explicitly assign blame to Assad, but it said its findings were in alignment with a chlorine gas attack and included a ballistics report which strongly implied an air strike (opposition fighters in Syria have no air force). The whistleblowers dispute both of these conclusions.”

The issues with Sudan are simple, keeping Russia and China out of Africa, but rather than bringing stability, maintaining permanent low-intensity conflict, even if proxy terror forces financed by American intelligence agencies are to be fought by the American military in what could be described as a rope-a-dope strategy, as seen in Syria and Iraq.

The balancing effort for Hamdok is to support his military partners by retaining Trump cooperation in holding off ICC moves against the military over Darfur and yet prove to Washington that Sudan is capable of defeating terrorism as demanded by the US even while under sanctions by Washington.

We might add, these sanctions continued even when Sudan had sent 40,000 troops to aid what could be considered US efforts in Yemen, though the US, itself, may well be more rightly termed a “proxy force” than prime mover in that conflict.

“Yes, Trump has reportedly sent 2,800 troops to Saudi Arabia in response to alleged attacks on Saudi oil facilities that the Trump administration has blamed on Iran. ‘We are sending troops and other things to the Middle East to help Saudi Arabia. But, are you ready? Saudi Arabia, at my request, has agreed to pay us for everything that we’re doing. That’s a first!’ Trump said during one of his regular White House lawn pressers.

‘Yeah, he’s right—that is a first. I don’t think America has ever rented out its military before. Like, that is a wild thing,’ offered Noah. ‘He’s selling the military and ‘other things’? What are the ‘other things’? Does anybody ask? Nobody? What, does he just sneak Eric into the shipment?’

‘It’s weird that you can rent out America’s military,’ Noah added.”

Past this, America’s decline in the region, something overwhelmingly evidenced, leaves the US in the role of “spoiler” rather than actor, as evidenced around the world.

For Sudan, whose economy is in ruins, the question is whether the skills for “brinkmanship diplomacy” will save Sudan from more “regime change” targeting.