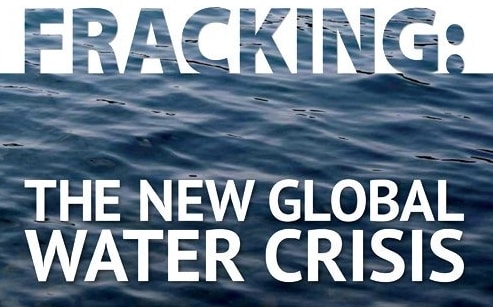 Written and Submitted by Enkidu Gilgamesh

In the age of colonialism, the aggressors apologized for their criminal acts as “delivering civilization” to the primitive people and/or bringing them the “right religion” and “rescuing their soles” from hell.

Some Europeans swarmed over the world as a menace, like an epidemic, a super-cloud of locusts and killed, robbed, abused and enserfed the people of Europe, Africa, America, and Asia and washed their bloody hands in “charity“.

From about 3rd to 15th century the Roman Catholic Church was the main amoral apologist and profiteer, but the protestant churches and non-religious ideologies of “European enlightenment” didn’t make any difference. Even the abused and enserfed Celtic, Germanic, Irish, Slavic people became an active part of the crime, which rolled first over Europe and then the World.

Serfdom, fanatism, racism, racist nationalism, robbery of resources are the real heritage of Europe, not the fine arts, literature, and philosophy. Europeans are deeply infested with racism, colonialism, and imperialism, that even the ones who suffered most, socialize themselves with the abusers, by saying that the “white man brought civilization to the primitives“.

Consider that the notions “slave” and “slavery” evolved since the year 800, after the downfall of Avarain Empire when the Franconian plunder knights began to attack, kill and hijack the last free tribal people of North-Eastern Europe and sell them on the human trade markets of Europe, Africa, and Near East. Whenever the customers asked “which people“, the answer was no more Saxonian, Frisian, Thuringian, Celtic, Britons, etc. but always “Slave“, that the word “slave” replaced the notion serf and “slavery” the serfdom.

Being also “white” like their abusers, the people of eastern Europe deny their history of victimization. Instead, they distance themselves by looking at the much later similar fate of African people, who became prisoners of marauding Arabic desert pirate armies, after the breakdown of Muslim Order of states under the loose leadership of Caliphates of Baghdad and Cordoba, following the lost wars against the European Crusaders and Mongolian hoards and rise of colonialism.

“The majority of slaves traded across the Mediterranean region were predominantly of European origin from the 7th to 15th centuries.“

“Slaves were also brought into the Arab world via Central Asia, mainly of Turkic or Tartar origin. Many of these slaves later went on to serve in the armies forming an elite rank.“

Only pressure can form diamonds! The endless attacks towards the east formed first Poland and then Russia, the owner of huge natural treasures. When the Nazi troops marched on the east front, they were seeking to conquer the huge oil reserves of Russia, not to “liberate” the Ukrainian nation!

Today in the main news program of German TV ZDF, the presenter Claus Kleber shows the Ukrainian Nazis at the Donetsk and Luhansk front and says that “they take care for order and calm“. What do You need more to recognize Fascism, when it knocks on Your door with Nazi-swastika or SS on its helm and a double-hook on its tank?

“ZDF shows them with SS-runes, nazi-swastika, and “Wolfsangel” (double-hook) – presented by Mrs. Eigendorf without critique!

For Mrs. Eigendorf they are “the fighters of the voluntary militia are the new heroes.” Murder as “order and security”.“

From German: For Springer Media and ZDF under the wolfs-rune: The Eigendorfs
Montag, 8. September 2014

Today Fascists are financed by human traders who like to be called “philanthropists“. The original meaning of philanthropy was a more natural, reasonable and human-friendly way of education. The abuse of people begins with the perversion of notions. Therefore the biggest assholes, which tend to be also the super-rich, abuse people by using money and forced to become more rich and powerful.

It is not a coincidence, that the financiers of the “colored protests and revolutions” are also behind the campaigns for “climate change“!

Does it make any difference, if the ruthless, greedy bastards are not called human traders but “philanthropists“?

Why may a super-rich deserve to be called “philanthropist”? Just because he “loves” to trade with people instead of cattle?

We should protect our language because language is abused to program our minds. Liberation from enserfment begins by clearing the notions!

Never forget, it is always about control on and exploitation of resources, never “charity“, “protection of climate“, “democracy“, “freedom“, “human rights“, “civil rights“, “gender equality” “animal rights” and “peace“. All these “good meaning” notions are perverted to serve the interests of perverts.