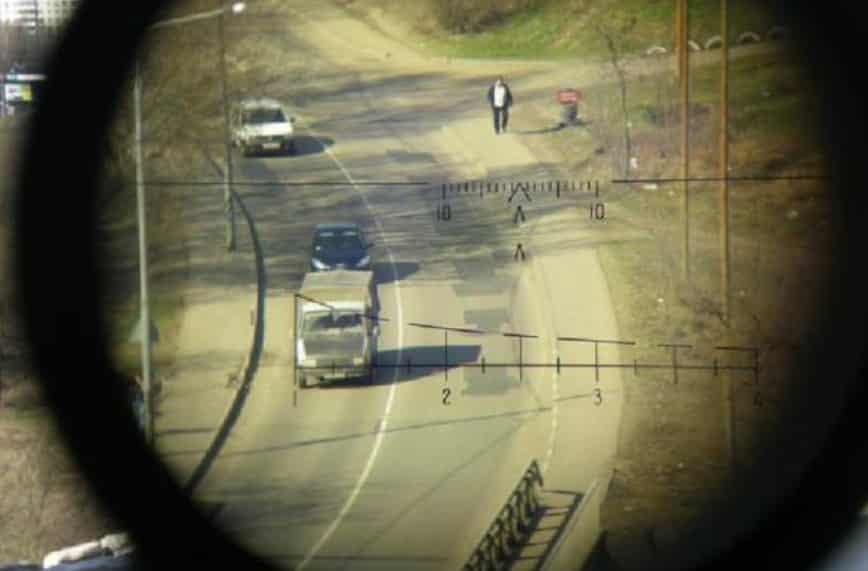 The assassination in Berlin of Zelimkhan Khangoshvili took place on August 23, but the political consequences of this case seem to becoming only now. It is worth recalling briefly what it is about.

In Berlin, at the end of August this year, a Georgian citizen, a Chechen by nationality, and a refugee in Germany, Zelimkhan Khangoshvili, was shot dead. In the early 2000s, during the second Chechen campaign, he fought against the federal forces on the side of the terrorists.

According to some reports, it was Khangoshvili who was behind the development of attacks on Russian convoys in the Sunzhensky district of Ingushetia and also participated in the attack on the Ministry of Internal Affairs in Nazran in 2004. The weapons seized during that raid were then used by the Islamists during the terrorist attack in Beslan.

But then it was not possible to eliminate him, and suddenly he ended up in Georgia. There he began to actively cooperate with the regime of President Mikheil Saakashvili. And somehow this cooperation went so that they began to make assassinations of Khangoshvili in Georgia, and then they put him on the wanted list. But at that time he was already in Germany. Where at first he was identified under close supervision, as a person who might be of national security interest. Then the surveillance was removed, however, at the same time, they did not provide political asylum. And he had to challenge this decision in court.

And then his murder happened in one of the Berlin parks. And after some time, the expulsion from Germany of two Russian diplomats, allegedly “involved in the case.” Which, in turn, translated this crime into a political format.

As for the direct performer, he was caught. This is a citizen of the Russian Federation with a fake passport. And, which is characteristic, either under him or in his home they found a huge amount of money. Which, in fact, does not fit very well with the image of the “eliminating agent” of the Russian special services. But sanctions need to be continued, so the case is being promoted precisely with the version of the “Russian trace”.

Naturally, during the press conference of the Norman Four, Russian President Vladimir Putin was asked about all these events. To which Putin replied rather succinctly: “not Georgians were killed in Berlin, but a militant, a tough and bloody man, he was one of the organizers of the bombings in the Moscow metro.” And many perceived this phrase as a “recognition” that Russia really has to do with eliminating the terrorist.

However, in reality, there was no such recognition. There was a statement of fact. That, someone, killed not a certain Georgian, but a terrorist. A cruel person, on whose hands the blood of several tens, or even hundreds of lives.

Nevertheless, many experts began to speculate about whether Russia (if that is it) had the right to eliminate the militant in the territory of another state, without informing the state.

Here, Putin already remembered other words about Russian politics regarding terror and terrorists: “We will not wipe away the tears from our hearts and souls. It will stay with us forever. But this does not prevent us from finding and punishing criminals. We must do this without a statute of limitations, to know them all by name. We will search for them wherever they hide. We will find them anywhere in the world and punish them. ”

And here they remembered Article 51 of the UN Charter, which, in principle, allows such actions. The article, if anything, reads as follows: “This Charter does not in any way affect the inalienable right to individual or collective self-defense if there is an armed attack on a Member of the Organization until the Security Council takes the measures necessary to maintain international peace and security. The measures taken by the Members of the Organization in the exercise of this right to self-defense shall be immediately reported to the Security Council and in no way shall affect the powers and responsibilities of the Security Council, in accordance with this Charter, with regard to the taking at any time of such actions as it considers necessary maintaining or restoring international peace and security. ”

To make it clear, the maximum practical application and wide interpretation of this article was implemented by the United States after the events of September 11, 2001. And if the States want to eliminate some kind of terrorist in the territory of any state, they inform this state only if it is convenient and beneficial for the States.

Usually, everything becomes known after the fact. But this is not even because the United States is “very evil and bad”, but because it is a rational approach and there is a great risk of information leakage. And then the terrorist, whom they discovered and want to eliminate, will simply run away. Or get ready.

Therefore, in general, if the Russian special services were behind the elimination of Khangoshvili, then they would act in their own right. According to the UN Charter, within the framework of international law, using its right to self-defense.

But, we repeat, there is great doubt that this is Russia. Considering the money found in the terrorist’s killer, the general level of execution, and the fact that the terrorist, apparently, managed to spoof very many influential, and even simply “authoritative” people in Georgia. Yes, in general, and in a terrorist environment, he did not have an unambiguous reputation.

There is a version that Khangoshvili participated in the elimination of actually recruited terrorists, who were supposed to be transferred as a sabotage group from Lopota to Dagestan. But, thank God, something went wrong, a group of militants rebelled and were destroyed. In this liquidation, Khangoshvili was also directly involved. So there were a lot of people interested in his physical elimination, at least based on revenge. Such was the late “versatile” person.

But it is clear that Russia and our special services, and even our diplomats will be blamed for the current political situation. By the way, the murder occurred in late August. But so far, the investigation has not shared any specific information. At a minimum, on the basis of what evidence did German law enforcers decide that there was a “Russian trace” in this case?

And there is an opinion that, as in the British story with the Skripals, we will not hear any clear evidence.