Health Editor’s Note: Suicide is a major public health concern with suicide being the leading cause of death in the U.S. Some portions of our population is seeing an increase in suicide rates. Suicide is simply death caused by self-directed behavior to self-injure with the intent to die. A suicide attempt is a self-directed, potentially injurious behavior with the intent to die as a result of this behavior. That being written, a suicide attempt might not result in an injury.  Suicide ideation is thinking, considering, or planning suicide. This article deals with actual, physical attempts to suicide by using firearms.

We can all agree that suicide is a permanent solution to what may well be a temporary problem.  While the findings of this article, about various suicide attempts, may seem obvious, we can all agree that purposefully ending one’s life can/will be a personal choice that will take you away from your family and friends who will mourn your loss of life and absence in their lives.  Often when making this choice, to commit suicide, issues are clouded, confused, muddled, seemingly huge and insurmountable, etc. Occasionally suicidal thoughts can be brought on by certain medications that might be legitimately prescribed by a doctor.

With the upcoming holiday, of Christmas, when we are expected to feel joyful, wonder, be busy planing, buying, gifting, holiday partying, decorating, baking, driving through dense traffic, etc. you might not feel joyful.  That is not abnormal because not everyone is living the same life. It is okay to not look forward to the holiday, and this may be because of varying reasons that affect you personally. Please, if you are having thoughts of ending your current life you can receive help that might change your decision and plan of action.  If you are in crisis, call the toll-free National Suicide Prevention Lifeline at 1-800-273-TALK (8255), available 24 hours a day, 7 days a week. The service is available to anyone. All calls are confidential. http://www.suicidepreventionlifeline.org …..Carol

9 out of 10 Suicide Attempts Using Firearms Are Lethal

Suicide attempts involving firearms were far more likely to be fatal than attempts using other methods, according to an analysis of hospitalization data.

Of more than 3.6 million suicidal acts recorded in several U.S. government databases from 2007 to 2014, only 4.8% involved firearms, reported Andrew Conner, BS, of Quinnipiac University in North Haven, Connecticut, and colleagues.

But of those, 89.6% were fatal, they wrote in the Annals of Internal Medicine.

“This study helps to highlight the fact that means matter,” Conner told MedPage Today. “I think this will encourage more clinicians to speak with patients about the risk of firearms in the home whether treating people acutely at risk for suicide [or] in a primary care setting.”

The lethality of a method can be affected by its accessibility, how easily it can be aborted mid-attempt, and its inherent deadliness, among other factors.

Conner and colleagues used 2007-2014 discharge records and mortality data from the Nationwide Emergency Department Sample (NEDS), the National Inpatient Sample (NIS), and the National Vital Statistics System. Patients were included multiple times in the analysis if they attempted suicide more than once.

Drug poisoning was the most common method of attempted suicide (59.4%) and was fatal 13.5% of the time. Cutting also accounted for many attempts (21.4%) but was fatal in only 1.8% of cases — though Conner noted that cutting is not always meant to be fatal. 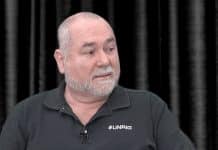