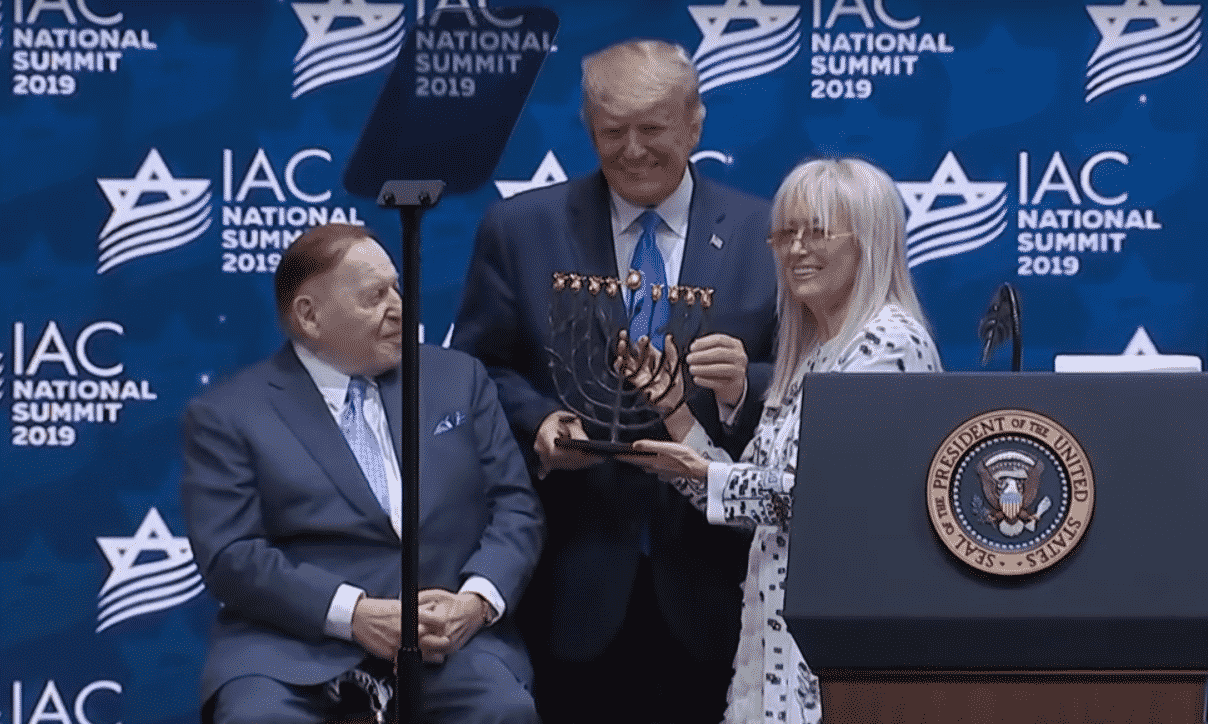 Trump has recently revealed once again that his real boss is none other than Sheldon Adelson, the Jewish Neocon and billionaire who was accused of spreading prostitution in China.[1] Trump gave a speech to the Israeli American Council last Saturday, during which he made the following statements. This is very interesting:

Keep in mind that it was Sheldon Adelson who unflinchingly declared back in 2013 that he wanted the United States to drop an atomic bomb on Iran.[2] According to Rabbi Schmuley Boteach, dropping an atomic bomb on Iran would show “a tremendous demonstration of American strength.”[3] Negotiations or dialogue with Iran, according to both Boteach and Adelson, is “a sign of weakness.”[4] Boteach added:

“When I heard Sheldon make his remark, my initial thought was that his purpose was to goad his more liberal critics into attacking the policy so that their double standards on nuclear threats against Israel could be exposed. I would hope that those who seem alarmed by Sheldon’s overstatement on the extent to which the United States should go to stop Iran from acquiring a nuclear weapon will at least protest that much more loudly against its actual development.”[5]

Trump knows for facts that he is a puppet of Sheldon Adelson. How? Well, back in 2015, Trump unequivocally declared: “Sheldon Adelson is looking to give big dollars to [Marco] Rubio because he feels he can mold him into his perfect little puppet.” Who’s a little puppet now? Who is prostrating before both Adelson and the Jewish lobby? Trump:

Trump again declared that he learned some of his tricks from none other than Sheldon Adelson, whom he refers to as king:

Adelson is a member of the Republican Jewish Coalition and is a flaming Zionist.[6] Adelson “unfortunately” did military service for the United States, but he implicitly declared that he should have done it for Israel instead. As he put it, the only thing he and his Israeli wife “care about is being good Zionists, being good citizens of Israel, because even though I am not Israeli born, Israel is in my heart.”[7] Even during the Bush administration, when different parties were trying to bring in peace talks in the Israel/Palestine conflict, Adelson objected to the idea and proposed that a more hawkish decision was needed.[8]