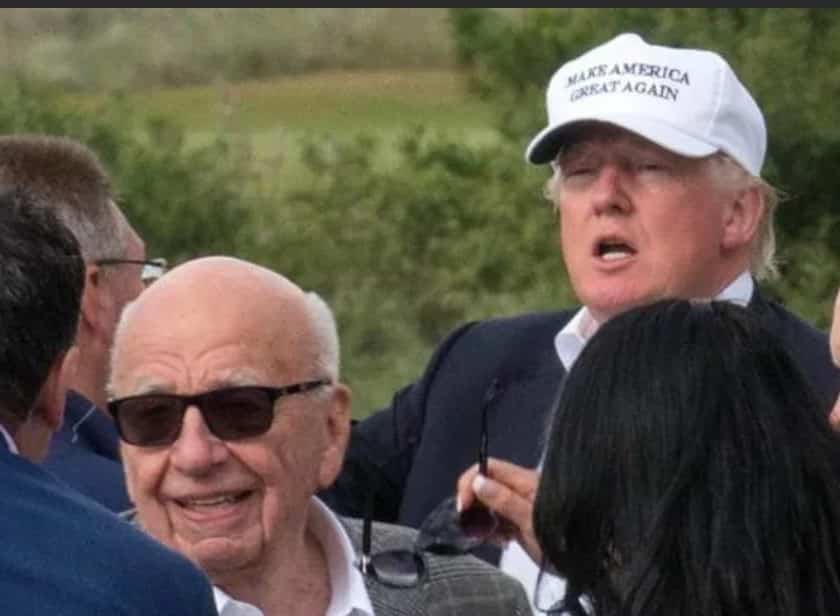 Fox Nation host Britt McHenry on Tuesday filed a lawsuit against Fox News, its parent company and several of its employees over alleged sexual misconduct.

It also accuses the network of attempting to retaliate against her in response to a complaint she filed over the alleged behavior.

“I love ponytails and braids you look amazing and it’s a real turn-on not that you care but I love it,” said one of the text messages from Murdoch, according to the lawsuit filed in the Southern District of New York.

“The picture looks so good I would knock up the picture …. crazy sexy love your legs,” read another message cited in the suit.

McHenry alleges that Murdoch also sexually harassed her in person in the workplace.

Her lawsuit goes on to accuse Fox News of retaliating against her after she filed a complaint in October with the New York State Division of Human Rights, saying she “received far fewer professional opportunities” from the network, including a noticeable drop in on-air invitations.

McHenry, who has hosted the show “UN-PC” on the Fox Nation streaming service, slammed two outside investigations into her claims. She said that pictures surfaced by one of them, purporting to show that she sent Murdoch explicit pictures unrequested, were ripped off of the internet.

“A simple Google Image search shows that the first image was taken from a website and the woman depicted was not Ms. McHenry,” the lawsuit added.

McHenry defended herself on Twitter, saying she’s standing up for other victims of sexual harassment.

“I am standing up for myself, for women and for what’s right. I have maintained the same allegations because the truth doesn’t change. I feel for any sexual harassment victim who has their story and evidence dismissed, doubted and not believed,” she tweeted.

A Fox News spokesperson stated that the network responded to similar claims that the host filed with the New York state agency in October.

“Ms. McHenry’s lawsuit recycles the same allegations she filed with the New York State Division of Human Rights in October, to which we filed a response on Friday,” a Fox News spokesperson said in a statement to The Hill.

“As we have previously stated, Ms. McHenry’s allegations have been fully investigated and we are confident our actions will be deemed entirely appropriate in litigation. We expect all of her claims to be dismissed,” the spokesperson added.