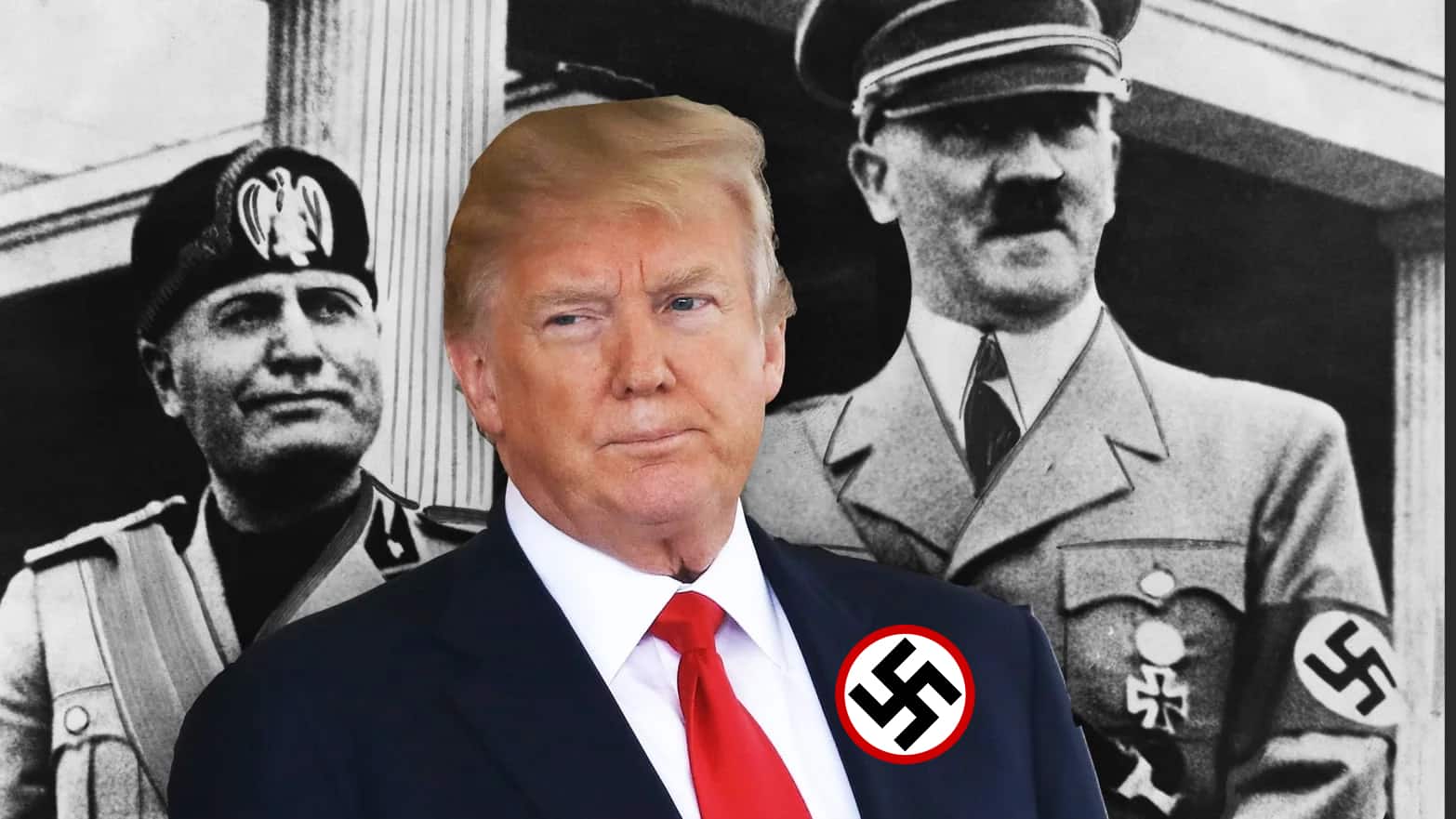 President Donald J. Trump, in a speech to The Organization of Eminent Jewish-American Magnates (TOEJAM), shocked his audience yesterday by vowing to “finish the job Hitler started.”

“A lot of you are in the real estate business because I know you very well. You’re brutal killers, not nice people at all,” Trump said. “That’s why, together, we can finish the job Hitler started.”

Amid audible gasps, Trump continued: “By ‘finish the job,’ I mean the Greater Israel project. Did you know that without Hitler, Israel never would have existed? It was Hitler who signed the Transfer Agreement to send Jews to Palestine. He later became the Zionists’ number one PR asset. Without Hitler and the Nazis, the world never would have allowed you, brutal killers, to slaughter and expel the Palestinians.” 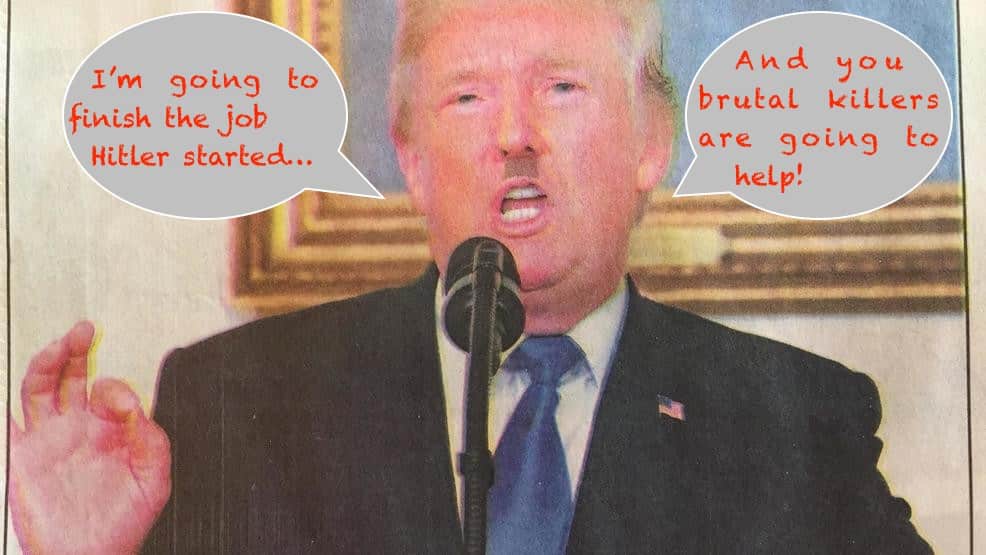 Trump continued: “Today, I’m here to tell you we’re going to finish the job. We’re going to slaughter and expel the rest of the Palestinians. And if the Iranians try to stop us we’ll slaughter them too. That’s why Sheldon and Bibi and the MAGA Group—excuse me, I mean the MEGA Group—put me in the Oval Office in the first place.”

From stunned silence, the audience suddenly broke into a chorus of “Heil Trump! Heil the New King of Israel! Sig heil! Judea Uber Alles!” Fat wallets were extracted from fatter rumps, checkbooks and cash bundles emerged from briefcases, and pandemonium reigned as Trump smartly goose-stepped off the stage to the tune of the new national anthem “The Star of David Spangled Banner.”