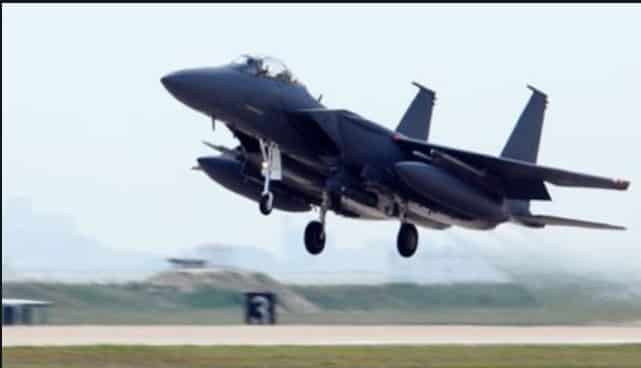 Al-Qaeda in Syria has two noteworthy apologists. One is the jihadist propagandist Bilal Abdul Kareem, a former disgraced correspondent for CNN, often seen in videos sporting a long beard and reporting from the ground in the al-Nusra Front strongholds in northwestern Syria, and the other is the self-styled Syria analyst and the fellow of the Middle East Institute Charles Lister.

Recently, the latter spin-doctor has written a research paper for the Hudson Institute, titled “The Syria Effect: Al-Qaeda Fractures,” [1] in which he has tried to prove that militants of al-Qaeda in Syria are not “bad guys” per se, rather they are “good terrorists” whose ambitions are restricted to fighting the Syrian government, and they don’t intend to mount terror attacks in the Western countries.

In conclusion of the lengthy screed, he has craftily proposed “Gaza-fication” of Syria’s northwestern Idlib, where like the Hamas in Gaza, the so-called “Salvation Government” of the al-Nusra Front, the Syrian affiliate of al-Qaeda, can be recognized as a legitimate government administering the northwestern enclave under the tutelage of Ankara.

Unwittingly, however, Charles Lister has spilled the beans in the article about a July 30 American airstrike in rural Aleppo that killed several high-profile jihadist dissidents, who had challenged the unity of the Washington-backed insurgency against the Syrian government offensive in northern Hamah and Idlib in late April.

Before getting into details, it’s worth noting that Hurras al-Din is a small radical outfit in Syria’s northwestern Idlib that split in 2018 from al-Qaeda in Syria, which was formerly known as al-Nusra Front until 2016, and now as Hayat Tahrir al-Sham (HTS).

An excerpt from Charles Lister’s research paper reads: “When the Syrian regime and Russia launched their all-out military offensive on northwestern Syria in late-April 2019, a debate ensued within Hurras al-Din – a breakaway faction of Tahrir al-Sham, formerly known as al-Nusra Front – should they assist Tahrir al-Sham and other opposition groups by reinforcing their frontlines in northern Hama?

“Given al-Qaeda Central chief Ayman al-Zawahiri’s public directives indicating the importance of Islamist unity and sustaining the armed struggle against the regime, the leader of Hurras al-Din Abu Hammam al-Suri and his deputy Sami al-Oraydi emerged as tacitly supportive of helping other jihadist groups, including Tahrir al-Sham, wherever necessary.

“The debate over Hurras al-Din’s role on Tahrir al-Sham’s opposition frontlines spilled out into the open in late June of 2019, when Hurras al-Din leader Abu Hammam al-Suri expelled two prominent Hurras al-Din clerics, Abu Dhar al-Masri and Abu Yahya al-Jazairi, for having issued non-sanctioned rulings forbidding fighting in northern Hama. Some alleged Abu Yahya had gone as far as pronouncing takfir on Tahrir al-Sham, thereby excommunicating them from Islam and labeling them apostates and legitimate targets for attack.

“However, neither Abu Hammam nor Oraydi turned up at the planned arbitration on June 25, leading the court’s chief, Abu Amr, to issue a furious five-minute audio statement accusing HaD’s leaders of nepotism. Abu Amr was swiftly expelled from Hurras al-Din, and this led another senior leader, Abu Yaman al-Wazzani, to declare in exasperation ‘the jihadist project over.’ Later that day, a statement confirmed that Wazzani and another fellow critic, Abu Musab al-Libi, had also been expelled from Hurras al-Din.

“Tensions persisted through the summer of 2019, albeit less intensely. But in a mysterious twist on June 30, 2019—just days after the above-mentioned crisis—Abu Amr al-Tunisi, Abu Yahya al-Jazairi and Abu Dhar al-Masri were all killed, along with three other allied hardliners (Abu al-Fid’a al-Tunisi, Abu Dujana al-Tunisi and Abu Ibrahim al-Shami) in an American airstrike that targeted a meeting of Hurras al-Din detractors in rural Aleppo.

“That was the first American strike in northwestern Syria in more than two years and it was followed up two months later by another on August 31, 2019, targeting Hurras al-Din ally Ansar al-Tawhid. Al-Qaeda veteran Abu Khallad al-Mohandis was also killed in an improvised explosive device attack that targeted his personal vehicle in Idlib city on August 22, 2019.”

It becomes abundantly clear after reading the excerpts from Charles Lister’s article that not only has Washington provided weapons and training to militant factions battling Damascus but it has also conducted airstrikes eliminating jihadist dissidents who dared to threaten the unity of large militant outfits in northwestern Idlib, such as Tahrir al-Sham, formerly known as al-Nusra Front.

During the eight-year proxy war in Syria, Abu Mohammad al-Jolani, the leader of al-Nusra Front, has emerged as the second most influential militant leader after the Islamic State’s slain chief Abu Bakr al-Baghdadi. In fact, since the beginning of the Syrian conflict in August 2011 to April 2013, the Islamic State and al-Nusra Front were a single organization that chose the banner of Jabhat al-Nusra.

In August 2011, Abu Bakr al-Baghdadi, who was based in Iraq, began sending Syrian and Iraqi jihadists experienced in guerrilla warfare across the border into Syria to establish an organization inside the country. Led by a Syrian known as Abu Mohammad al-Jolani, the group began to recruit fighters and establish cells throughout the country. On 23 January 2012, the group announced its formation as Jabhat al-Nusra.

In April 2013, Abu Bakr al-Baghdadi released an audio statement in which he announced that al-Nusra Front had been established, financed and supported by the Islamic State of Iraq. Al-Baghdadi declared that the two groups were merging under the name “Islamic State of Iraq and Syria.” The leader of al-Nusra Front, Abu Muhammad al-Jolani, issued a statement denying the merger and complaining that neither he nor anyone else in al-Nusra’s leadership had been consulted about it.

Al-Qaeda Central’s leader, Ayman al Zawahiri, tried to mediate the dispute between al-Baghdadi and al-Jolani but eventually, in October 2013, he endorsed al-Nusra Front as the official franchise of al-Qaeda Central in Syria. Abu Bakr al-Baghdadi, however, defied the nominal authority of al-Qaeda Central and declared himself the caliph of the Islamic State of Iraq and Syria.

Excluding al-Baghdadi and a handful of his hardline Islamist aides, the rest of Islamic State’s top leadership is comprised of Saddam-era military and intelligence officials. According to a Washington Post report [3], hundreds of ex-Baathists constitute the top- and mid-tier command structure of the Islamic State who plan all the operations and direct its military strategy.

It is an indisputable fact that morale and ideology play an important role in battlefield, and well-informed readers must also be aware that the Takfiri brand of most jihadists these days has directly been inspired by the puritanical Wahhabi-Salafi ideology of Saudi Arabia, but ideology alone is not sufficient to succeed in battle.

Looking at the Islamic State’s astounding gains in Syria and Iraq in 2013-14, a question naturally arises that where did its recruits get all the training and state-of-the-art weapons that were imperative not only for hit-and-run guerrilla warfare but also for capturing and holding large swathes of territory in Syria and Iraq.

According to a revelatory December 2013 news report [4] from a newspaper affiliated with the UAE government which supports the Syrian opposition, it is clearly mentioned that along with AK-47s, rocket-propelled grenades and other military gear, the Saudi regime also provided machine gun-mounted Toyota pick-up trucks to every batch of five jihadists who had completed their training in the training camps located in Jordan’s border regions along southern Syria.

Once those militants crossed over to Daraa and Quneitra in southern Syria from the Jordan-Syria border, then those Toyota pickup trucks could easily have traveled all the way to Raqqa and Deir al-Zor in eastern Syria, and thence to Mosul and Anbar in Iraq – the former strongholds of the Islamic State.

It is clearly spelled out in the report that Syrian militants got arms and training through a secret command center known as the Military Operations Center (MOC) based in the intelligence headquarters’ building in Amman, Jordan, that was staffed by high-ranking military officials from 14 countries, including the US, European nations, Israel and the Gulf states to wage a covert war against the Syrian government.

[2] Al-Jolani was appointed as the emir of al-Nusra Front by al-Baghdadi:

[4] Syrian rebels get arms and advice through secret command center in Amman: