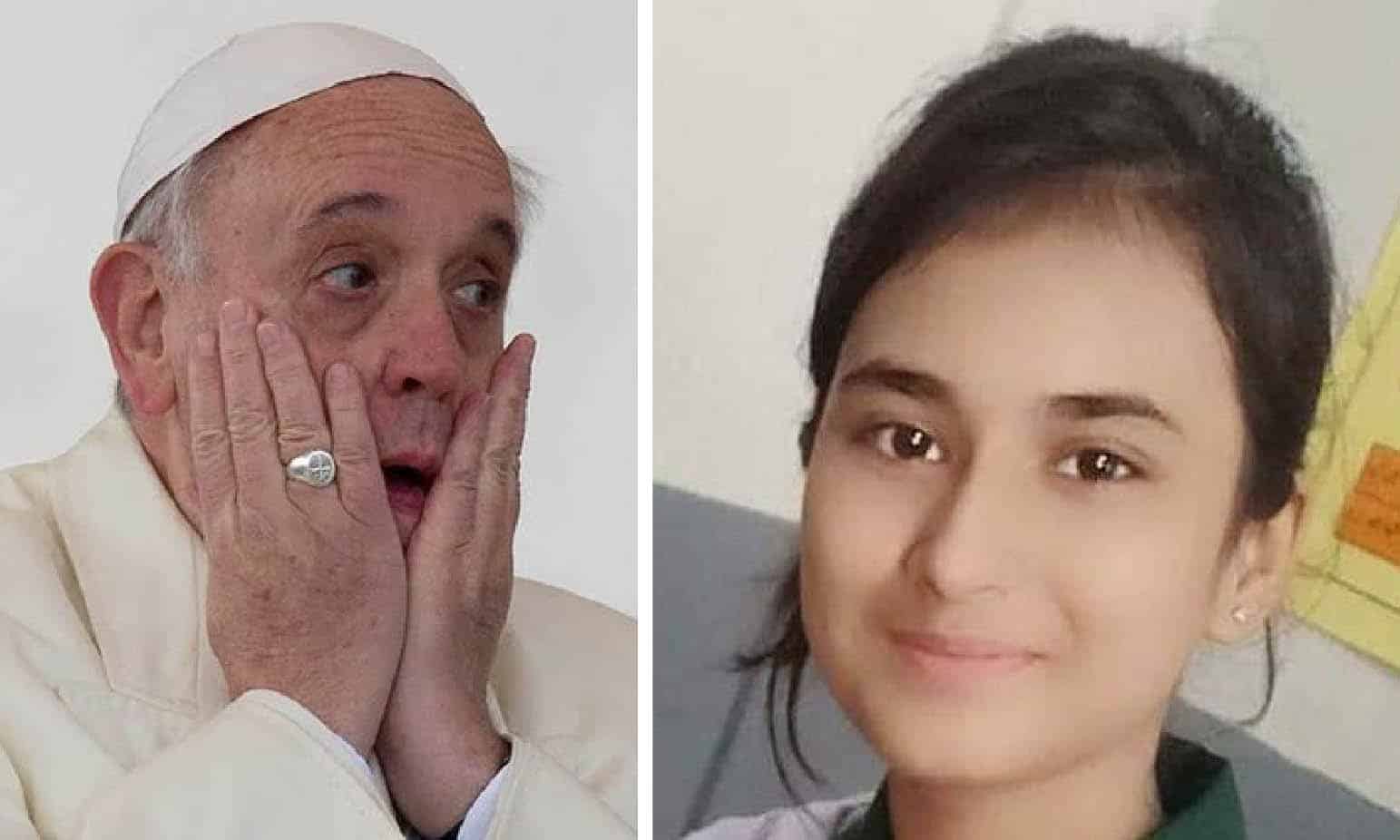 The parents appeal to Pope Francis to intervene to help them bring home their 14-year-old Christian daughter abducted by a Muslim and forcibly converted to Islam to have the legal motivation with which to marry her. This is happening in Pakistan, where Asia Bibi has lived her long imprisonment, so the threats of the Islamic man are arriving.

“If you don’t stop looking for your daughter, we’ll accuse you of blasphemy.”

These are the threats of the Muslim Abdul Jabbar to Huma Younas’ parents and lawyer. The family’s lawyer, Tabassum Yousaf, reported this to the pontifical foudation Aid to the Church in Suffering (ACS). It is the latest development of the dramatic story of the fourteen-year-old Christian abducted in Karachi, Pakistan on October 10 last year, converted by force and forced to marry her kidnapper, the Muslim Jabbar.

“It often happens that the kidnappers threaten family members to accuse them of blasphemy – explains the Catholic lawyer – an accusation that in Pakistan involves the death sentence”. As Asia Bibi, the peasant mother of five children, risked just for defending her faith in Christ.

In cases like Huma’s it is very difficult for families to get justice. “Christians are poorly educated and do not know their rights – continues Yousaf – and are too poor to bear the legal costs necessary to take the case to court. So the kidnappers have the upper hand, often thanks also to the same police officers who in addition to discouraging parents, tell the kidnappers the legal loopholes to use “.

It is unfortunately a dramatic pattern that is repeated every time a Christian girl – even a minor like in the case of Huma – is kidnapped, raped, forced to convert and marry her tormentor.

“Faced with the tragedy of this teenager and her parents, Aid to the Church in Suffering is not indifferent – says Alessandro Monteduro, director of ACS-Italy – We will support all the family’s legal fees. So that for once the Christians of Pakistan can have justice. Our hope is also that a possible favorable outcome of the affair may discourage new forced conversions of Christian youth “.

In a video recorded in Pakistan and circulated to the international media, the parents also addressed” to the Holy Father Francis, to the international community, to the Pakistani politician Bilawal Bhutto Zardari, son of the former premier Benazir Bhutto’s death, to the country’s premier, to the president of the Supreme Court, to the head of the armed forces. They ask for an urgent intervention “, underlines the lawyer, also a Christian.

Lawyer Yousaf has filed a petition with the High Court of Sindh, the province of Karachi, denouncing Adbul Jabbar for kidnapping, forced conversion and forced marriage. Despite the fact that the family presented the girl’s birth and baptismal certificates, attesting that Huma is 14 years old, her abductor claims that the young woman actually has 18 years. Probably helped by local police officers, the man also filed a lawsuit against Huma’s parents.

“Unfortunately in Pakistan, even if you are right, it is not so easy to obtain justice,” explains Tabassum Yousaf.

The involvement of local politicians and media will still be fundamental, as they have remained silent despite the interest of international media in the affair. That is why this morning, at 10am Italian time (14 local time), the lawyer and parents demonstrated publicly in front of the Karachi Press Club. “If no one intervenes locally – adds the lawyer – the risk is that Huma can no longer return home.”