The recent election victory of Boris Johnson as Prime Minister in the U.K. has made the regressive run and hide Brexit an il fait acompli.  In other words, it’s on!  But what are the consequences?

Well, immediately, the issue of Scotland going full independent is back on.  Ireland too!

Scotland and England have a chequered history, with the adjoined countries spending many hundreds of years warring.

In 1707 the two countries unified under James the 6th, the Stuart Kin, becoming known, along with the already unified Wales as Great Britain.

In 1922, Great Britain and Northern Ireland joined to become the United Kingdom, although it hasn’t exactly been marital bliss since then, with the question of a kingdom breakup never being too far from people’s lips… 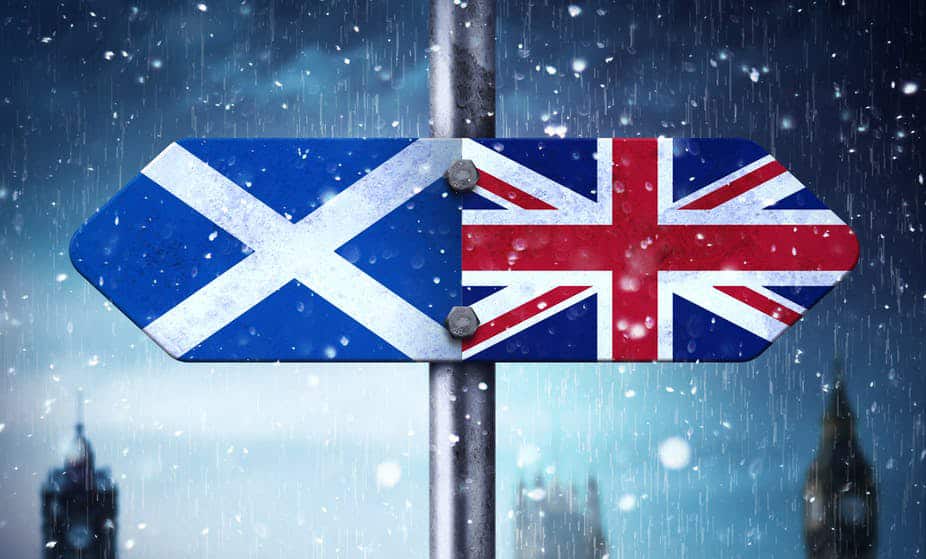 What are the consequences?

Well, if this happens and both Scotland and Ireland go rogue, it will make the U.K., if we can even call it that anymore, lose land, GDP, global leverage and much more.  In fact, if this happens, it will lose its name as well.  We will have to call it “England plus Wales”.

But the bigger consequence will be a further erosion of global influence; a shrinking violet running from the global stage in fear of the future while 21st Century movers and shakers like China continue to dominate 21st Century globalization confirming that the world is now in the Asian Century.

The Vegas odds of Scotland and even Ireland going full rogue are much higher this week than at any time over the last 300 years.  This writer puts it at a 50% chance of happening.  So stay tuned folks cause our global world is changing.  In fact, new players are stepping up while some like U.K. are hitting the global bleachers where they can watch as they get dictated to by the new First Order!

What do you think?

And who’s next on the break-up train?

In my view, I actually think the USA is ripe for a break-up.  It’s just not working and worse, its’ population is truly splitting up its culture and ethos into two distinct drifting factions.

In fact, the Trump Party in the USA has made it a topic of conversation around big players who have no say in its government such as California.  Just like the lack of representation is causing Scots to strongly consider going roque so it goes in California. it’s the same thing.

California, with it’s over 40 million people and the 5th largest economy in the world has virtually zero say in what Trump’s USA does.  Instead, it’s on equal par with states like Iowa which has a population so small that the whole place can fit into a small California city.  Trump’s USA has contempt for California and it’s peoples.  Something’s gotta give folks.

Worse, the values of the Trumplandia Party are moving farther and farther apart from about 60% of the USA creating two separate cultures and ethos.

Trumplandia wants a whites-only dominated future closed in by walls protecting its “way of life” and the other, a diverse inclusive population engaging with the globalized world without fear.

As it stands, it’s a Cold Civil War but if Trump gets in again with less than the popular vote, the calls for break-up will grow louder and louder.  Huge powerful places like California cannot continue to be ignored and governed by those that don’t have it’s best interest at heart.  So will there be a U.S. Civil War 2.0?  The world is changing.  Stay tuned!

Oh, in honor of coming fall, I give you “The Fall”, a song I wrote about the end.  It’s on my upcoming new record, PunishMania. Check it out!  Get the free download!